Locked in tin shacks and chained to rusty hospital beds, Africans with mental illness have been abandoned by their government, neglected by foreign aid advocates, and persecuted by their society. Mental health professionals have fled South Sudan and infrastructure for care has crumbled. The oil industry has graced the Nigerian economy with billions of dollars, but the Delta region, where the oil is extracted, has been plagued with corruption, violence, and mass inequality ever since. In these regions, sickness is thought of as a curse from the spiritual world. The severely mentally disabled are shackled in the dark corners of Juba Central Prison as spiritual remedies are sought.

“After 12 years of documenting human rights issues, I’ve never come across a greater assault on human dignity. These people are unseen and therefore their suffering ignored. This project is being produced in the hope that no longer will ignorance be able to be used as an excuse for inaction.” —Robin Hammond

In 2011, photographer Robin Hammond undertook the long-term project of documenting the lives of mentally ill men and women in Africa. He travelled to the war-devastated areas of South Sudan, Uganda, Mogadishu, Congo, and the refugee camps of Dadaab and Somalia to explore the facilities for those with mental disabilities. His project is now published as a book titled Condemned. His gut-wrenching photos show how the discovery of a gluttonous resource has sentenced the most disadvantaged to a life resigned to the shadows. 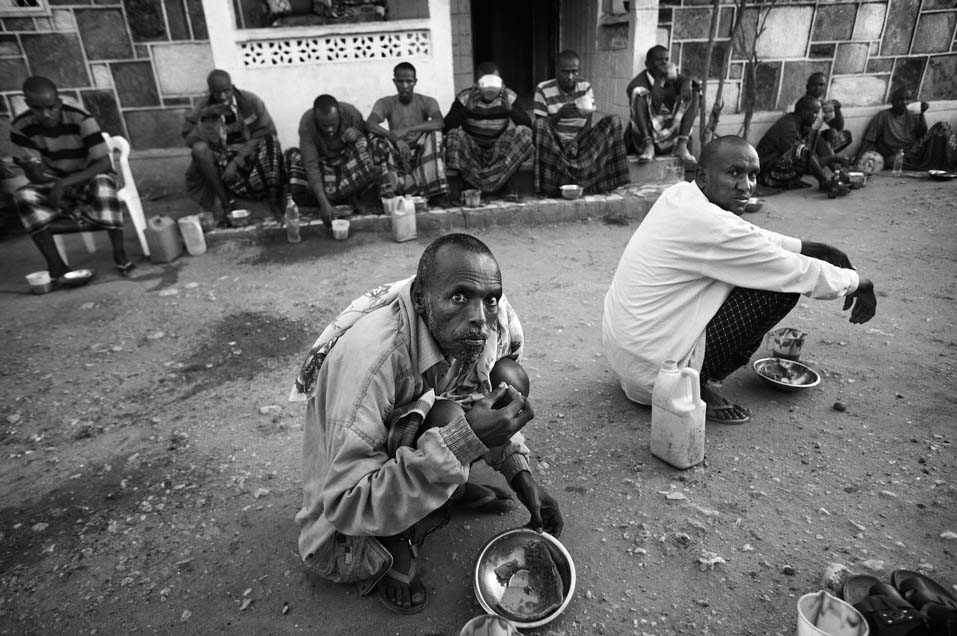