It’s that time of year where the excitement for the summer’s music festivals has started to mount, and with it the disappointing realization that life might keep you from seeing all the bands you want to see. There are so many impediments to going to even one festival – high costs for travel, accommodations and the tickets themselves, as well as the obligations of work, school, or family that stop people from taking the necessary vacation time off – that the fact that some people can make it out to several in a single year is impressive. 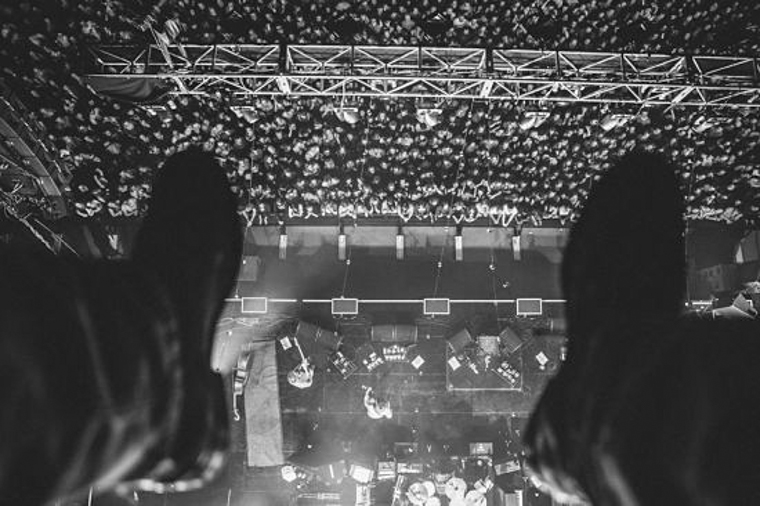 Marcus Haney offers up a possible solution for the festival-obsessed. Last year, Haney released a film called No Cameras Allowed, which documented the over-50 music festivals he’s attended since 2010. The catch? He snuck into all of them. Haney gave rides to Craigslist strangers for gas money to Coachella; he hitchhiked from Spain to England for Glastonbury. He’s jumped fences, faked wristbands, posed as security, and slept underneath porta-potties to get into festivals. He’s even snuck into the Grammys.

In the process, Haney has become close friends with major bands like The Naked and Famous, and Mumford and Sons. Because of his devil-may-care attitude to the standard rules of concert photography – your shooting location and time is usually dictated by the band’s management or the concert promotion company – he is now one of the most in-demand concert photographers in the world. And of course, he’s seen a hell of a lot of great performances.

One thing that’s particularly interesting about Haney’s sneaky attempts is how low-risk they ended up being. He’s failed spectacularly several times but has faced few consequences – he’s never been arrested, and when he gets kicked out he just changes his shirt and finds a different way in. Everyone always worries about the repercussions of breaking the rules, but Haney shows how in certain situations the punishment isn’t really so bad. 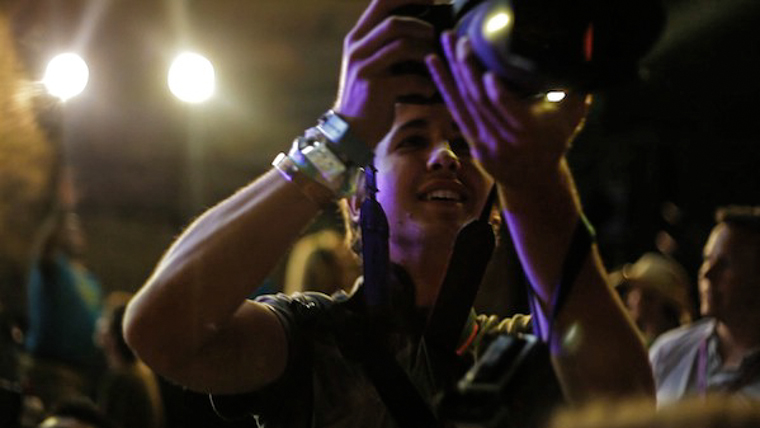 That being said, it’s important to note a couple things before you go on your own fence-hopping excursion. The first is that now that the holes in festival security have been exposed by Haney’s documentary, management will probably crack down a little harder by both increasing security and doling out more severe punishment. The second is that Haney wasn’t just doing this to see a bunch of free shows – he was contributing to the culture with both his photos and the film. He’s questioned the morality of his actions and decided, perhaps correctly, that any money that he took out of artists’ pockets has been compensated for by the positive press he’s given these festivals and the culture surrounding them through his work. It’s significant to remember that the music industry is in a really crappy financial state right now, with live festival performances being some of the only reliable income that these artists have to survive.

So if you’re planning to mimic Haney’s actions, mimic his morals too—do something creative and positive with the results. And while you’re at it, do me a favour and cover better bands than Mumford and Sons.