When you see an airplane overhead, what do you think about? Do you consider the sheer volume of work that goes into each flight? Are you jealous of the people that are travelling somewhere? Most likely, you don’t think much of it. This sight has become so common that it is more or less invisible; basically it’s taken for granted. At least that’s what Mike Kelley, an LA-based architectural photographer, thought when he set out on a two-year journey of capturing “airportraits.”

“To some people, the entire process of flying is pretty mundane. But if you think about it, it’s just utterly fascinating and I wanted to find a way to show that. From the airport itself, to the staff involved, the logistics and processing power it takes,” he said. “And the machinery itself, a perfectly engineered metal tube hurtling through the sky at 600 miles per hour full of people who wouldn’t last 30 seconds in the hostile environment that they are protected from. I get all giddy just thinking about it- we’re living in the future. And we do it incredibly safely, efficiently, and reliably.”

His idea was born at LAX in 2014. Initially he wanted to portray the volume of air traffic in LA by capturing multiple takeoffs and editing them together in a single image to show various flight paths. Fast forward a couple of years and Mike was travelling to 18 different airports around the world. Choosing the most visually appealing and iconic airports to photograph was simple (think of how iconic Heathrow is or Haneda, the busiest airport in the world). The challenge came with the actual photography and editing.

It took a minimum of three days at each airport, with a couple of weeks of post production for each image. His process began with scouting out a location to shoot, which included him finding a spot that would add in a local flavour to the photos as well as figuring out natural lighting. This was easier said than done as he faced his fair share of struggles, like figuring out how to shoot in Dubai where planespotting is illegal, shooting from a boat in Tokyo and having to make three trips to London to just get images he was happy with.

Post-production was a challenge as he had about 10-15 shots per each plane in the the photos. Trying to keep everything as realistic as possible, the editing process was very tedious. It was a matter of adjusting brightness, colour, and adding global adjustments like colour grading and contrast- some of the files have hundreds of layers to make the image work.

“What I love about these images is that they can mean so many different things to so many different people. Whether it’s a love of aviation, a love of travel and far-off destinations, an interest in globalization and commerce, the environmental and social impacts of aviation, there is really so much that can be gleaned from these images,” Kelley said.

Check out some of Mike’s final images below. 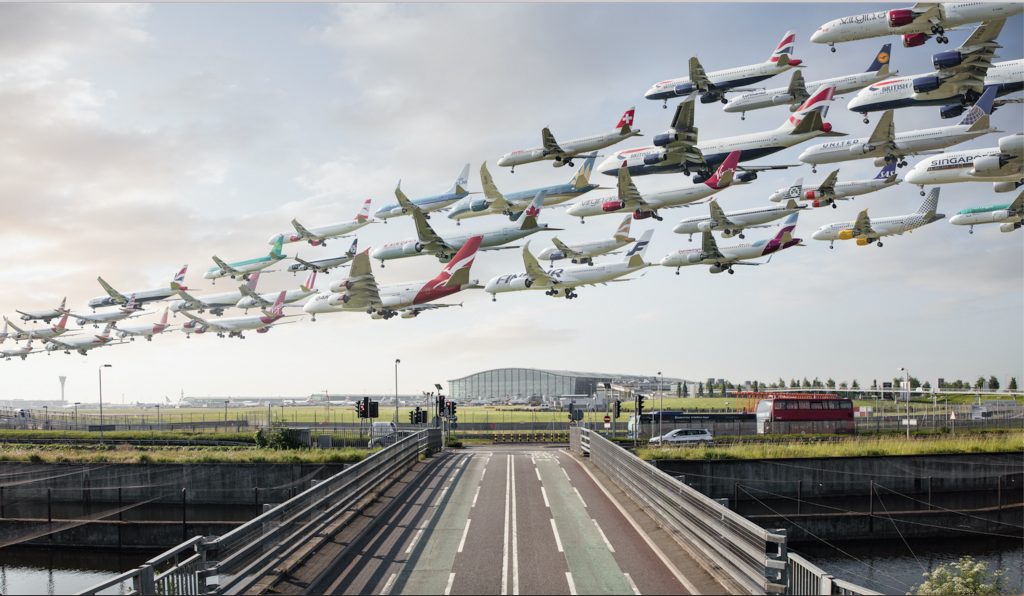 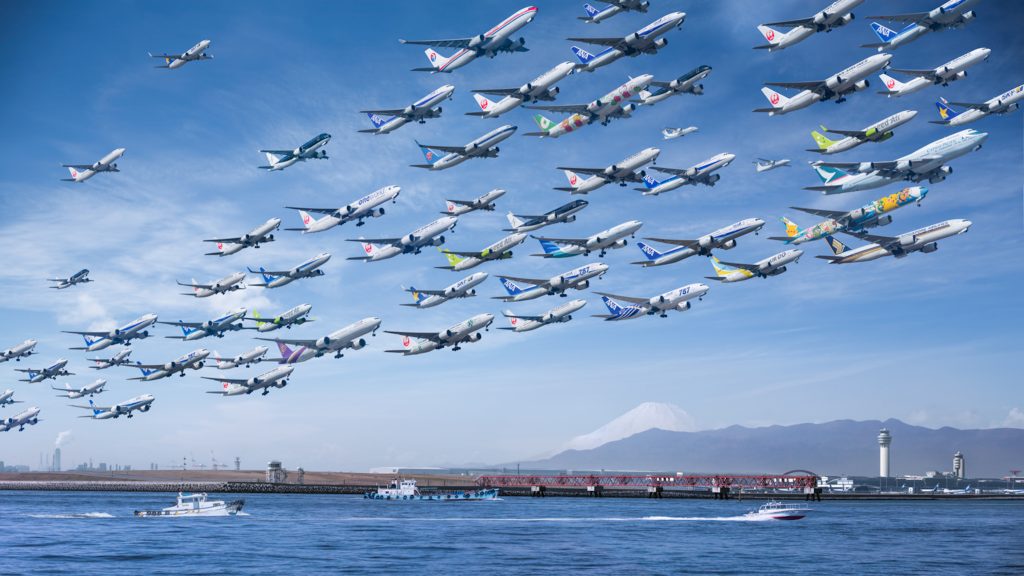 These photos can be purchased here and you can follow Mike’s photography here.