This zoo lets animals roam freely, while visitors are in cages

Home » This zoo lets animals roam freely, while visitors are in cages

Chongqing City in China is home to the Lehe Ledu Wildlife Zoo. It seems like a typical zoo – Bengal tigers, white tigers and bears are just a few of the animals that visitors will see – however, if you choose to stop by, you’ll be the one in a cage.

The zoo gives visitors the chance to come face to face with predators. Visitors pile into a truck, which has a cage on the back, and drive through the animal enclosure. The animals often come right up to the cage, most likely because guests are encouraged to dangle sticks with large chunks of raw meat on the ends out of the sides of the cage. 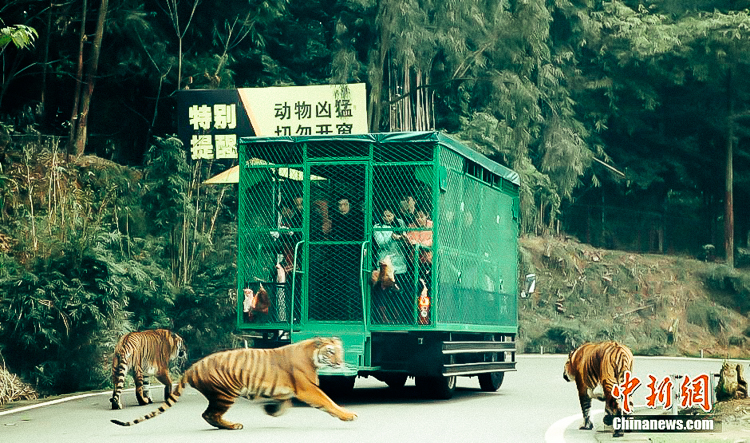 “We wanted to give our visitors the thrill of being stalked and attacked by the big cats but with, of course, none of the risks,” said zoo spokeswoman Chan Liang to Oddity Central. “The guests are warned to keep their fingers and hands inside the cage at all times because a hungry tiger wouldn’t know the difference between them and breakfast.”

After being launched in early 2015, the attraction was sold out for three straight months. While some are obviously thrilled about the idea, others aren’t so sure. According to the Daily Mail, the attraction has been described as an accident waiting to happen.