Most of us don’t overthink as we indulge in our favourite piece of chocolate. Okay, maybe we think about putting in five extra minutes on the elliptical – but it doesn’t keep us up at night. Yet the world’s chocolate industry is one that is deeply entwined in corruption and environmental degradation. And it’s the cause of devastating deforestation in West Africa.

Cocoa traders who sell to giant companies such as Mars are illegally growing beans inside areas that are protected in the Ivory Coast. Since 1960, rainforests have experienced a reduction of over 80 per cent. At one point, one quarter of the country was covered in forest. Today, less than four per cent of the country remains covered.

Seventy per cent of the world’s cocoa is produced between a large belt that extends from Sierra Leone to Cameroon. The Ivory Coast and Ghana are the biggest producers.

According to the environmental group, Mighty Earth, if the global demand for chocolate continues at this level, there will be no forest left by the year 2030. Farmers remove trees one by one, and plant more cocoa as they go. They believe that newly deforested soil produces the most cocoa beans. 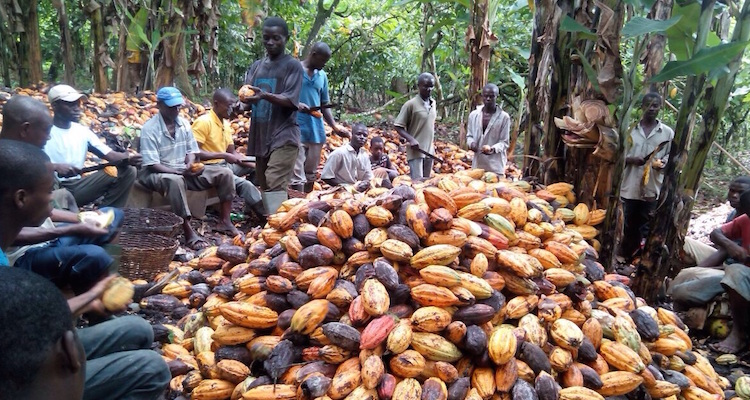 It’s also complicated because the livelihood of local farmers is dependent upon this trade. They are also not the ones who are exactly profiting from chocolate. Many live in poverty and face exploitation. In fact, families are committed to this industry, which renders children unable to attend school because they work alongside their parents and siblings on plantations.

They’re also forced to work under dangerous conditions, including using machetes and carrying heavy loads. A report conducted by the Fair Labor Association (FLA) in 2014 found children younger than 15 working in farms connected to Nestle. 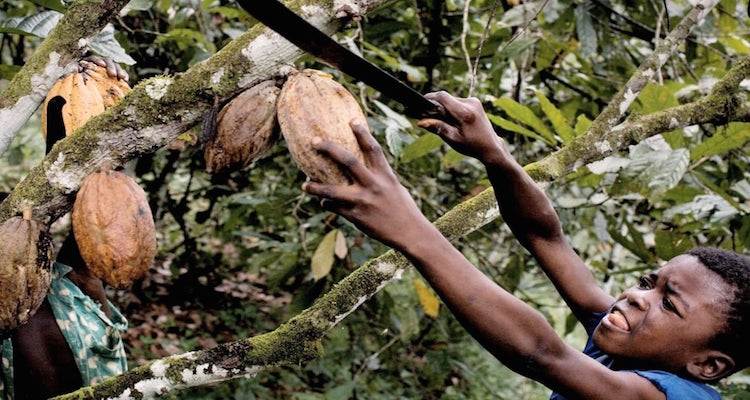 The International Labor Organization states that Africa has the largest number of child workers in the world. 59 million children between the ages of 5 and 17 are involved with hazardous work. Over one in five children are employed against their will.

Cocoa farmers in the Ivory Coast are selling beans below the government minimum price, due to the global price decline. Competition is fierce, meaning that famers must keep up with competitive, cheap rates of selling, or lose out on any revenue. Currently, around 2 million small farmers in West Africa rely on cocoa for their livelihoods. Environmental factors impede upon these sales as well.

Most parts of the West African cocoa belt experience relatively long dry seasons. Annual rainfalls fell by 30 per cent in the West African savannah during the second half of the 20th century. Global warming threatens to exacerbate the production of cocoa as well.

What often gets lost in the narrative of cocoa demand and deforestation is the shattering impact on wildlife. Animals such as leopards, chimpanzees, pygmy hippos, and elephants are facing daily threats to their existence. Since forests become less dense, the animals are forced into smaller areas where poachers easily track them down.

The world demand for chocolate is around 3 million tonnes a year.