The world’s most friendly (and powerful) passports

If you had the choice of any passport you liked, which would you choose?

As it turns out, your passport says more than you might realise about your level of access to the world.

European countries tend to own the best passports: according to international citizenship and residency planning consultancy Henley and Partners, 9 out of the top 10 “friendliest” passports come from Europe. Friendly? Yes – the passports whose holders have the greatest degree of visa-free travel.

German and Swedish citizens have the friendliest passports in the world, according to the 2016 “Global Passport Power Ranking“. Finland, France, Spain, Switzerland, and the United Kingdom are second-place.

Australia only allows visa-free access for New Zealanders, but European Union citizens may enter free of charge if they have an eVisitor authority. Everyone else must pay between $135 and $340 for a tourist visa – charges which the Transport and Tourism Forum is actively lobbying the government to reduce.

If Australia is comparatively well off, which passport is the least desirable?

That position is held by the Afghani passport, which has visa-free access to just 25 nations.

Henley and Partners monitor the visa regulations around the world on an ongoing basis, and analyze changing requirements every year. They believe visa regulations represent an important tool by which governments control the movements of people through their borders.

Visas aren’t just a standard requirement which most countries impose on non-nationals wanting to enter the country. Visa requirements, or the lack of visa requirements, are also a way of representing the relationship between different nations as well as a country’s status in the global community.

When a country considers giving visa-free access to another country’s citizens, they take into account the two countries’ mutual diplomatic relationships, any reciprocal visa arrangements, whether there might be security risks, or whether there are risks that visa terms will be violated.

Countries which are allies usually give each others’ citizens a quick and easy “visa on arrival.” Countries which are on less friendly terms may require visitors to give entry as well as exit details, letters of invitation, or more personal details – like the clubs they were members of in high school. In addition, of course, to a hefty fee.

If a country suddenly becomes wealthier, allowing its citizens to spend more on tourism, then it may also find its citizens being more warmly welcomed elsewhere. This is likely one of the reasons why advanced economies tend to be at the top of the rankings.

Australia was recently kept out of a list of 45 countries being offered visa-free entry to Indonesia. The reason was given as strained relations between Australia and Indonesia due to the imminent execution of two convicted drug traffickers from Australia.

Asian and European countries who were offering reciprocal access were being added to the visa-free list. Indonesia insisted on receiving visa-free travel to Australia at the same time as they provided it to Australians. (Australians currently pay $45.76 AUS to enter Indonesia for a 30 day stay.)

India, the Republic of Korea, the United Arab Emirates and Hong Kong have run quickly up the list in the last few years as their international relationships improved. Zimbabwe, St. Kitts and Nevis, Antigua and Barbuda, and Venezuela also rose in the rankings recently after they struck agreements that allow visa-free travel with other nations.

China is something of an outlier in the rankings still. Though Chinese tourists are among the most sought-after for tourism boards and chambers of commerce around the world, only 44 countries offer Chinese nationals visa-free entry. That places China one spot below Vietnam, tied with Congo, Cameroon, Rwanda, and Jordan. 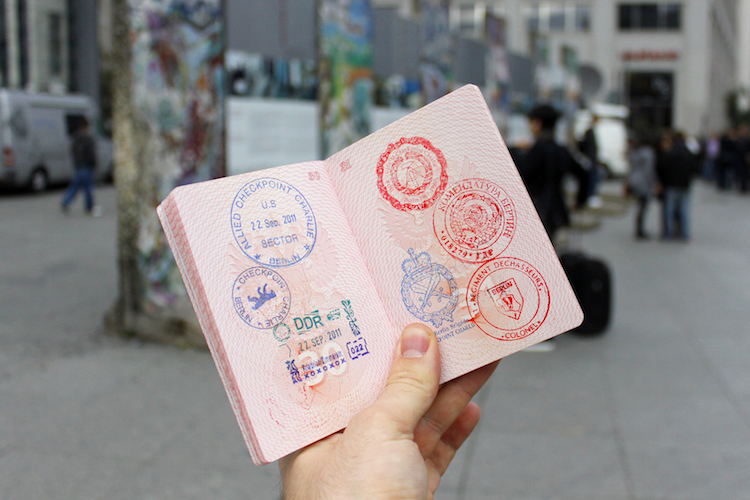 The 2016 “Passport Power” report showed significant movement — compared to 2015, only 21 of 199 listed countries stayed in the same spot, according to Henley and Partners. However, no country fell more than 3 places, which means that visa-free access is mostly improving.

The rankings are not competitive. Each rank is based on the number of countries that passport can access visa-free, and multiple countries can share the same ranking.

Why is this so important?

Some countries offer citizenship in exchange for money — generally called “citizenship by investment.” In these programs, people may obtain a passport from that country if they invest a certain amount of money within its borders.

Malta, an EU country, runs the most successful such program in the world. Henley and Partners notes that Malta gained two spots since 2015, adding visa-free access to two more countries, and bringing it up into the ranks of the 8th-friendliest passports worldwide.

A Swedish passport, which has the highest level of access, costs 28 UKP. The Afghani passport (which is ranked dead last) is significantly more expensive – 69 UKP.

The most expensive passport in the world is Turkish, at 166 UKP, and the cheapest comes from the United Arab Emirates – it’s just 9 UKP.

A British passport allows access to 174 countries visa-free for just 73 UKP. A US passport provides almost the same level of access but holders must pay 16 UKP more to get it.

Despite its higher cost, the US passport has actually dropped in the rankings recently. It was ranked first in 2014 and 2015, but now it’s just in fourth place.

Some of the countries which are at the bottom – like Bhutan, Nepal, Myanmar, Iraq, Afghanistan, and North Korea – can be quite difficult to obtain a visa for.