William Shakespeare was a secret pothead

Everybody knows who William Shakespeare is. Most of you have probably studied one of his plays in high school, or even earlier if you had a teacher who was hell-bent on making his or her students confused and bored. I actually enjoy many of Shakespeare’s plays, but studying and then performing Julius Caesar in the 5th grade to a gym full of uncomfortable parents is not one of my finer memories. Neither was taking turns reading A Midsummer Night’s Dream aloud to the rest of the class in grade 10. You know how kindergarteners adorably stutter and mispronounce every word when they’re learning to read? Yeah, imagine a full period of that—except with teenagers, it’s not so adorable. Perhaps my classmates and I would have had an easier time understanding and identifying with Mr. Shakespeare if we knew he was secretly just like the rest of us—a pothead.

While Shakespeare has never admitted to smoking weed, tobacco pipes were recently found in his garden and the remnants analyzed. Residue from the pipes, which are more than 400 years old, was analyzed using a highly sensitive technique called gas chromatography mass spectrometry. The study included 24 pipe fragments, with cannabis being found in eight of the samples – four of which came from Shakespeare’s garden. Nicotine and Peruvian cocaine from coca leaves was also found.

This certainly isn’t the first time that news of a famous and highly regarded writer using drugs has come to light. In fact, some of the best writers in the world have been more than open about their love of the green stuff.


Horror and supernatural fiction author Stephen King is very vocal about his marijuana use and thinks that laws against it are “ridiculous.” Of marijuana, King has said, “I think that marijuana should not only be legal, I think it should be a cottage industry.” On The Road author Jack Kerouac was another avid pot smoker. Kerouac was a pioneer of the Beat Generation, which explores spirituality, religion, the human condition, travel, sexual liberation, and experimentation with drugs. And no drug list would be complete without the king—Hunter S. Thompson. The Fear and Loathing in Las Vegas author and founder of the gonzo journalism movement has experimented with so many drugs that weed is like water to him.

“I have always loved marijuana. It has been a source of joy and comfort to me for many years,” said Thompson. “And I still think of it as a basic staple of life, along with beer and ice and grapefruits—and millions of Americans agree with me.” 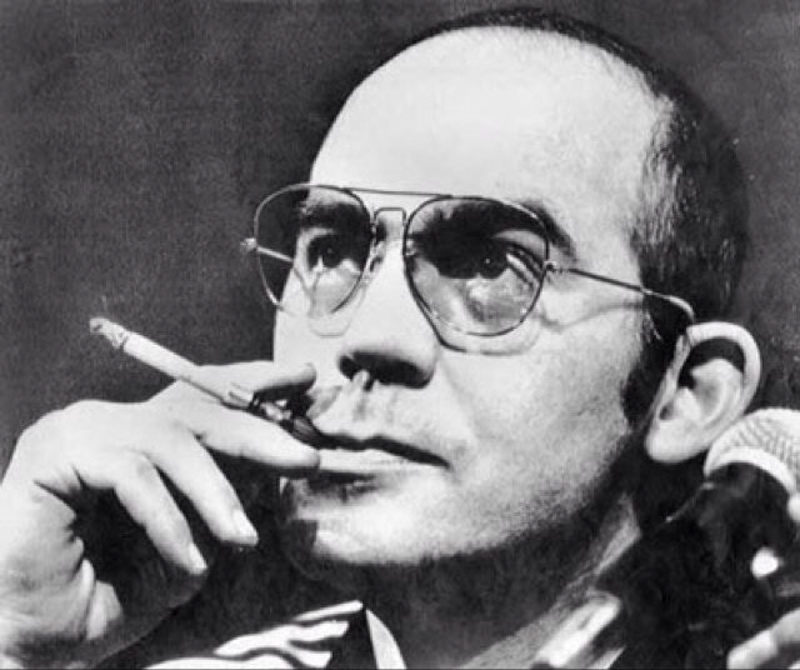 So whether you’re a fan of The Shining or On The Road or Macbeth, these notable works seem to have one thing in common: they were penned from the great minds of stoners.