Why your fashion habits could be destroying art and the planet

I like to view fashion as art—much like Andy Warhol or the late, great David Bowie. It’s how you express yourself without having to carry around an art gallery on your back. I especially have an appreciation for independent designers and designers who can create fashionable pieces made from recycled clothing. But in the last few years, it seems that fashion has been rapidly changing—corporations are pressuring the larger designers to produce new collections on a weekly basis, and causing a chain reaction of corner cutting. The machine has become a sort of reverse ‘Robin Hood’—fast fashion designers steal ideas from the “poor” indie designers in order to meet their hyper-speed trend-producing numbers for an all-consuming society that wants to pay the least they can for a piece of art that will be antiquated in a week’s time.

So unfortunately, a lot of the appreciation for “fashion as art” has come to an end. It seems that most people just want to look trendy, be comfortable and pay next to nothing. Worst of all, they don’t really care (or know) how their clothing is made or what it’s made of, something that has turned fashion into a very wasteful—and sometimes inhumane—industry. That’s why it’s important to know that some of your fashion habits could not only be destroying fashion as an art but also our planet.

When I was a teenager, my mother would drive me to the famed Melrose Avenue in Los Angeles, where all the coolest vintage and independent designers would set up their shops. I would beg to go into ‘Wasteland,’ ‘Slow’ and ‘Red Balls’—hoping to find a cool pair of vinyl combat boots, or a really special faux-fur coat. In my mind, the designers were artists—they created these amazing, wearable, works of art—and best of all, none of my friends would have the same items. As I got older, I noticed many of the shops along Melrose Avenue would disappear or go out of business—something that in the last few years has started happening at an alarming rate.

When I was a teenager, my mother would drive me to the famed Melrose Avenue in Los Angeles, where all the vintage and independent designers had their shops. As I got older, I noticed many of theses shops would disappear or go out of business. 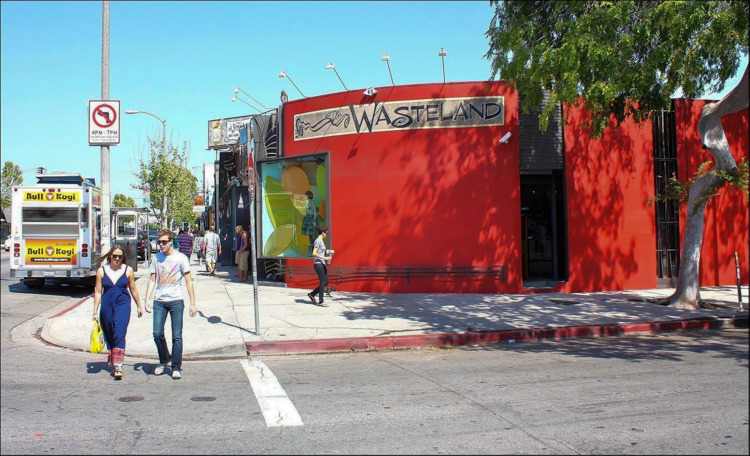 This past summer, I made friends with the owner of a cool little shop on Melrose. She was this amazing lady who wore little cat glasses and had a mismatched, yet brilliant, sense of style. She sold fantastic beaded gowns and dresses, often to popular television shows as costumes. When I started to get to know her, she told me that she was excited that I appreciated her dresses so much, because the clientele just wasn’t the same anymore. “People just aren’t willing to pay for something this detailed anymore,” she told me. Soon after, she planned to close the Los Angeles location and return to a single location in Toronto. A month later, the store in LA was empty and the sign was torn down.

As summer became fall, another of my favourite shops on Melrose Avenue, called “Luxury Jones,” had closed down. Its owner was a designer herself, who meticulously curated amazing hand-made and top-quality items from designers like ‘Scraps by Sveta’ and ‘I Love DIY by Panida.’ At the same time, another of my favourite independent designers known for her infamous James Franco leggings called “Clashist,” had called it quits. Then just last week, I heard that famed store ‘Kitson’ was going out of business. ‘Kitson’ was a boutique that had been swarmed with celebutantes and starlets since the early 2000s—a place I had dreamed of shopping when I was in college. It had cool brands and gifts, and suddenly they had announced they would be selling all inventory for deep discounts and closing all of their stores in just 10 days.

Now, this isn’t just something that I have been seeing in my home city Los Angeles; there have been national reports of retail giant American Apparel’s reported bankruptcy at the end of last year and closures of other large department stores due to “bad sales” over the holidays.

Even retail giant American Apparel reported bankruptcy at the end of last year. 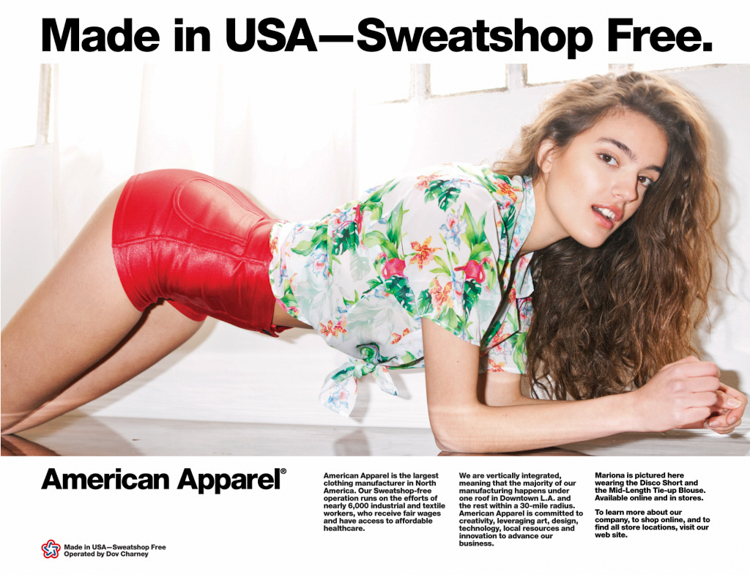 Society seems to have turned its back on preserving all forms of art these days—fashion is just one example. Not many people will spend $40 on a T-shirt designed and made locally (or in ethically standardized factories) when the same design is available for under $10, made cheaply and imported from other countries even if they don’t monitor ethical working standards.

Not many people understand that an independent designer will often pride themselves on a specific design or collection that they spend sometimes longer than a year creating—they usually also create much of the clothing and samples themselves, sewing or silk-screening with their own hands. Because they often don’t have a lot of money or any investors, it’s hard to get the clothing made and out into stores as quickly as the competition (i.e. giant retail chain stores with more money and resources).

This is something that is absolutely heartbreaking and often the very thing that seals an independent fashion line’s fate. The choice that independent designers make to keep their clothes locally made so they can pop into factories and check the working conditions is yet another cost they have to take into account. In the end, it sometimes makes their designs cost more. But it’s a choice that more designers should take into account.

People don’t realize that it’s actually a lot easier than you might think to find ethically made, stylish clothing. And really, I know it’s tempting to just buy whatever you see at Forever 21, but with just a little bit of research, you can find out where clothing brands make their clothes, how they make them and what they are made from. A really cool brand that not only makes clothes but is also focused on maintaining a low carbon footprint is Linden, created by Jennifer Kirschner. When asked what inspired her to create an ethical, eco-conscious brand, she said, “The fashion industry is the second most wasteful industry in the world. This is a problem, and I wanted to be part of the solution of proving that it can be done and done well.”

Perhaps another thing people don’t realize is that even popular high-end designer clothing can be made un-ethically and from animal products like fur (yes, still) and even include harmful chemicals, as shown in the popular documentary, The True Cost (directed by Andrew Morgan). This is why it’s even more important for consumers to be aware. You may be paying a lot of money for a well-known designer piece, but it may also have been made from animal skin or even by an underage worker.

Perhaps another thing people don’t realize is that even popular high-end designer clothing can be made un-ethically. 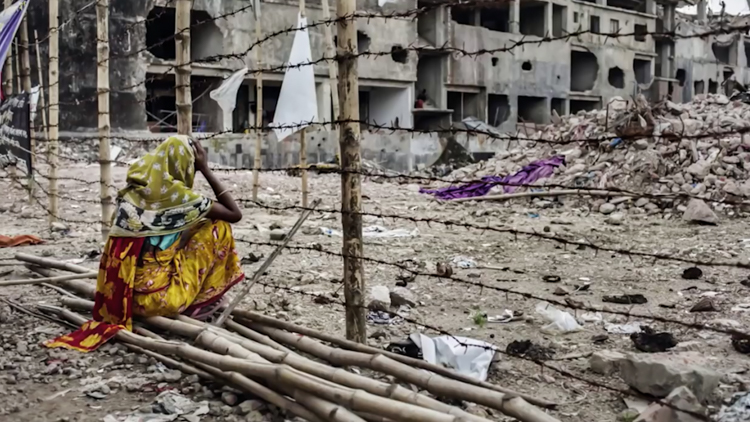 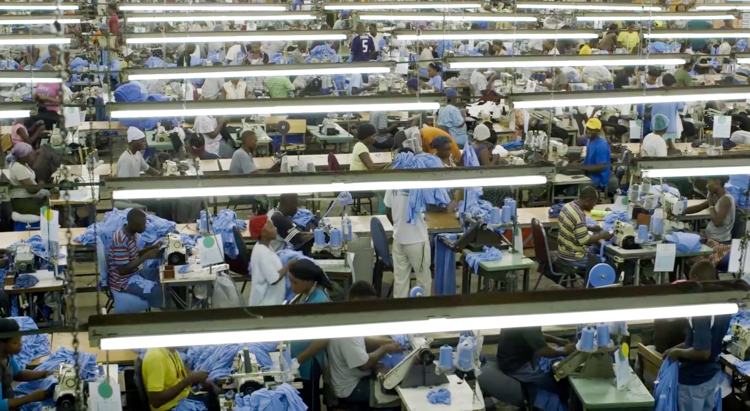 Linden’s Kirschner said, “I hear a lot of complaints that it’s hard to find exciting fabrics that are certified eco or ethical – those people just aren’t looking hard enough… I find that the average consumer has been trained to look at price above all. Cheap sells really well because people can afford it and they can change up their look easily and inexpensively. People hear the words “ethically made” and assume it’s expensive.”

Our society has become lazy; people want their clothing within an arm’s reach or even delivered to their house in a box. It’s made the art of putting together an outfit—knowing who created each piece and celebrating it as it’s worn – into a wasteful practice. We’ve also fallen victim to the assumption that ethically made clothing is expensive and ugly. Some people have even stamped pre-worn clothes as dirty and gross. In reality, your local Goodwill or donation centre contains some amazing items that, with a little bit of tailoring, will fit you better than something you could buy brand new at a department store. As an added bonus, you’re wearing something recycled, which means that particular garment isn’t just sitting in a landfill taking up space.

Maybe people don’t realize that buying cheaply made clothing destroys two important things—fashion as art and our planet. Just like recycling plastic bottles, now is the time for society to heighten our awareness and find out just who designs our clothes and how they’ve made it. Fashion needs to not only become part of our plan to save Mother Nature but also to preserve our creative souls. Next time you’re in a department store, think twice about what you’re buying, or take a visit to your local donation centre. You’re bound to boost your style and shrink your carbon footprint at the exact same time.

You can find out more about “The True Cost” documentary at www.truecostmovie.com and more about Linden at www.lindenca.com