By now we all know that Scandinavia has it down when it comes to happiness and society values. Unless you’ve been living under a rock, you’ll know that Danes, notably the happiest people in the world according to U.N. rankings, have given us the untranslatable word hygge – a philosophy of coziness, comfort and human relationships.

Norway and Sweden share a fairly unknown, similar concept, called friluftsliv (pronounced free-loofts-liv), which may be a mouthful but its meaning is powerful. While hygge is about coziness, friluftsliv is about spending time outdoors and connecting with nature. Its literal translation is ‘free air life’.

Although Norway and Sweden are filled with dramatic mountain scenes, the spectacle of the northern lights and fjords and forests, the concept of friluftsliv isn’t about hardcore outdoor activity. The main idea is to be present in nature and enjoy the connection Scandinavians believe humans inherently have with the earth.

This means you can feel friluftsliv whether you’re on a hiking trip in Yosemite, simply relaxing on a beach or taking a walk through your local park – it can mean different things to different people, but as long as you’re in nature for the simplicity of just enjoying it, you’re on the right track to friluftsliv. You don’t need a pricey backpack or a plan to go somewhere specific; you just need to go and immerse yourself.

In a world which is moving faster than we can keep up with in technology, where people are becoming addicted to social media and society’s focus frequently appears to be on career, money and social status, friluftsliv is the antidote, a way to bring humans home to nature.

Norway is the fourth happiest nation in the world, with Canada following closely behind at number six. Whereas the U.S. is ranked 13 and the UK even lower at 23. While not all of this comes down to locking ourselves inside with Netflix, it can’t be denied that we don’t put as much importance on friluftsliv as Scandinavians do. After all, it’s been widely shown in studies that spending time outdoors is both physically and psychologically beneficial.

Norway and Sweden have the advantage that although many live in cities, the countries are relatively small and therefore nature is not a far reach for them. However, the U.S. is brimming with stunning landscapes and all it takes is a quick Google search to find a day trip or a green space close to you. “Friluftsliv is about love and respect for nature,”says Hans Gelter, a professor at Lulea University of Technology in Sweden. “Attitudes one does not learn reading or teaching, features that can only be learned by experience.” 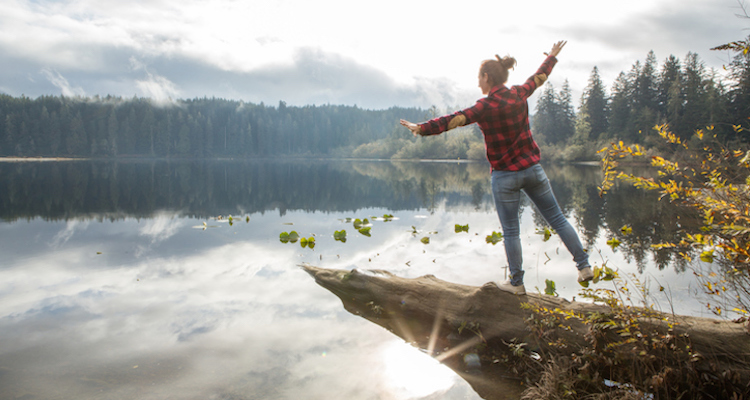 So, who wants to join me for a little friluftsliv?