Too often, cable television turns into cringe-worthy segments featuring shouting-matches between guests and hosts, or an array of offensive, childish comments exchanged between “expert” panelists. These shows, headed by well-known political pundits and talking heads like Bill O’Reilly, Geraldo Rivera and Chris Matthews, have cemented their place in television across America and even, Canada.

To my detriment however, in April 2015 while visiting my grandparents in Virginia, the plague struck.

As I watched TV with my grandpa, I witnessed the most cringe-worthy exchange between a television host and an invited guest I’ve ever seen. It felt like intellectual torture.

Manal al-Sharif, a Saudi Arabian activist and spokeswoman for the Women2Drive campaign, appeared on Fox News’ The Sean Hannity Show to discuss women’s rights in her country. Towards the end of an already patronizing conversation, Sean Hannity declared, “…you don’t have the freedom that women in America have, and I feel bad for you.” This comment came after al-Sharif indicated that it was difficult to compare American women to Saudi women, because “the history is different. The culture is different.” As al-Sharif continued to try to explain her side of the argument – particularly that just a few decades ago there were immense social and legal restrictions on women, gays, and minorities in the United States – Hannity jumped in, “When you get to drive a car on your own and you get to make choices on your own, then we can talk.”

At this point, I could feel my chest getting warm and my face lighting up with rage. Here was the problem with the Western discourse on “freedom,” “feminism” and “rights.”

In no way is Sean Hannity the ideal feminist spokesman, but the exchange described above is the symptom of a bigger problem with how the West approaches feminism and women’s rights in other non-Western countries – it’s usually paternalistic, antagonistic, imperialistic and completely dismissive of indigenous voices. Particularly those voices that speak against what Western advocates tend to think is ‘right’ or mainstream. 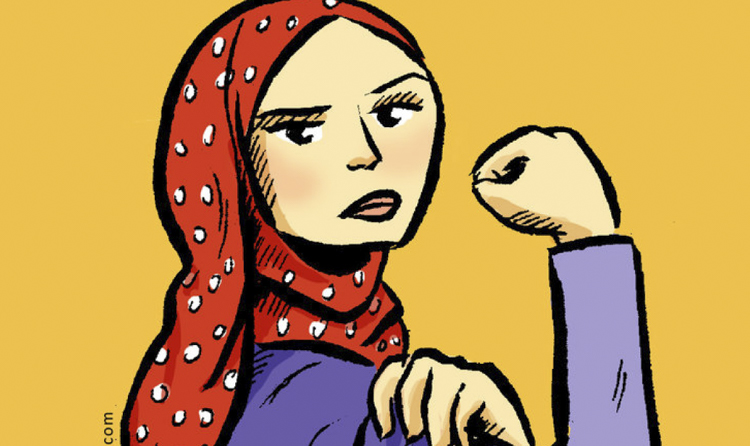 Ironically, just a few days after the Hannity-Sharif debacle, The International Business Times published an article penned by Farah Abdulaziz Al-Sweel, a Saudi commentator based between Riyadh and London. In her critical look at Egyptian-American journalist Mona El-Tahawi’s book, Why Do They Hate Us?, Al-Sweel discussed the “age of the brown-ish-white savior industrial complex.”

She described it as:

“A sisterhood of traveling one-size-fits-all, Anglophone McFeminism, new and improved to include mascots who look like you but touting a message more designed to comfort Western lay-feminists and exclude you, than it is to challenge your thought.”

Essentially, Al-Sweel argued that the oversimplification and generalization of women in the “Muslim world” not only occurs within white-Western feminist discourse, but now among the discourse of “women of color.” This had thus resulted in the erosion of Muslim women’s agency and their place in advocating for their own rights. She wrote, “In a time when Muslim and Arab countries have become known as little more than hotbeds of either extremism or mass consumerism, are we also at a want for feminist and civil rights heroes to import?”

Recent feminist literature has criticized Western feminists for treating non-Western women as the “object of policies and academic research” instead of partners. Margara Millan argued in her paper published in 2016, that the discourse on women’s rights are “globalized localisms,” meaning its primary roots are found in the concepts of Western-based neoliberalism, but has been successfully “globalized” into a “homogenized concept of gender equity” spread beyond its original locality, without taking into account differences in social context. She further argues that Western feminist scholars see their translation of “feminism” as a “one-way project” from West to East, dismissive of their own contextually bound discourses, as well as those originating from ‘the East.’ 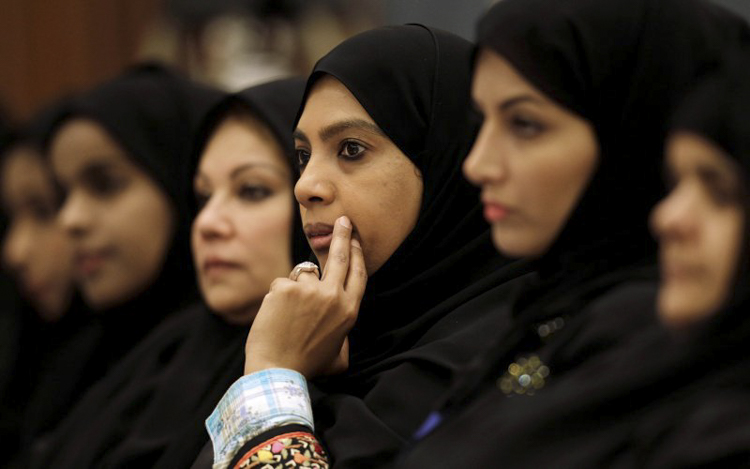 Feminism and feminist movements have taken on many different forms throughout history, such as liberal feminism, radical feminism and post-structural feminism. Feminist movements within the Arab world are usually (and rather simplistically) divided among “secular” (also known as “liberal” feminists) who seek to embody the “Western ideal of a liberal democracy,” and “Islamic feminists,” who seek to “shape their future within the context of religion.” Islamic feminists in particular aim to “marginalize cultural and tribal influence and grant women’s rights guaranteed in the Qur’an.”

Most Islamic feminists view themselves as an ‘indigenous’ voice, ultimately speaking for Arab women, particularly Arab-Muslim women, and to an extent, Muslim women in general. Margot Badran, a Middle East historian and fellow at the Woodrow Wilson International Center for Scholars, reiterates this idea stating, “Islamic feminist is an inter-Islamic phenomenon produced by Muslims at various locations around the globe. There is no East/West fault line. We cannot speak of Islamic feminist and the West.”

However, there are criticisms of the Islamic-feminist approach as well, particularly from prominent secular feminists who originate from Arab and/or Muslim-majority countries.

A prominent Iranian-Canadian feminist, Haideh Moghissi, has staunchly criticized what she views as the “uncritical acceptance of Islamic feminism as a new laboratory project in Islamic societies.” Moghissi, who originally left Iran in 1984 after founding the National Union of Women, argued in her article “Islamic Feminism Revisited” that the recent support for Islamic feminism by some scholars and activists without criticism – particularly of the reforms proposed by Islamic feminists based on interpretations of Sharia – “reflects an essentialized notion of women in Islamic cultures as an undifferentiated crowd, united by their faith, regardless of whether they are practicing Muslims.” 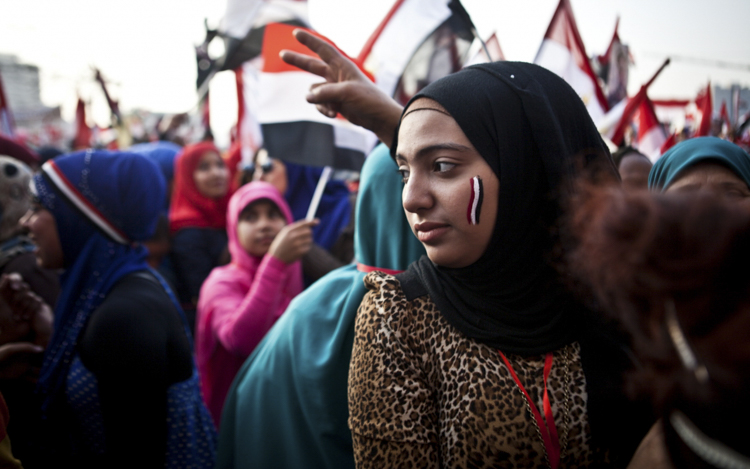 For Moghissi, the notion that the ‘indigenous’ voices of women in the Middle East are solely Islamic feminists completely dismisses the diverse society that exists in the region, even amongst those women who consider themselves Muslims but who may not practice the religion daily and/or interpret it in the same way.

So, as a Western, white woman I have to ask myself, “What’s my place?”

The fact is, I’m not Arab, Saudi or Muslim, therefore I’ve accepted the reality that I am in no way – and never will be – a spokesperson on feminism in these societies that are not my own. I do consider myself a feminist however, and therefore I can’t help but wonder what I can do in order to alleviate gender inequality across the world, as well as in my own society. To be honest, I don’t really know where my place is in this regard – but I definitely know it in no way resembles the Hannity exchange described earlier.

What I have realized however, is that it’s not enough to just facilitate and listen to the voices of scholars, activists and politicians, because the voices of everyday women, those who aren’t necessarily politically active and out to ‘revolutionize the system,’ need to be listened to as well. Manal al-Sharif for example, wasn’t an activist when she set out to drive her car in Riyadh in 2011. She drove because she wanted to, and viewed the ban as irrational. She doesn’t view herself as “liberal” or “conservative,” just a Saudi woman seeking progress for fellow Saudi women. She stated during a TED-ex talk in 2013:

So for me, it’s not about all of these small steps. It’s about women themselves. So, I have no clue really how I became an activist…But all I know, and all I’m sure of is in the future, when someone asks me my story I will say, ‘I’m proud to be amongst those women who lived the ban, fought the ban and celebrated everyone’s freedom.’”

On the other side of the spectrum, Rowdha Yousef – the founder of the campaign “My Guardian Knows What’s Best for Me” and a mediator in domestic abuse cases in Saudi Arabia – stated, “Saudi women – specifically those who are talking about women’s rights – these come from a social class that is well-off and pampered.” For Yousef, the issues activists like Al-Sharif discuss are not imperative, and representative of the vast array of issues concerning poorer Saudis. Under the current guardianship system, Yousef argues, women are protected and free, they just need to be educated about their legal rights.

In an interview with Your Middle East, Aisha Bint Abdullah – a Saudi lecturer and self-identified feminist – pointed out the (often overlooked) diversity of opinion that exists among Saudi women regarding “feminism:”

“Firstly, I think it is better to understand that we cannot, and should not, view Saudi women as a collective in that they all share the same social role within society. Saudi women like any women around the world, have different social identities and roles and contribute differently to their respective society.” 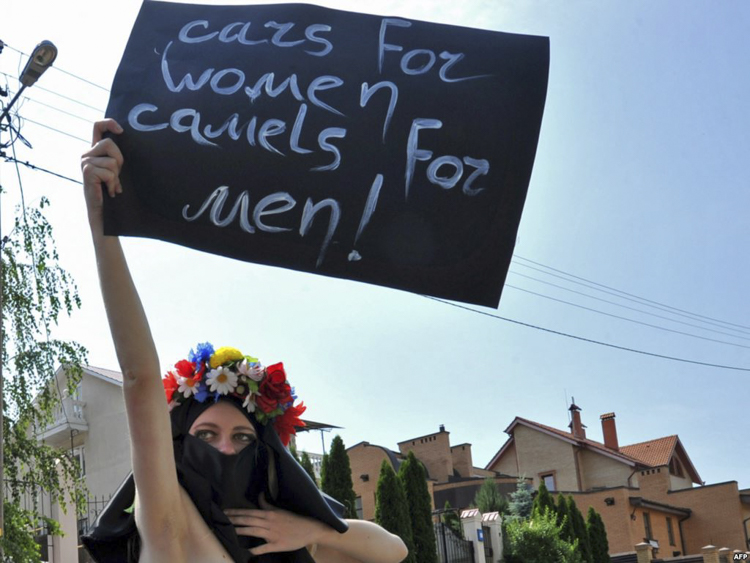 Again, I return to my question, “What’s my place?” Maybe my role – and yours – is just to provide a platform when a woman, any woman, requests one in order to voice their opinions. That includes Rowdha Yousef and Manal Al-Sharif, two Saudi women with very different views on women’s status in the country.

Instead of offering up our condolences for their situation, and then insisting on framing the issue from a Western perspective, as well as providing one-size-fits-all solutions, perhaps simply facilitating conversation and thoughtful discussion featuring indigenous voices where and when they want to be heard, is the way to achieve real progress.