**This article is the third instalment in a weekly column that explores effective techniques of communication, persuasion, and self-help using a background of NLP (Neuro-linguistic programming) to understand and influence the subconscious language patterns of the people around you, as well as your own mind. In a nut-shell, if you want to become a powerhouse of social skills, this column is for you.**

Some are naturally more attuned to the emotional world of others, but it’s a skill that can be learned and practiced by anyone. And it should be: research has consistently shown that emotional intelligence leads to higher salaries, better career adaptability and is overall a key predictor of success.

Anyone can learn to tap into a higher frequency of social awareness using a few easy processes that allow for greater rapport, conflict management skills, leadership and persuasion. The first step is understanding how to identify representational systems, and then how to apply this knowledge through pacing and leading.

At some point in your schooling career you’ve likely been turned onto the concept of “learning styles,” which distinguish between auditory, visual and kinaesthetic learners. In NLP, these are known as representational systems, which have far deeper implications than just learning styles. Richard Bandler and John Grinder, the founders of NLP, once conducted a study where they organized a control group, and identified the representational systems of each person. They then gave a yellow card to people with kinaesthetic systems, green to auditory systems, and red to visual systems. First they had people converse with those who shared their colour of card, and then had them talk with people who had different coloured cards. The pattern they observed was incredible—conversations between individuals who shared a preferred representational system displayed a significant increase of rapport, compared to conversations between those of mismatched representational systems. Your preferred representational system effectively determines the way you think, perceive and interact with the world around you. Therefore, tapping into someone else’s representational system allows you to step into their world, and communicate in the most direct and effective way. Not only does learning this skill allow you to drastically increase your rapport (or likability) but it also opens the door to persuasion and influence.

1. Auditory: you learn by listening, and think in terms of words. If your preferred system is auditory, you likely “hear” a running dialogue in your mind at most times.

2. Visual: you learn by seeing, and think in terms of visual images in your mind.

3. Kinaesthetic: you learn by doing, and think in terms of feelings. If your preferred system is kinaesthetic, you likely rely on intuition and what “feels right.”

1. In conversation, watch which ways their eyes look as they recall a memory from the past, or construct one for the future. (Whether they look upwards, sideways, or downwards, typically people will look to their left side to recall a memory, and their right side to think about the future).

Visual thinkers: Look upwards, towards the images they are creating in their mind.

Auditory thinkers: Look sideways, towards their ears as they “hear” dialogue in their mind.

Kinaesthetic thinkers: Look downwards, towards their body as they “feel” memories of the past or thoughts of the future.

If you want to speed up the process, you can elicit these responses by asking questions about the past or future—but be careful that the questions fit in with the flow of conversation. If someone feels as though they are being interviewed, rapport is lost and it will be more difficult to accurately read their preferred system.

1. Pay attention to the kind of words they use. In conversation, the following types of words will indicate their preferred system.

Visual thinkers: Use words like imagine, see, look, watch, focus, and picture. They’ll use phrases like “I see what you’re saying” and “I’ve got an optimistic view of the world.”

Auditory thinkers: Use words like clear, sound, speechless, silencing, and rhythm. They’ll use phrases like “I hear what you’re saying”, “that rings a bell” or “I hear you loud and clear.”

Kinaesthetic thinkers: Use words like feel, sensitive, grab, concrete and rough. They’ll use phrases like “I feel you” and “get a grip” and “she’s very warm-hearted”

If you know the person well enough, often their lifestyle will be a strong indicator on its own. Are they a musician? How about a dancer? Maybe they’re a visual artist. The important thing to remember is that, once you establish someone’s preferred system, you will be able to communicate most effectively with them if you do so through their scope. This is especially important for teachers and therapists, but also has value if you’re trying to console a friend with the proper advice. It can also be used in business or sales: if you were selling a car to a kinaesthetic learner, rather than asking them to imagine themselves on the road, you would talk about how good it feels to be behind the wheel.

Pacing and leading is a simple concept with large benefits. Pacing means the extent in conversation to which we match the tone, speed and speaking style of the person across from us, while leading is the process of guiding them into a preferred state. If a person is upset and starts yelling at you, you might believe that responding in a calm quiet voice would be the best way to defuse the situation. However, it’s quite the opposite. First, you have to “sync up” with their pace—in this situation, you would match their volume and address them with similar tonality. Then, only once you’re synced, slowly quiet your voice and slow down your speaking. This is called leading. As you slowly move from an angry state to a calm one, they will follow you down to a civil place. 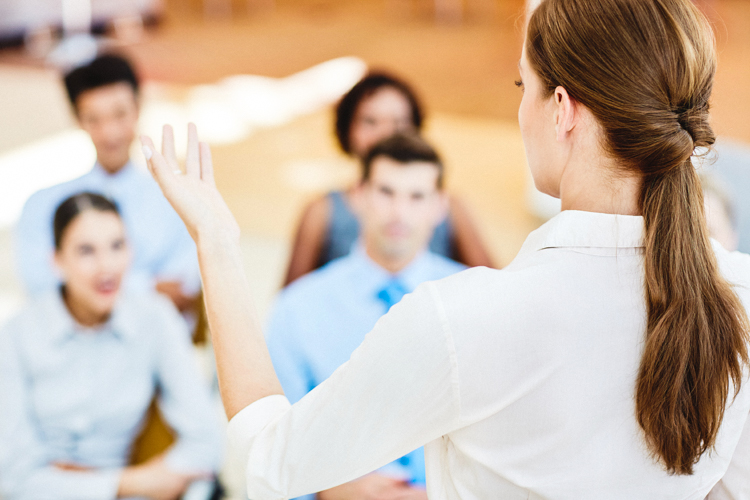 This is also used in business to get somebody excited about an idea. Say you’re pitching an idea to an executive—you wouldn’t come in hot like you’re selling snake-oil in Times Square. Rather, you would match their calm demeanour, and slowly guide them into a state of excitement through tonality, volume, speed of talking and body language. You would run a similar pattern if you were trying to cheer up a friend who just got dumped.

Applying these techniques may be difficult at first—you may spend so much time analyzing at first, that you barely take in what someone is saying at all. This is obviously not in your best interest. But practice makes perfect. When used together, these two techniques lay the ground work for effective communication, and a more attentive social presence.