Turmeric is a potential aid against precancerous cells

Turmeric may kill precancerous cells, and is deservedly the newest superfood to hit the market by storm.

I’ve chronicled my experience consuming turmeric regularly over the period of three weeks. After reaping some profound benefits, I swear by its mystic powers. I am a big believer in natural remedies and earthly elements as a means of health betterment.

No, I’m not one of those health fanatics with an unappetizing meal plan and rigorous exercise regimen. On the contrary. For those readers who know me through my work, you know that I am someone who lacks motivation when it comes to fitness, so naturally I’m also the person for whom doctors visits and dental appointments are difficult commitments.

I have the luxury of a relaxed approach to my health, but it’s one of those aspects of oneself that required diligence and nurturing. I think it’s because of my tumultuous relationship with healthcare that I often seek holistic (but safe) remedies for many transient ailments. I will try just about anything I can get my hands on to avoid unbearably long waiting rooms to see the doctor. Apparently, I’m not the only one.

Turmeric is touted for its benefits on cancer prevention. Cancer affects one in every three people, and is a big diagnosis to swallow. But it comes with a ton of skepticism. I mean, how can a spice seem to have eluded so much medical literature? Truthfully, it really hasn’t.

Before we go further, it’s important to understand that it’s the chemical compound curcumin that is responsible for stopping the growth of precancerous cells in various organs throughout the body. Let’s also be clear that if fighting cancer was as simple as ingesting turmeric, it wouldn’t be one of the leading causes of death today.

The evidence out there heavily suggests the impact of this spice on cancer, and this is the focus of this article.

Curcumin is one of the most powerful non-pharmaceutical anti-inflammatory compounds out there.

In fact, The American Cancer Society says that turmeric can be a potential treatment. It works by protecting the body from free radicals. Studies have also shown that curcumin also interrupts the progression, spread, and growth of cancerous cells. It also helps with the inflammation that is associated with the progression of cancer. 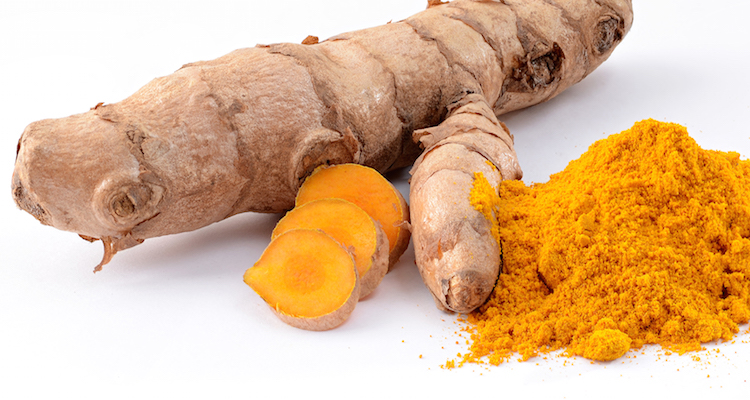 The American Cancer Society mentions a study in which curcumin kills cancer cells in isolation, as noted in laboratory dishes.

Curcumin inhibits COX-2, the enzyme that leads to negative inflammation that eventually leads to cancer. It also takes away the oxygen that fuels cancer cells. Additionally, it kills large cell B-cell lymphoma cells, and prevents the rebirth of cancer stem cells.

Turmeric prevents metastasis, which is the spread of cancer throughout the body.

For over 5,000 years it has been cultivated in Asia. In the 13th century, it was introduced to Western countries from Arab traders. It belongs to the ginger family, which is why its taste has warm, mildly bitter, gingerly undertones.

It wasn’t until 500 BCE that turmeric was used as an important part of medicine and natural healing. It began in India as Ayuvedic medicine – an ancient Indian system of naturopathy. During that time, it was believed that inhaling fumes from burning turmeric could relieve congestion. Additionally, turmeric paste was applied for smallpox and shingles.

Turmeric and curcumin have anti-carcinogenic agents. Carcinogens are greatly impactful to the development of cancerous cells. It mediates anti-carcinogenic action by raising levels of antioxidant enzymes. Curcumin and its derivatives are associated with anti-tumour activity.

Let’s face it. Cancer is the modern day’s plague. It’s devastating, terminal, and not a battle that we often win. Because of this, many people turn to holistic remedies of prevention and possibly cure. I’m one of those people who will try just about any natural remedy out there. Other than leaving an odd taste in my mouth, I don’t see the big deal.

Medical research states that chronic inflammation may have a big role in the development of precancerous cells. I’m not a doctor, so when I read medical statistics, I’m usually confused, or frightened.

Turmeric powder is not going to kill you. It might stain your hands, and possibly help you beat precancerous cells and inflammation. As with anything, use caution because ultimately, there is no magic compound out there.