The idea of travelling over ten thousand kilometres to get punched and kicked in thirty degrees plus heat might sound like pure madness to some, but that’s exactly where I found myself last year as I sat in the departures lounge of Glasgow Airport waiting to board my flight to Phuket, Thailand. Muay Thai is the national sport of Thailand. Also known as the Art of Eight Limbs (due to the fact participants can use knees, fists, legs and elbows), it is one of the most exciting and thrilling sports to both watch and competes in. It is also currently being considered as a new Olympic discipline addition, which is a testament to the worldwide popularity of the sport.

My connection to Muay Thai actually ties in with the Olympics. Back in 2012, I was your regular lazy office worker who clocked in 9-5 and then went home to sit on the couch and watch TV. I felt crappy, I was tired all the time and I was carrying more weight than necessary. In August of that year, Katie Taylor won gold for Ireland in the women’s boxing. As well as being both a historic event and source of national pride, it set off a kind of revelation in me – were Irish people predisposed to being good boxers? Do we, as a nation, just like fighting? Whatever the answer was, it got me curious about checking out boxing gyms in my area.

The hardest and most daunting aspect of taking up combat sports is actually setting foot in the gym. It may sound clichéd to say, but it really is half the battle. The one universal truth I’ve learned from all the gyms I’ve trained at is everyone is welcome. Egos are checked at the door, and everyone from the seasoned pros to the nervous beginners gets shown the same respect. What started for me as a fleeting curiosity in boxing back in 2012, blossomed into an obsession with Muay Thai once I figured out you could also use your knees, elbows and shins as well! I set myself the goal of one day travelling to Thailand and studying Muay Thai under the Thai masters. 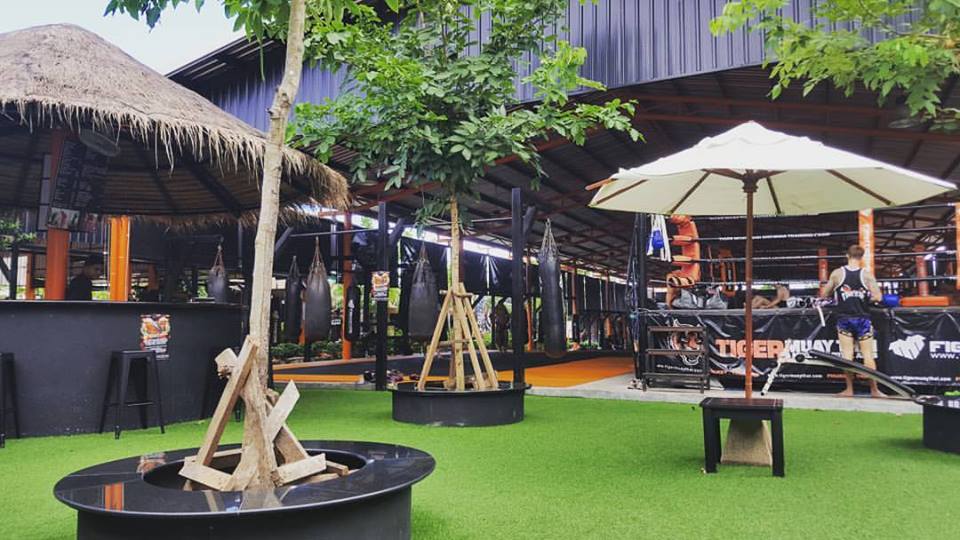 In September I set out for the world-renowned Tiger Muay Thai gym in the Chalong district of Phuket, Thailand. I had planned the trip as much as possible – checking in advance that my room had a balcony I could dry my gear on, arranging for the gym to pick me up at the airport so I didn’t have to contend with the barrage of local taxi drivers at the Arrivals lounge, and also making sure I had let my bank know I was travelling abroad so I could use my credit card. Some banks charge you for using your card overseas, but then again, some don’t! So I’d definitely check that ahead of time before shipping out. Anyway, once I finally made it to my hotel after a 16-hour connecting flight, the dawning realisation set in – was I gonna get my ass kicked? Would it be some kind of Cobra Kai setup with a murderers’ row of people waiting to beat me up? Was I even going to be able to cope with the humid Thai temperatures?

Thankfully, it turned out to be one of the most enlightening trips I’ve ever been on. It was the culmination of 4+ years of training in UK gyms, rushing from the office to make sure I made the class start times and waiting around in the cold and dark afterwards on the train home. Now I was in the presence of lots of like-minded individuals from all over the world learning first-hand from the various Krus (trainers) at Tiger and soaking up the whole experience. I was training 3 or 4 times a day, chilling out in between sessions and enjoying the amazing local food. It really was blissful. It’s amazing that getting punched and kicked in the balmy Thai sunshine doesn’t hurt anywhere near as much as gloomy Glasgow! I felt totally immersed in the lifestyle and fully understood some of my fellow fighters who had decided to cancel their return flights and prolong the experience. I would definitely encourage anyone, whether you’re already a fanatic kickboxer or a complete novice, to check out training Muay Thai in Thailand. I’m already planning my return trip for 2018!