What is the transgender “bathroom bill” controversy really all about?

These past few years, it seems like conservative politicians, including Trump himself, have been weirdly fixated on trans people and public bathrooms. It may sound baffling – because it is – but there’s actually a method to their madness, not to mention a long history. As it turns out, public bathrooms have been political almost since their inception and this isn’t the first time they’ve been a site of oppression. So, to understand what this bathroom debate is really about, we’re gonna take a short trip through history, starting all the way back in the 1800s.

Before the Victorian period, which started in 1837, most public facilities were legally reserved for men, and women would simply have to make do. This was tied to a belief that a woman’s place was the home and that she wasn’t meant to thrive in the public sphere; they were to be protected because they were seen as inherently fragile. In effect, women’s exclusion from public spaces served to restrict their mobility.

These attitudes had started to shift by the late 1800s. While women still weren’t considered entirely fit for the public sphere, society made up for this perceived deficiency by giving them an absurd array of women-only spaces, including train cars, waiting rooms, reading rooms, and washrooms. Then, in 1887, it occurred to Massachusetts lawmakers that women could not perform properly in the workplace without access to washrooms. That prompted a law mandating that all businesses employing both men and women provide separate washrooms designated by gender and prohibiting gender neutral washrooms. Even though this decision was rooted in the same ideology that created women-only waiting rooms, this was still a victory for women who would have had no choice but to work even without washrooms. These laws would become standard practice in the following decades.

If the story stopped here there wouldn’t be much to complain about; these laws were arguably progressive for their time and had the potential to remain so up to this day. However, the idea of segregated public space, including bathrooms, would soon be put to a more insidious use.

In 1890, the Jim Crow laws were passed, mandating racial segregation in the Southern United States. Just as women-only spaces and gendered bathrooms were based on an underlying assumption that women needed to be protected from the public, justifications for Jim Crow also relied on a rhetoric of protection. This time, however, it was said to be about protecting white people from black people, and especially about protecting white women from black men. Jim Crow proponents would also defend the segregation with references to “states’ rights,” which have been a talking point in American politics for much of its history.

The Jim Crow laws would be stricken down in 1954, but ongoing racial persecution would spark the civil rights movement, which would also set the stage for the feminist and LGBT rights movements of the ‘60s and ‘70s and onward. It was around this time that the public bathroom would become a politicized space for the LGBT community as it had already been for women and people of colour. That isn’t to say that there was a ‘60s version of North Carolina’s HB2; instead, the public washroom (along with the gay bar) became the place to be for police officers looking to exercise their power and punish a new minority.

I’ll back up a bit. During and after the surge of LGBT visibility during the 1960s and ‘70s, sex in public bathroom stalls would become common in that subculture. This would let them protect private information such as their address, but it was against the law. And of course, when laws are made they are made to be enforced.

For police at the time, this meant that they would be able to arrest gay men by hanging out in public bathrooms and using techniques of entrapment to convince them to commit the crime in question and then arrest them for agreeing. Practices like this still happen to this day. This does not bode well for trans people today, dealing with the current iteration of public bathroom persecution. Especially since one historical justification for this kind of homophobia has been the idea that gay men were pedophiles or otherwise sexually dangerous, and that lie has now been repurposed for use against trans people.

This current debate around Republican “bathroom bills” is interesting and troubling because of how well it fits into the history I’ve summarized above. If these laws had come entirely out of nowhere, it would be more surprising but perhaps more manageable as well. Instead, we’re seeing much of the same rhetoric and consequences as always, along with the addition of rhetoric of “religious freedom.” This argument has also been mobilized against other LGBT rights.

The controversy has inherited the same motivations as always for restricting bathroom access, but because trans people did not benefit from the LGBT and feminist movements to the same extent as everyone else, they are still seen by many as an acceptable target for this kind of legislation. For example, the rhetoric of protecting children and “real” women returns to us from the Jim Crow period – not that the idea of minorities posing a sexual danger really went away.

But the rhetoric is only the beginning of the problem. For example, HB 186, a proposed alternative to North Carolina’s controversial HB2, would retain many of the problems of the original while also allowing residents of cities to vote down LGBT rights protections with a referendum, allowing discrimination in housing and the workplace. It would also allow religious and non-profit organizations to ignore local anti-discrimination laws.

But even if all that was at stake were trans people’s right to use the bathroom that matches their gender, it would still pose a major problem because their mobility and access to public spaces is effectively restricted. Of course, they technically could use the washroom matching the gender they were assigned at birth, but for trans women it can put them at risk for violence or harassment, while trans men run the risk of making the actual women there feel uncomfortable or even threatened. This will make even compliance with the law a risk for trans people in affected states, which is probably part of the point.

It would already be a huge problem if trans people were the only ones who would be impacted by this law. At the end of the day, these laws will almost certainly impact cisgender people who are actually following them. Unless you are actively violating their privacy, it can be difficult to definitively determine somebody’s birth sex just by looking at them. That means that androgynous people of all stripes could become targets for gender policing. Since the enforcement of these laws is essentially an open question, the possibilities are really endless.

Not only that, but laws impact people and society in less direct ways as well. For one, they can have a huge impact on people’s physical and mental health. A recent study found that the legalization of same-sex marriage resulted in far fewer teen suicides, and one transgender-focused crisis line had a huge spike in calls following Trump’s rolling back federal protections for transgender students. Considering trends like that, it’s reasonable to worry about the psychological impact of transphobic legislative trends like this. 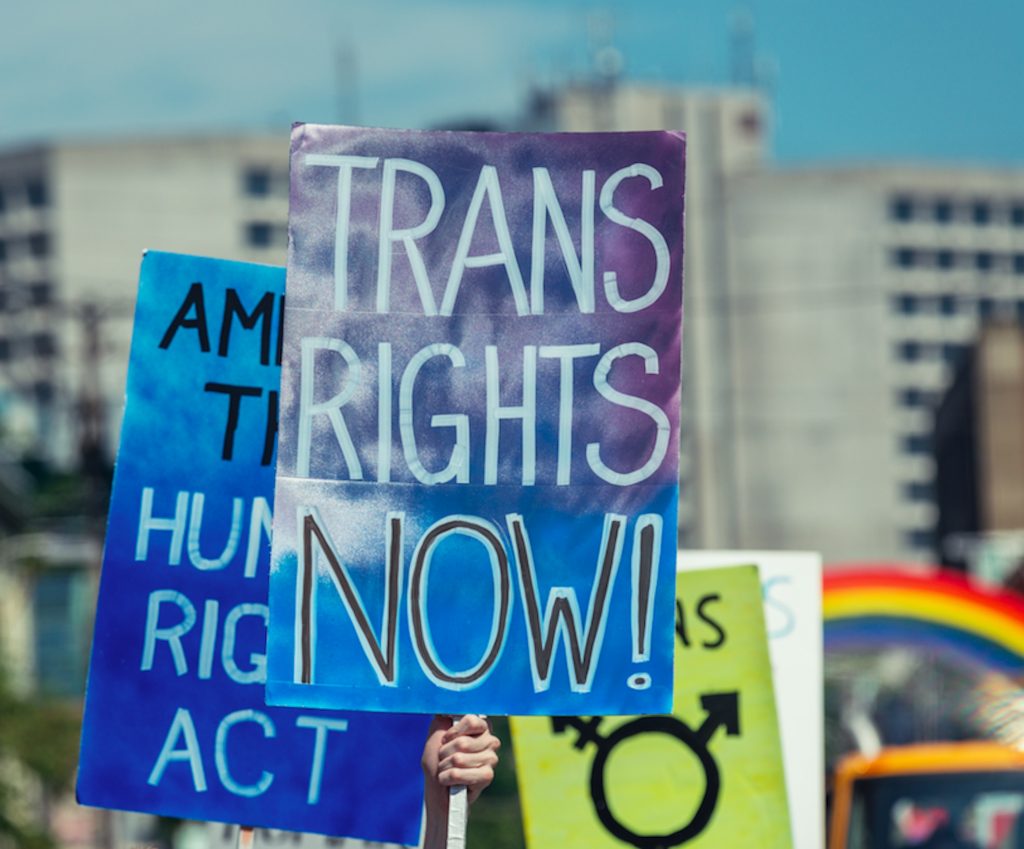 Not only that, but laws like this normalize hateful ideas about trans people by lending legitimacy to people’s worst ideas about them. These laws have the potential to make transphobia worse by encoding it in law and setting both legal and moral precedent to discriminate against them even more in the future, both legally and illegally. And for all of these drawbacks, there are no actual benefits to this kind of legislation.

The only acceptable solution to this problem is to strike down these laws. Trans people had been using the washroom appropriate to their gender for decades before Republican lawmakers proposed these laws; and it turns out the latter group is actually more of a threat in this context, while trans people are much more likely to be victims of sex crimes than perpetrators.

Unfortunately, it doesn’t seem likely that these legislative efforts will end anytime soon and chances are that many of them will be passed. But there are ways that we can all support the people being targeted. The most obvious way would be to write to your representatives about these laws. But you can also help improve things by just understanding them as people. A common theme in discussion of trans people and transgender identity is that many of us just don’t understand. The thing is, we don’t really have to.

We can still appreciate that these people are people, simply by listening to what they have to say and taking them seriously. That can mean looking at actual trans people’s commentary on the issue, or how they choose to represent their own personal stories. Even though they have a unique relationship to the social construct that is gender, we can still empathize with them as people.

Fortunately, plenty of people do this, so there are some places we can look for a bit more positivity. For example, Japan recently announced that the 2020 Tokyo Olympics will have unisex bathrooms specifically intended to accommodate trans people, a very progressive move given the international scope of the Olympics. There have also been some more general steps forward, like in India, where a third gender gained legal recognition in 2014. And, closer to home, Yelp has come out in support of its transgender users by adding a feature that identifies whether businesses have gender-neutral washrooms or not. Steps like these serve to legitimize identities that desperately need it, as well as make real people’s lives more manageable.

Although I’ve outlined some of the past and present context of this controversy, it is harder to predict exactly where things will end up in the future. It’s tempting to think that things will work themselves out because some parts of society have been getting more progressive, so we don’t need to worry. But it isn’t that simple, especially now. That’s why it will be so important to understand the issues and take a stand on them, because history never ends and progress is never guaranteed.