Visualize yourself as a peaceful, instinctual being. You’re being robed in strange colours and fabrics, which is likely making you feel muddled and dismayed. Something is happening today, you can feel it, but you fail to remember what. Now, imagine suddenly being beaten to the point of such aggravation that you reluctantly go out in front of thousands of people and purposefully harm another.

This is the life of a Tülu camel in the annual Selcuk-Efes Camel Wrestling Festival.

This annual tradition dates back to the Turkic tribes thousands of years ago. It finally became a tourist attraction in 1983, and now there are over 1,200 Tülu camels that have been bred solely for the purpose of participating in these competitions. Their entire purpose in life revolves around a two day period – the day before the festival where the camels are decked out in colourful gypsy gear and paraded around Aegean Turkey, and the day of the competition, where they are “beaten with a stick to be provoked into fighting,” states Ege Sakin, Istanbul representative of the Animal Rights Federation, in an article for Today’s Zaman. 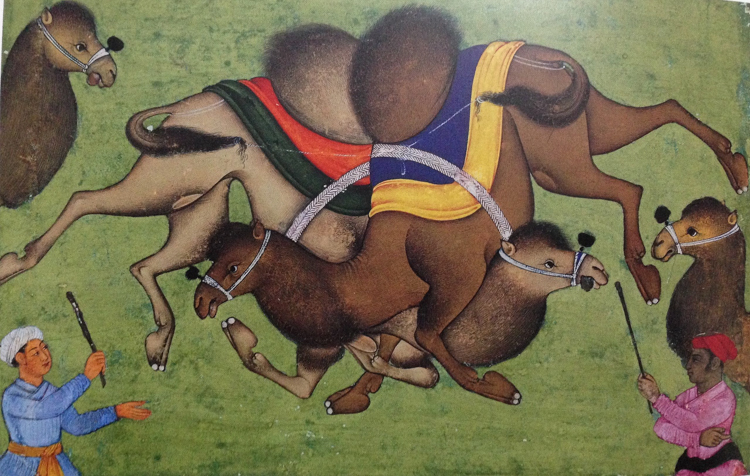 Using animals in fights like these actually violates Animal Protection Law No. 5199. Sakin states, “It is a clear crime to make animals wrestle, but animals are being wrestled under the guise of festivals. Although it is a crime, municipalities acquire special permission for such events from the district governors’ offices under the cover of festivals. As you all know, camels are important in the religion of Islam. In the Holy Quran, the Prophet Muhammad was known to be very kind to animals, primarily camels, which were used for transportation in the past. People of Anatolia traditionally see the camels as valuable creatures. Therefore, the camel wrestling festivals being held in the West of Turkey are against both the law and the customs and traditions of the Anatolian people.”

The life of an animal should not be to serve humans, especially in the name of entertainment. Are people seriously so bored that they have to watch animals fighting each other in order to feel some form of excitement? Yes, this event is traditional and stretches back before the Turkish republic, but it’s time for education on this subject to spread and for pressure to be put on this festival to reconsider the way they are valuing the lives of camels.

People for the Ethical Treatment of Animals (PETA) state on their website, “Animals aren’t actors, spectacles to imprison and gawk at, or circus clowns. Yet thousands of these animals are forced to perform silly, confusing tricks under the threat of physical punishment; are carted across the country in cramped and stuffy boxcars or semi-truck trailers; are kept chained or caged in barren, boring, and filthy enclosures; and are separated from their families and friends—all for the sake of human “entertainment.””