A new grocery store that just opened in Copenhagen is challenging arbitrary expiration dates and unnecessary food waste to help curb hunger and exorbitant grocery store prices. The company, WeFood, opened last month under the belief that ugly and “expired” food deserves a home so long as it’s edible and that customers deserve a more realistic price for their food. To accomplish this goal, WeFood exclusively sells food past its expiry date, or those that other stores declined for their shape or minor blemishes.

WeFood aims to eliminate the stigma of expiration dates, which many abide by religiously despite their arbitrary nature. Expiry dates are little more than guesswork, and it discourages people from buying perfectly edible food, which mostly ends up in landfills and dumpsters. As incentive to curb the stigma, WeFood sells its food for up to half of its standard price. 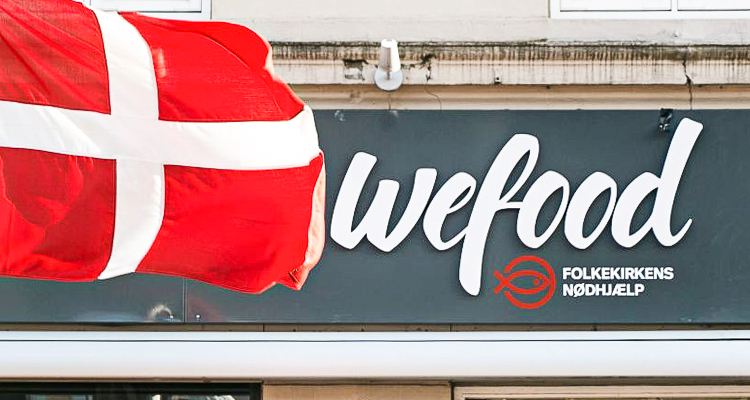 According to NPR, over 130 million pounds of food are discarded by the world’s grocery stores every year. On their website, WeFood considers the ridiculousness of persisting global hunger that affects over 800 million people every day despite the enormous food waste that Denmark alone contributes over 700,000 tons a year to. Evidently, the company is not alone. WeFood gained massive support from a crowdfunding campaign, securing a million kroner (about $150,000 USD) to launch their first store by offering public shares and volunteering opportunities to contributors. The profits from WeFood’s venture will be funnelled into DanChurchAid’s mission of quelling hunger in underdeveloped nations, an NGO that helped launch the store.

As WeFood’s communication manager Jutta Weinkouff tells Tech Insider, “It is legal to sell products that have passed this date but the supermarkets do not. These items will be at WeFood.” Weinkouff also explains how supermarkets purposely order more food than they will likely sell, resulting in an unnecessary excess of discarded produce and food waste. This is due to major supermarkets discarding their massive stock of produce instead of sorting what’s edible. It is quicker, and thus cheaper, to simply throw out the whole lot. However, a practice that is easier or more profitable isn’t necessarily morally acceptable. WeFood believes in a more equitable distribution of food, and if that gives customers a break on the price, even better.

Should WeFood’s venture prove successful, the company plans to expand across the country. The prospect of similar ventures popping up in other parts of the world is what’s really exciting. As demand for unnecessarily discarded food increases, food waste and hunger will start to dwindle. And hopefully, for all of our sake, so will the price of supermarket avocados.