An Italian representative of the European Parliament, Licia Ronzulli, made waves in the media after sparking an important global discussion about the rights of new mothers. The funny thing is, her only method of protest is bringing her young child to work with her, which began as a necessity when her daughter Vittoria was still breastfeeding. Ronzulli has been taking her daughter to work for two years, which is to say, nearly the entire duration of Vittoria’s life. According to Elephant Journal, Ronzulli brought her daughter to her first Parliament plenary session when she was merely 44 days old. 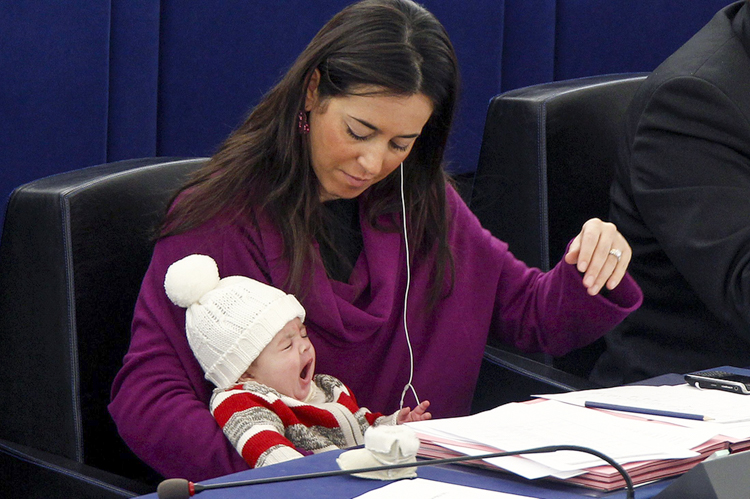 Her intention is not solely to increase family bonding time, but rather to make a statement about the rights of women, young mothers, and the general balance between work and family time. This discussion is especially relevant for Americans, who—along with Papua New Guinea and Suriname—belong to one of the few countries in the world that do not offer mandatory paid maternity leave. As ABC News notes, the U.S. is the only industrialized country in the world without these laws. Organizations like Moms Rising are working hard to change this, and Ronzulli has become a sort of poster-mother for the cause. 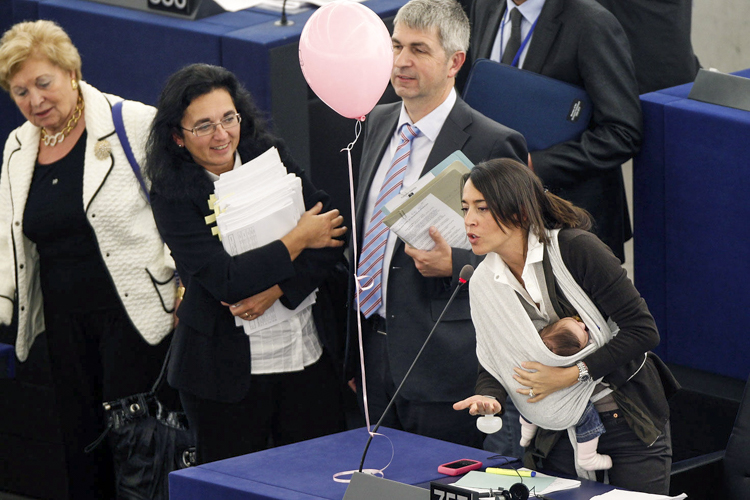 In the U.S., President Obama has been pushing forward initiatives to change the policies that do not permit paid family leave. According to whitehouse.gov, “Workers covered by the Family and Medical Leave Act can take up to 12 weeks of unpaid time off without losing their jobs, but many cannot afford to lose income. A handful of states have enacted policies to offer paid family leave, but more should have the chance. The President’s Budget proposes a $50 million State Paid Leave Fund at the Department of Labor that will provide competitive grants to help cover start-up costs for states that choose to launch paid leave programs.”

Fingers crossed more states get behind the initiative, as family dynamics in the U.S. have shifted to the point where many women have become the “breadwinner” of the family, and have their hands tied between attending to their children’s physical and financial needs. This is massively problematic, as a number of studies have drawn connections between the closeness of mothers to their children and the child’s ability to develop adequate social, intellectual and cultural skills. And as Christina D. Falci states in her Study, in conjunction with the Faculty of Virginia Polytechnic Institute and State University, “Economic pressure, on the other hand, has a direct effect on the psychological well-being of mothers, and probably indirectly effects children’s psychological well-being by lowering the psychological wellbeing of their mother.”

The photos of Ronzulli and her daughter span from September 22, 2010 to November 19, 2013, and are admittedly adorable as Vittoria raises her hand with Ronzulli to “help her vote.” Little does Vittoria know that her play-votes might actually count towards a significant cause outside the walls of the European Parliament. 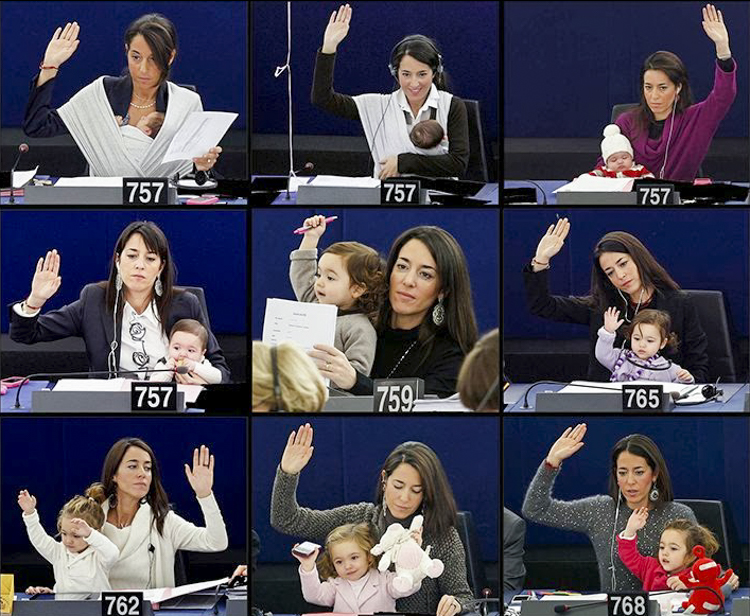 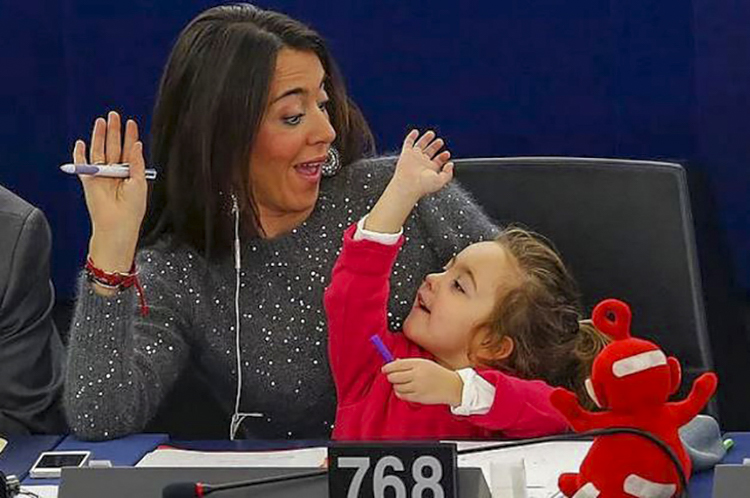