Alexandra Bochkareva has a thing for redheads and freckles. The St. Petersburg-based photographer’s fascination with gingers started when she began dabbling in photography four years ago. Usually working with redheads, her photographs feel like stepping into a fairy tale, especially her Winter and Autumn series. In these series, her love for redheads extends beyond humans; she brought a red fox to the shoot to make our Alice in Wonderland meets Little Red Riding Hood dream come true.

In 2012, Bochkareva began playing around with photography after the birth of her daughter. Beginning by shooting portraits of family and friends, her talent quickly grew when she found her style with shooting redheads. Opting to preferably shoot outdoors with natural lighting, she uses natural greenery or the snow to enhance the red hair and freckles on her models. She told The Huffington Post that she finds freckled models’ faces “very impressive” and shoots most of her portraits with gingers to celebrate their beauty.

In Autumn and Winter, she used Alice, the trained fox, as a second redhead alongside her models. In Autumn, Olga, a model who regularly works with Bochkareva, “shared secrets” on the forest floor with Alice. In Winter, Polly, another regular model, posed in the snow with Alice. In both series the models and Alice appear comfortable and calm together, modelling in photos that emit a fairy tale-like vibe. The photos seem like a step into Narnia, dream-like and magical.

“Alice is a wonderful animal,” Bochkareva told Modern Met. “Sometimes she is friendly, sometimes not. All photographs are spontaneous- I tried to catch the moments of their unity.” 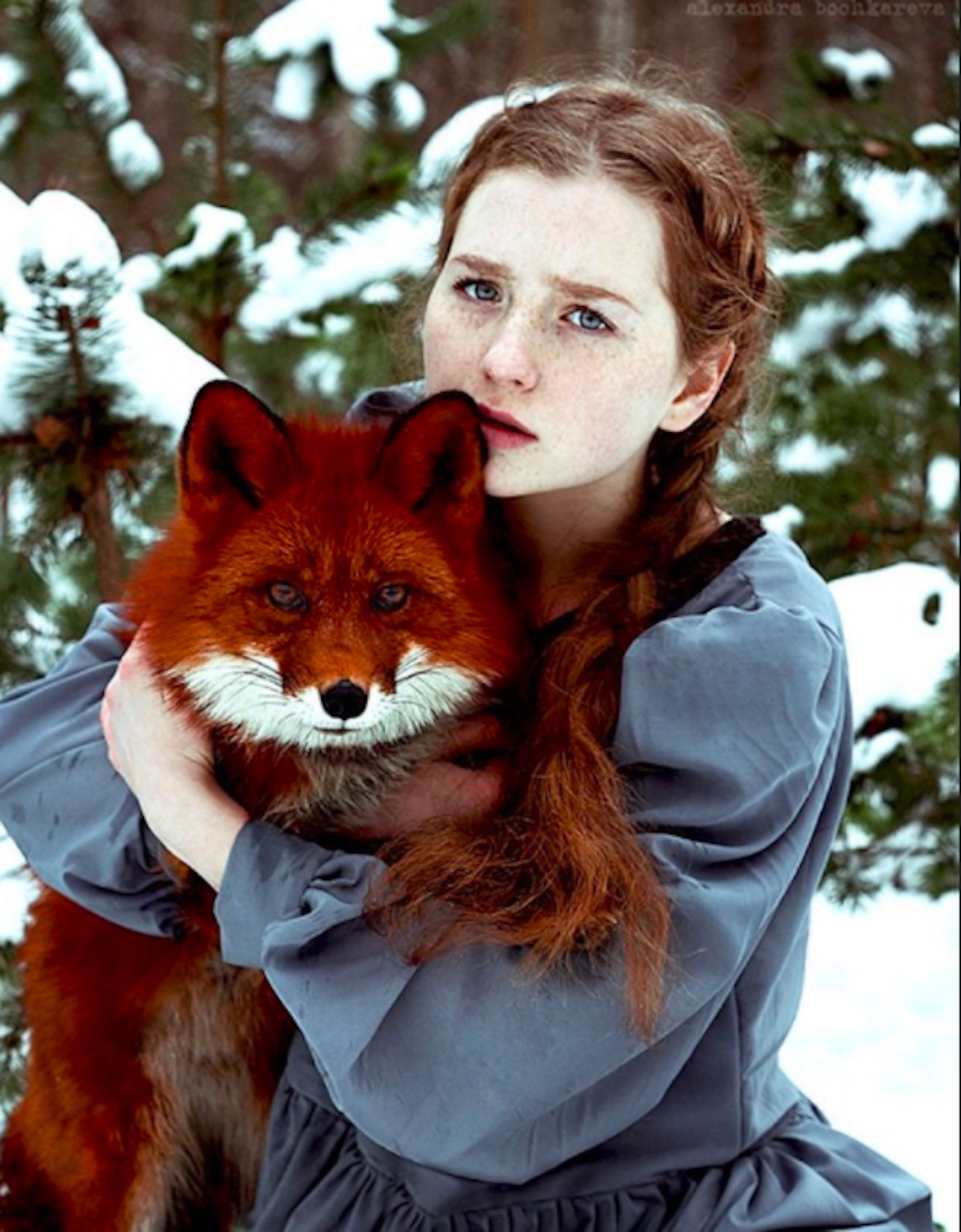