Stargazing has become quite the anomaly in an age of smelly fumes, smoggy cities and slow moving traffic jams. With a stroke of luck, I am surprised by shooting stars a couple nights out of the year: a sight I won’t see unless I drive a couple hours north.

Attention needs to be placed on the smog and filth blocking the beauty of our skyline. The World at Night’s (TWAN) 6th International Earth and Sky Photo Contest showcases this struggle for air pollution awareness. TWAN is an international effort to visualize, collect and share nightscape photos and time-lapse videos of the world’s natural beauty with an imagined celestial background. Their aim is to work towards an improved, peaceful planet for all of Earth’s living things.

A 180° panoramic view of aurora borealis in a winter night of Iceland, stretching from the city of Reykjavik to the town of Keflavik to the west 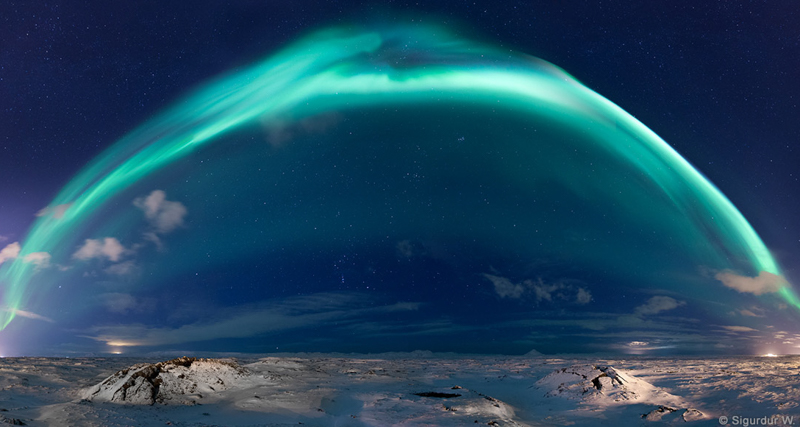 “The Dome” By Sigurdur William Brynjarsson

The Photography contest has been going global since 2009 and is a collaboration between the National Optical Astronomy Observatory and Astronomers Without Borders. Photographers are to combine elements of a night sky, including some notable scenery, a national landmark, or a backdrop of the Earth’s horizon. The idea is for them to create and submit works that stretch the technical limits of their cameras and produce awe-inspiring images that seem completely natural. A panel of 9 judges decides the greatest works from over 800 submissions.

A time exposure image of star trails around the south celestial pole (caused by Earth rotating), above volcanoes in the Bromo Tengger Semeru National Park of East Java. Indonesia 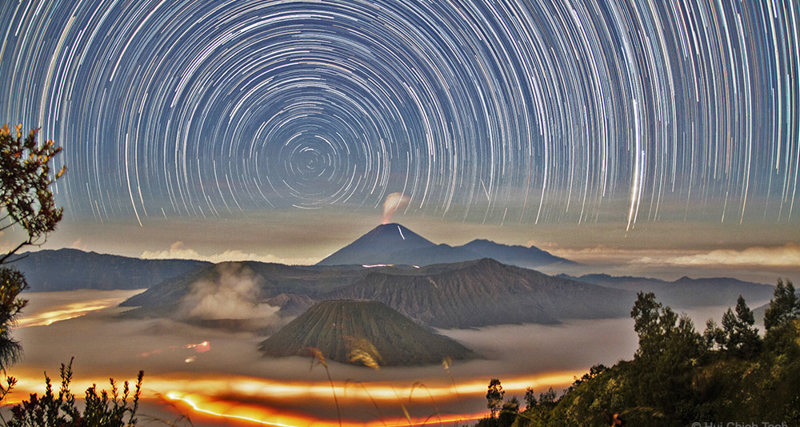 “Star Trails over Bromo” by Hui Chieh Teoh of Malaysia

The Milky Way emerges from the clouds over lights in the valley. In the centre is the Peak Terskol Observatory near Mt. Elbrus, northern Caucasus Mountains, Russia 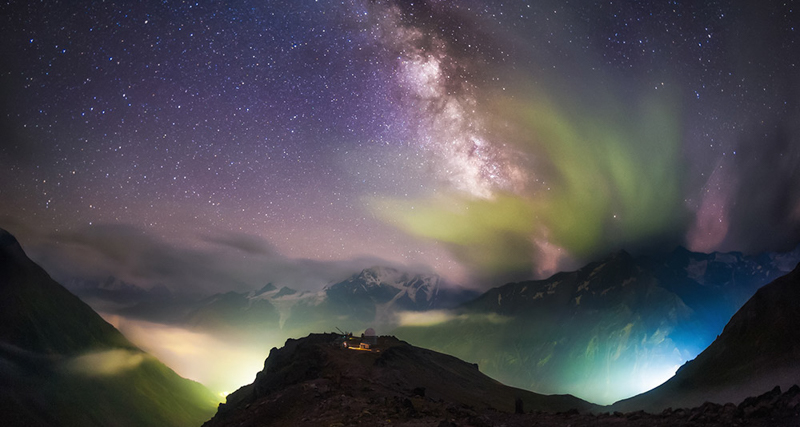 “Above the Light Pollution” by Evgeny Trisko 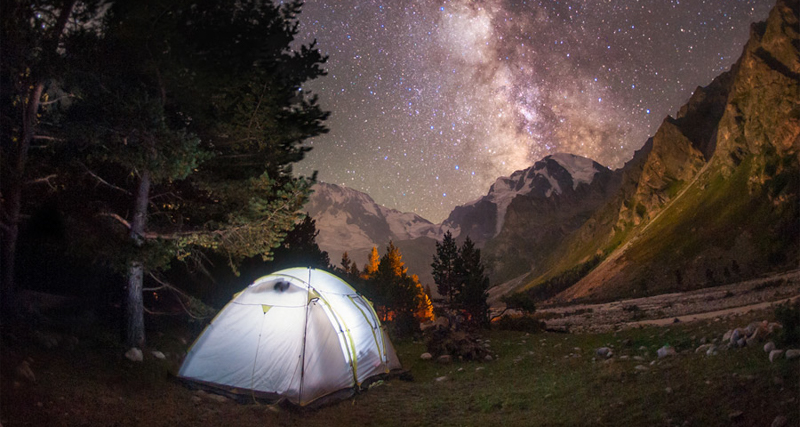 “Night Under The Starry Sky” by Evgeny Trisko

The moonlight strikes Mt Rainier in Washington, northwest USA, as the Milky Way drifts across the night sky, July 2014 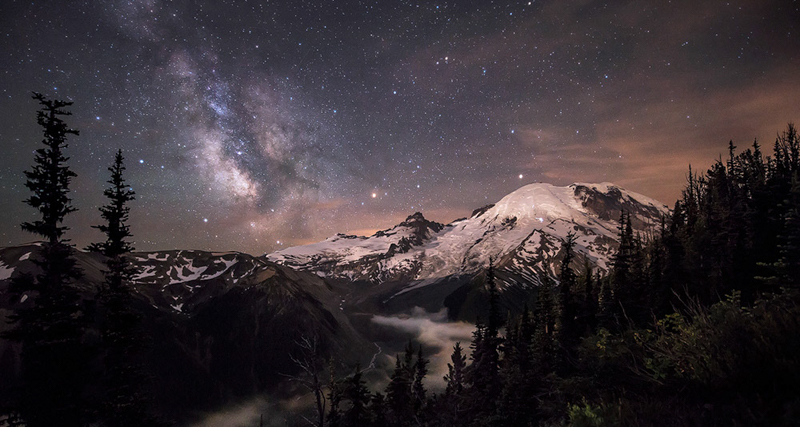 A photograph of CircumPolar startrails over Persian Gulf, light pollution from the Asaluyeh petrochemical site fellers 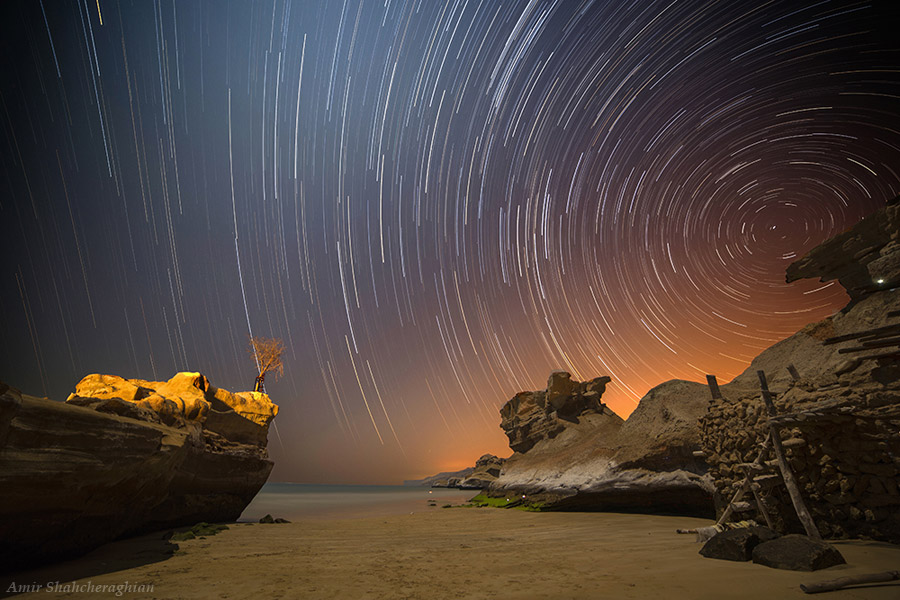 The Moon and the northern lights lit up the snow-covered forest in Murmansk, northwestern Russia, Dec 2014 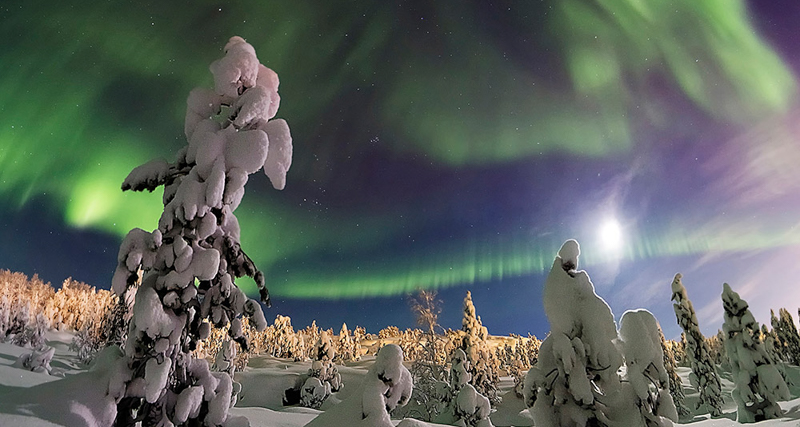 “The Enchanted Forest” By Lyubov Trifonova

An interesting take of the Minou’s Lighthouse. On the left you have pollution from the town Brest, on the right there is nothing but the light of the moon. Note the Orion constellation sitting above the clouds

“Lights of Minou” By Alexandre Croisier

The very top of Peterkoepfl in Zillertal is famous for its cairns, Nicholas found a large one that resembled a soldier amidst a battlefield of fallen warriors. “My last man standing was gazing at the stars above him and the bow of the Milky Way gave a perfect frame to emphasize that feeling.” 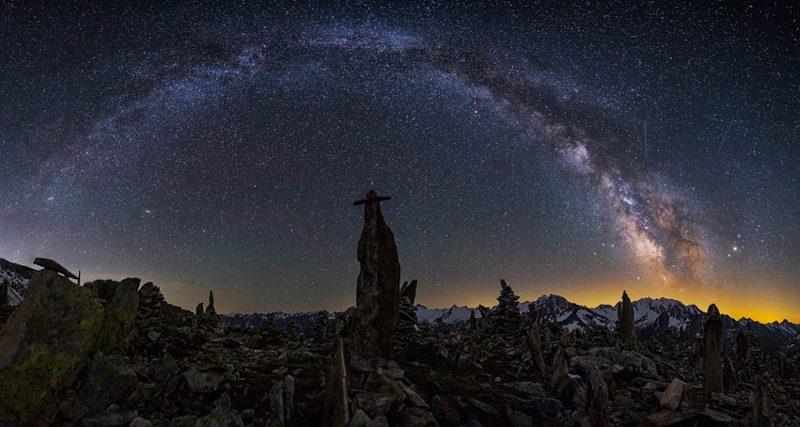 “I saw an amazing northern outburst of the northern lights under the forest trees, with plenty of colors. I have never seen any auroras from the ground, from this perspective.” – Lluis Romero 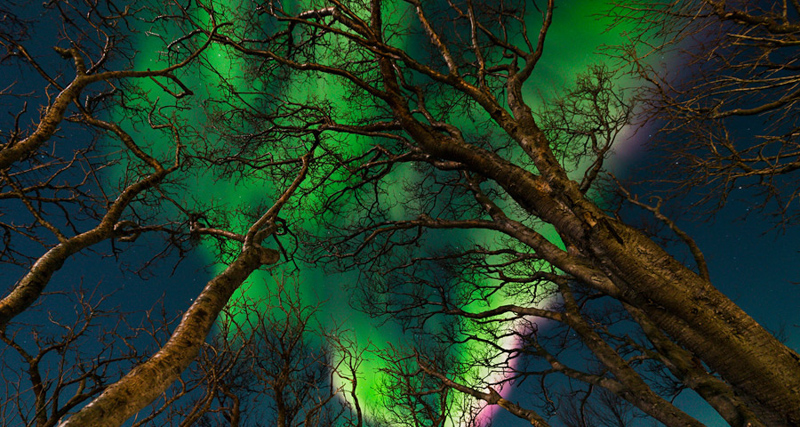 An arching Milky Way and sloping shores complement each other forming an elliptical shape giving the image balance. Taken over the sea caves at Pellegrin Point, limits of Gnejna, Malta. 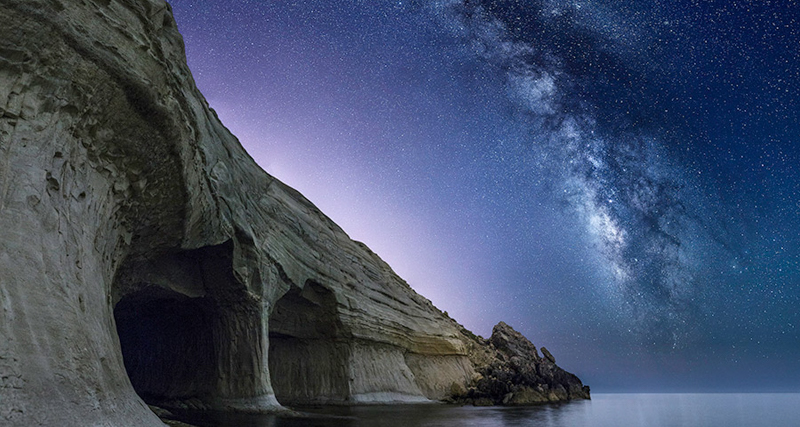 “The Milky Way over Sea Caves” by Gilbert Vancell

The Milky Way appears standing on top of the Mount Elbrus about midnight, right after the setting of the Moon over the Greater Caucasus Range, a view from 2,700 metres high on Kan Zhol Plateau 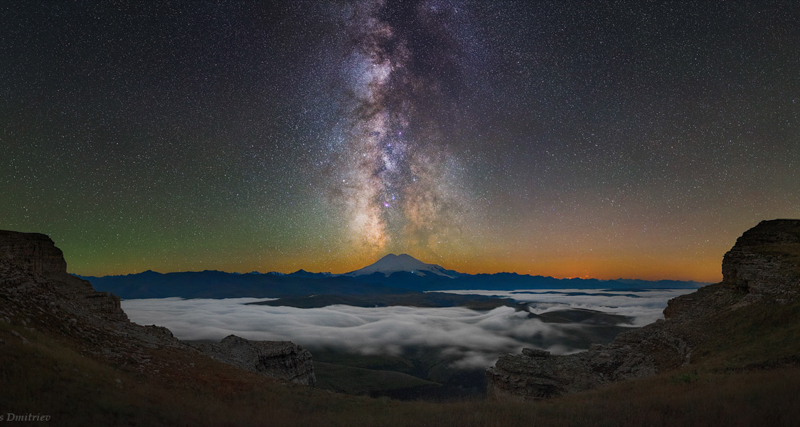 “The river of Milky Way stars is opposed to the river of light that men created on the earth. All this distracts us from the beauty of the sky, the coil of light in the landscape is created by the passage of a car on the road.” 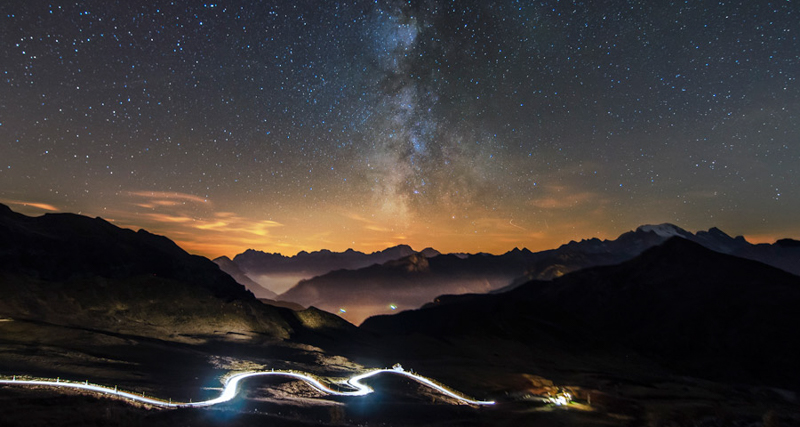 “Light River in the Heaven and on Earth” By Giorgia Hofer