When a loved one dies, this Indonesian tribe amputates a woman’s finger

Though death is integral it is also crippling, and often the death of a loved one leaves us with an aggressive emotional void, leaving us nearly physically incapacitated.

Peoples of certain cultures believe that this physical representation of emotional pain is essential to the grieving process—even going so far as to mutilate themselves as a form of mourning. An example of this can be observed from the Dani tribe in Papua, Indonesia, where tribe members have often cut off the top half of one of their fingers upon attending a funeral. They will also smear ashes and clay across their faces—an equally symbolic, but significantly less crippling form of grieving. 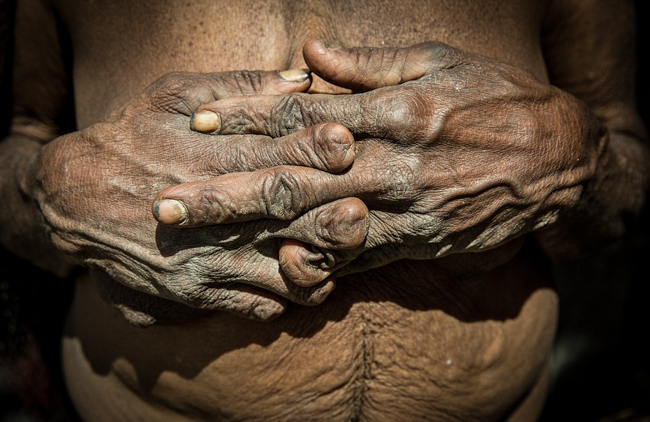 The Dani tribe resides in an extremely remote area of Papua Province in a town named Wamena—located amidst the Cyclops Mountains—only accessible by plane. Still, there is an estimated 250,000 Dani that live in the region according to The Globe and Mail.

The finger cutting is specific to the female population of the Dani tribe. This practice is derived from religious belief and rests on the fear that if the deceased were a powerful person while living, their essence would remain in the village in lingering spiritual turmoil. 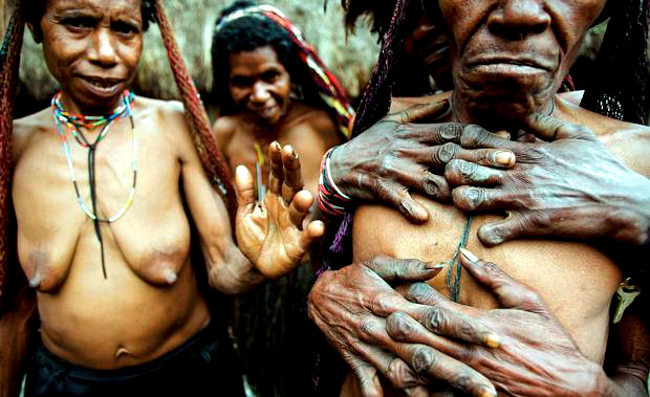 Before amputation, they will tie a string tightly around the upper half of their finger for 30 minutes, allowing it to go numb for a (near) painless removal. Often it is a close family member—sibling or parent—who cuts the finger. After removal, the open sores are cauterized, both to prevent bleeding and in order to form new-callused fingertips.

Finger cutting is said to be symbolic of the pain suffered after losing a loved one. However the practice of finger cutting has grown increasingly outdated over the years, and was officially banned some years back. For this reason it is typically the older women who carry the burden of mutilated fingertips. 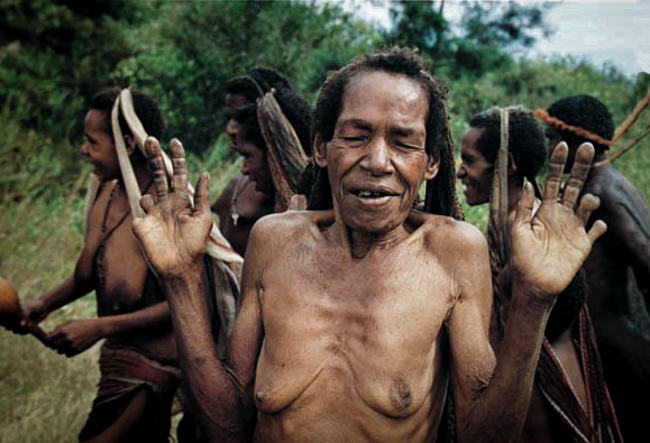 It’s tough to know exactly when these sorts of practices started (who was the first to come up with the bright idea to chop off their finger?) however it’s comforting to know that the trend is slowly simmering out. Though it may be a fascinating, culturally-accepted mutilation—especially gender specific—it is a practice worthy of an un-amputated middle finger.