The second that he joined the Skype call, energy filled the entire room. From the moment he opened his mouth, to the time we clicked ‘call end,’ I was wholly captivated. His overwhelming excitement could only be attributed to a single-minded purpose – Freedom Culture.

Marc Angelo Coppola’s contagious vision is of a world that is not bound by limiting institutions. In fact, in a Freedom Culture, institutions work in favour of the individual, promoting their freedom so they can contribute their greatest gifts to the world without constraint. For Coppola this is paramount, but it was not always this way.

In 2010 Coppola simultaneously graduated from school and sold his skate park business, “South-Parc”. South-Parc was one of his first enterprises, and his identity was deeply tied to it. Whether you’re a parent of a child, or a business, letting your baby go will always be a challenge. For Coppola, the decision to sell, although difficult, launched him on a journey of self-understanding and new beginnings.

With the decision to move on from South-Parc, Coppola’s identity had been completely uprooted and replaced with a deep longing. He knew almost immediately that he would not find what he was looking for at home in Montreal, so he set out for answers. His searching led him across many countries and let him experience different cultures. Coppola did not know what he was looking for, but he knew that whatever it was it had to be something of consequence, something that would truly bring about a better world.

Coppola’s ventures were not exclusive to the physical environment; he knew that to find whatever it was that he was seeking, he needed to traverse the realm of the mind. So, he ventured to the places of the mind that most people consciously choose to avoid. To get there he watched hard-hitting and eye-opening documentaries. He committed to watching one documentary a week; documentaries about our failing world, documentaries that made his head spin. And with every tragic story he watched, he could feel a fire burning within.

Coppola’s travels continued for a year, all the while steeping his mind in the despair of reality-based media. In the end he came to a definite conclusion. “What I recognized is that there was so much information on the problems, but very little on the solutions,” says Coppola. “I decided to put my money and mouth where my mind was and step up and do something.”

This was the beginning of a movement, which has since exploded across the globe and is only growing bigger every day. It’s called the Valhalla Movement.

About 20 minutes outside of Montreal, driving southeast, a collective of entrepreneurs, engineers, designers and hard working change agents are constructing Valhalla Montreal – a small city that aims to bring about a shift in global consciousness. And this is just the beginning.

According to Coppola, the Valhalla Movement is “a giant sandbox style experiment, both online and off, to change the culture of ‘sustainability’ and make it mainstream and sexy.”

For Coppola, sustainability is not just a bunch of hippies creating a hemp garden (although, one of Valhalla’s goals is to grow acres of organic hemp). Valhalla’s over-arching goal is to make sustainability appealing to everybody, so that our entire culture will eventually accept it as the norm.

To get the ball rolling towards this, the “Sustainability Learning Center” will begin construction in 2016. The school will teach the values necessary to overcome humanity’s challenges, by empowering students both mentally and physically. Some of these values include community, knowledge, action and sustainability.

To get the ball rolling towards this, the “Sustainability Learning Center” will begin construction in 2016. The school will teach the values necessary to overcome humanity’s challenges, by empowering students both mentally and physically. 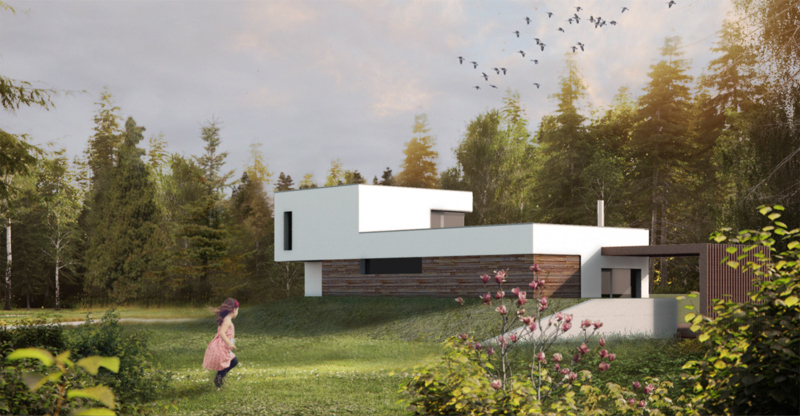 In the Valhalla community, “we” is thought of as an extension of “me”. Their manifesto states that community “is a web of interdependent individuals who strengthen the whole by acting together through their collective values.”

One collective value is knowledge, which for the members is about more that just facts. Knowledge is about developing a passion for learning and deeply valuing educational culture. But of course, knowledge is nothing without action. The Valhalla community sees action as creating measurable targets that can be moved towards everyday. The community’s manifesto states: “We vote every day with our money, time, attention and energy towards what we are effectively advocating with our actions”. Acting with all of these values in mind creates sustainability, which allows people to live with the complex processes of the planet instead of fighting against them.

The Valhalla community sees action as creating measurable targets that can be moved towards everyday. 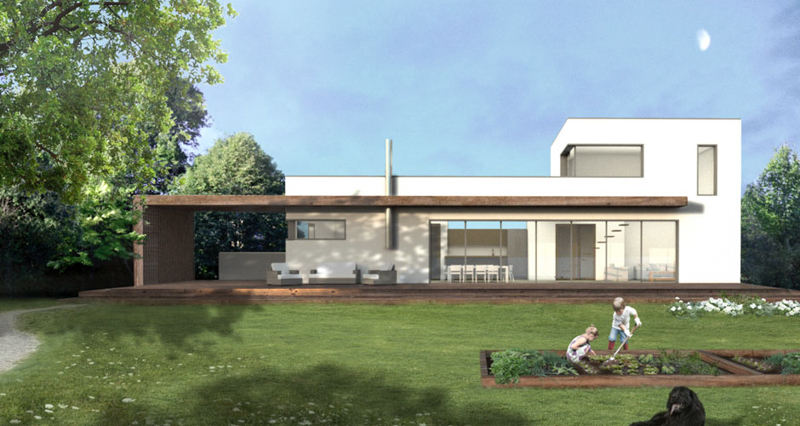 The “Sustainability Learning Center” is not the only project that Valhalla is working on either. “The idea is to transform the entire 60-acre piece of land into an organic food forest, public park and educational space for social entrepreneurs, permaculturists and professionals of all kinds.” They are already well under way towards reaching these goals.

WISDOM, Valhalla’s design firm, has created the blueprints for all the buildings that are to be created in Valhalla Montreal, bringing them one step closer to their goals. WISDOM has designed ultramodern looking earthships, not just for the people of Valhalla, but for anyone living anywhere. These houses have a build-it-yourself platform where customers get to choose the layout of the house before it is constructed. In the long term, over 30 of these homes will be built on Valhalla’s land with over 150 residents – all off grid. “A recognized alternative school wouldn’t be out of the cards either,” says Coppola.

WISDOM, Valhalla’s design firm, has created the blueprints for all the buildings that are to be created in Valhalla Montreal, bringing them one step closer to their goals.

You don’t have to live near Montreal to get involved; Valhalla is meant to be accessible the world over. Anyone can contribute to the tribe just by reaching out and expressing interest to the other members. Coppola may be the founder, but Valhalla only works because it has many people with the same kind of enthusiasm for changing the world. Together they comprise a movement that is going somewhere fast.

Coppola feels empowered beyond belief, because this movement is more than just a piece of land. With every passing day more work is done to reach the milestones set by the movement. This action is fuelled by the faith that the abundance possible is the abundance that will be achieved, because of the dedicated efforts of the collective. The land is the actualized “Garden of Eden” that, in Coppola’s mind, is the destiny for the entire planet.

Global challenges are taken on through small-scale initiatives of people who are truly dedicated to the cause. And according to Coppola the only way we will do this is by removing the competition model and in its place, erecting the cooperation model as our go to method for solving problems.

Coppola paints a picture for what is to come. Imagine walking down a path that is so integrated into the surrounding nature that it flows like a river. There are children playing as the sunny sky steeps the entire scene in a serene orange glow. Animals enjoy the abundance that is laid out before them in the form of fruit, flowers and the company of other wild beings. Bees are celebrated for their importance in growing our food and kept as a guest in the many hives that dot the landscape. Humans return to their agrarian roots, each having some hand in the production of their food. The eco-houses seamlessly blend into the landscape. The path ends at the Sustainability Learning Center, a giant, white building that you know seeds the future of our species; a future of actualized abundance and positivity in its highest form.