Quite possibly the most badass adventurer of our time, Jason Lewis embarked on an expedition around the world solely relying on his own strength and no motors.

The excursion spanned about 13 years and covered a total of 46,505 miles. The English-born Lewis is revered by Guinness World Records as the first person to circumnavigate the earth exclusively by human power. 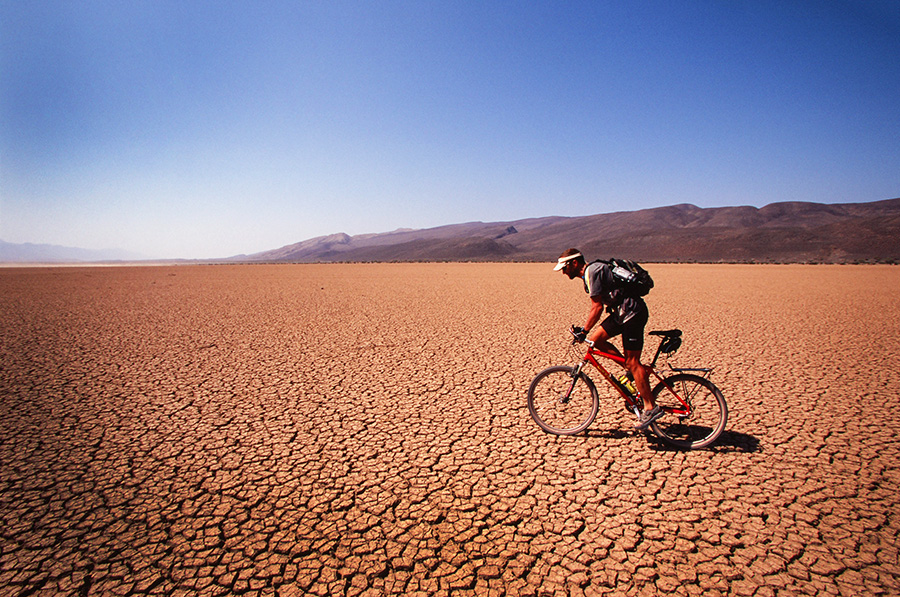 On land, Lewis traveled by walking, biking, and inline skating over five separate continents. As for the rivers, seas, and oceans, he experimented with an assortment of techniques like swimming, kayaking, rowing, and pedaling a boat.

There’s a certain type of liberating freedom that comes with traveling at your own speed. You get an in-depth look at each country and an appreciation for every small-town treasure along the way. Lewis managed to create friends around the world, including a schoolteacher, April Abril, who accompanied him for part of his journey. 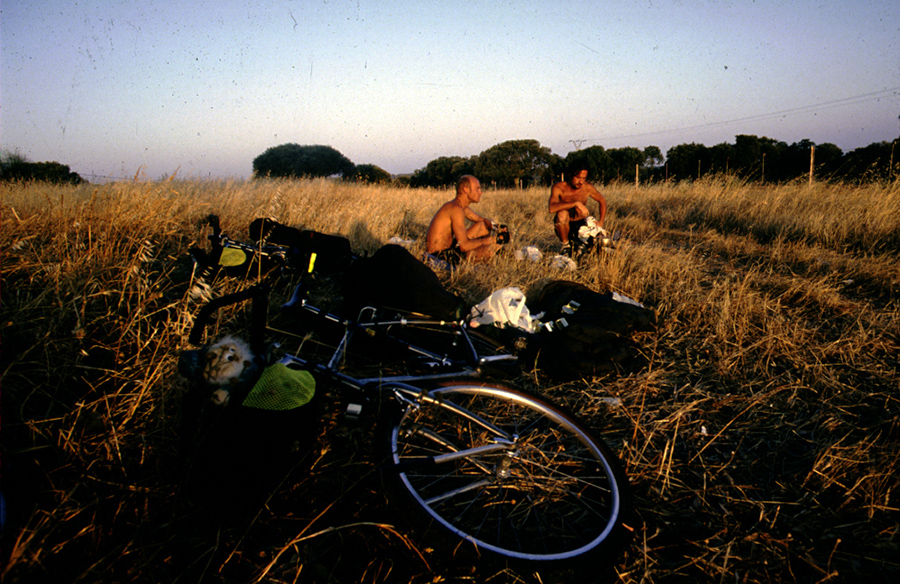 Of course, this nomadic lifestyle comes with a cost. From crocodile attacks in Australia to nine months of physical rehab after a hit and run in Colorado, Lewis’s adventure took a heavy toll on his health.

However, all of his grueling efforts paid off—besides his one-of-a-kind experiences, Lewis is a proud holder of four world records. In addition to his record for circumnavigating the globe by human power, he’s also the first person to cross the Atlantic Ocean beginning at mainland Europe and ending on the North American coast. He’s also the first to cover North America traveling on inline skates, and the first to pedal a boat across the Pacific Ocean.

Lewis shared his experiences in his travel book series The Expedition. This includes three separate novels Dark Waters, The Seed Buried Deep, and To The Brink.

The series is incredibly successful, winning the Benjamin Franklin Award in 2013, Eric Hoffer Award, the National Indie Excellence Award, and the ForeWord Reviews Book of the Year in 2012.

Lewis also shares his brilliant traveling expertise as a contributor to several travel magazines including Men’s Fitness and Sports Illustrated, as well as guest appearing on talk shows like The Tonight Show with Jay Leno and CBS This Morning. 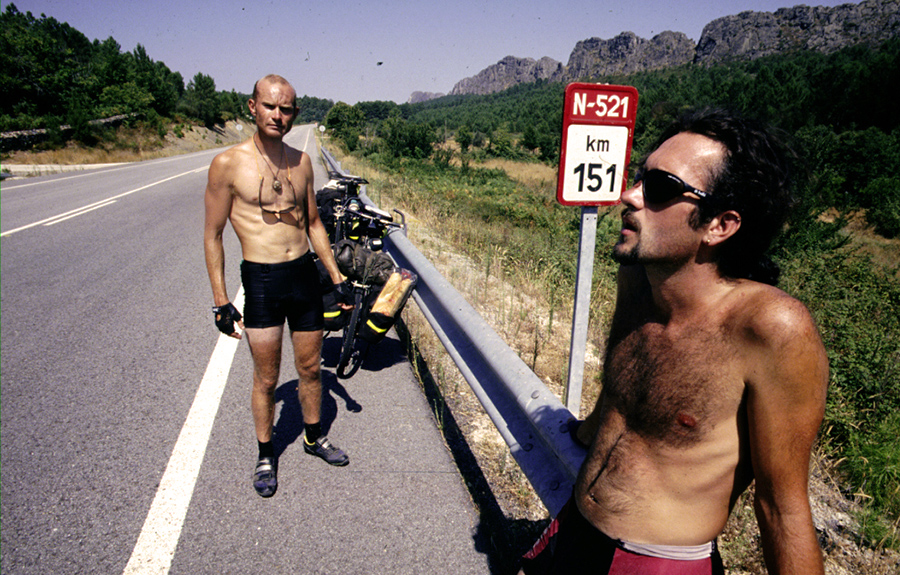 As a well-recognized face in the travel community, Lewis uses his fame for positive change. To date, he’s visited 900 schools in 37 countries encouraging students to take part in programs such as UNESCO’s Associated Schools Program Network.

Lewis even created a non-profit organization for humanitarian causes including The Hope Orphanage in East Timor, and hospices located in southeast Asia for people living with HIV and AIDS. 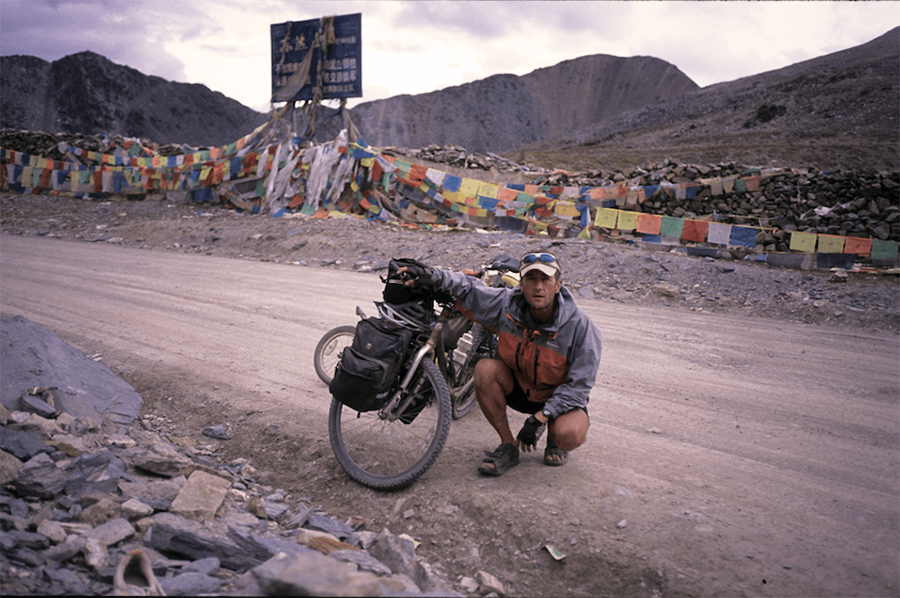 Although the London Sunday Times called Lewis “the last great first for circumnavigation,” there’s no reason for fellow nomads to discredit their chances to follow in Lewis’s footsteps. Take it as a challenge to travel the world with your own power. 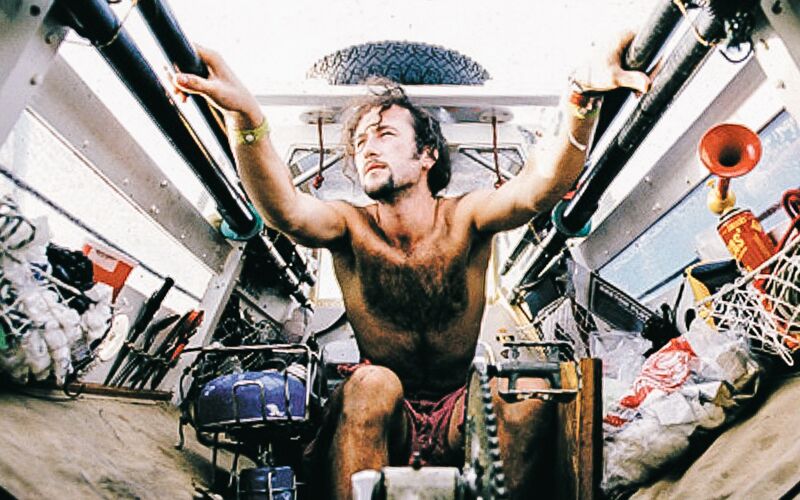 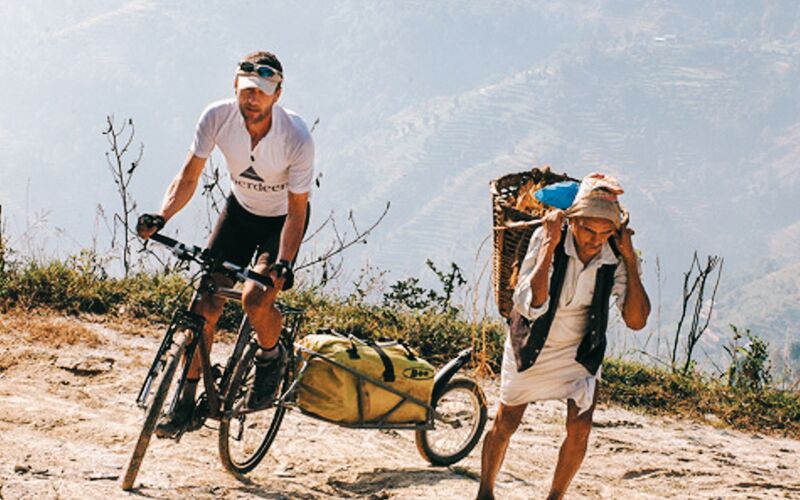