Throughout Kenya’s history, women have been subject to abuses of their rights and liberties. They also face danger daily: according to Upworthy, one in four women living in Nairobi, the capital of Kenya, has been sexually assaulted.

In July, President Barack Obama spoke to an audience of 5,000 Kenyans and stated that women should not suffer from sexual assault, genital mutilation and forced marriage because of a tradition that has dated back centuries.

According to WHO, female genital mutilation, commonly abbreviated to FGM, is closely linked to cultural, religious and social factors. Because FGM is seen as a social convention, women may feel the need to conform to standards due to social pressure, further perpetuating the action.

Some proactive measures have been taken to protect the health and safety of women and defend their rights. No Means No Worldwide is a campaign that that uses prevention and intervention training to educate about gender-based violence. The group offered self-defence classes to women in the poorest parts of Kenya. Through action, education and empowerment, women in Kenya have seen an almost 40 per cent decrease in sexual assault cases.

Although the campaign aims to prevent and educate, victims who have already been assaulted have found little protection and security after their assault. Many are forced to see their attackers daily after the fact, and others are ashamed to tell their stories to others for risk of being shunned. That’s when Kenyan assault victim Rebecca Lolosoli created an all-female community that began as a refuge for survivors of sexual violence.

Umoja is a village in the grasslands of Samburu, which is in northern Kenya. The village is surrounded by a fence of thorns. Inside the fence lives a tight-knit community of 47 women whose lives have a common thread: they have all been victims of domestic violence or sexual assault.

Within the village’s walls, women feel educated, empowered, and have a lifetime of support from one another

To break the chain of sexual abuse after being a victim herself, Lolosoli thought of creating an all-women community while recovering in the hospital from being beaten by a group of men, according to The Guardian.

She began to create the community in 1990 with the help of 15 other women who were all survivors of rape by British soldiers. They’ve created a safe haven for victims who have experienced child marriages, FGM, domestic violence and rape.

Now 25 years later, the 47 women help educate almost 200 children living in the village, explaining the dangers of the different forms of abuse while providing a safe place for women and girls to talk about their experiences and live without fear.

Lolosoli is the matriarch, as the people who come to the village are from neighbouring isolated Samburu villages. The village culture is patriarchal and women are often left out of important decision-making processes regarding their own community. By coming to Umoja, women have a say in how the community operates.

Rebecca Lolosoli has been threatened repeatedly from local men, but she remains strong and proud of her accomplishments 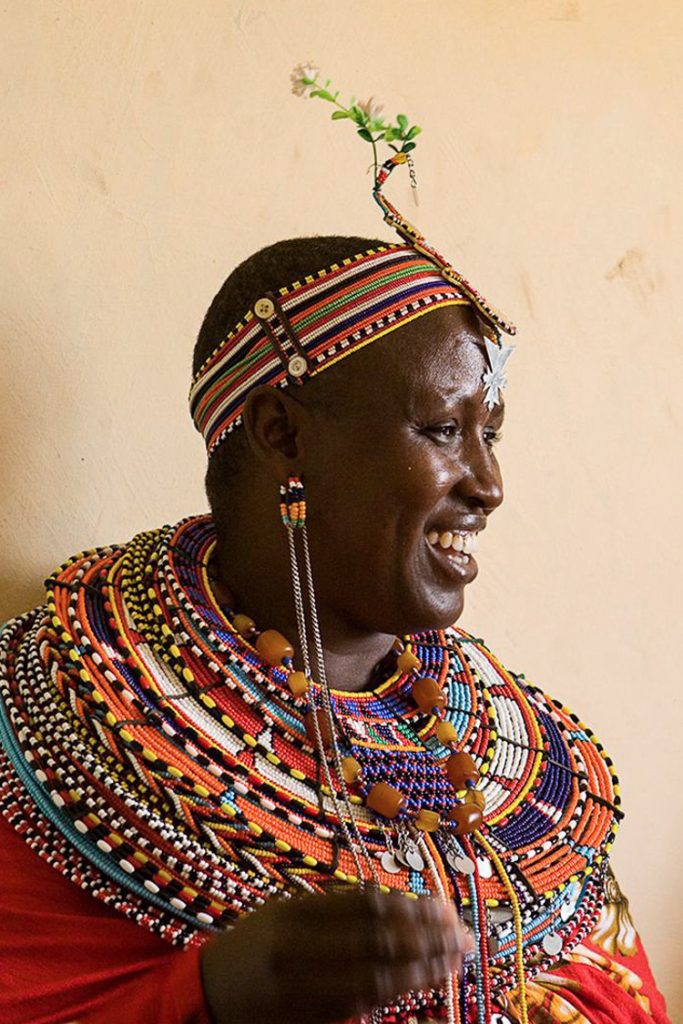 Since Lolosoli has created her home, she has been threatened repeatedly from local men, but she remains strong and proud of her accomplishments.

In the village, women have a say in how the community operates

The main source of income comes from safari tourists, as travellers pass through nearby nature reserves. Tourists have to pay a fee to enter the village. Members of the community make colourful bracelets for travellers passing through the reserves and sell them at their local craft store. Men are still allowed to enter the villages, however, they are not allowed to stay for an extended period or live in the village.

The community is thriving: women educate girls on gender-based violence and also teach them new skills, like jewelry-making. Above all, Umoja is a safe space: within the village’s walls, women feel educated, empowered, and have a lifetime of support from one another.

Georgina Goodwin for the Observer