Every June at the Piazza Santa Croce, thousands gather to watch a centuries-old game where bitten-off ears, sucker punch-induced comas and limbs being snapped like kindling are expected casualties of the world’s most dangerous game. In Florence, Italy, Calico Storico is a form of historic football where players are allowed to use their feet and hands. The four teams of 27 come to satisfy their hunger for glory. The 4,000 fans come to satisfy their lust for blood.

Players of Calico Storico are more akin to gladiators than they are to regular athletes. 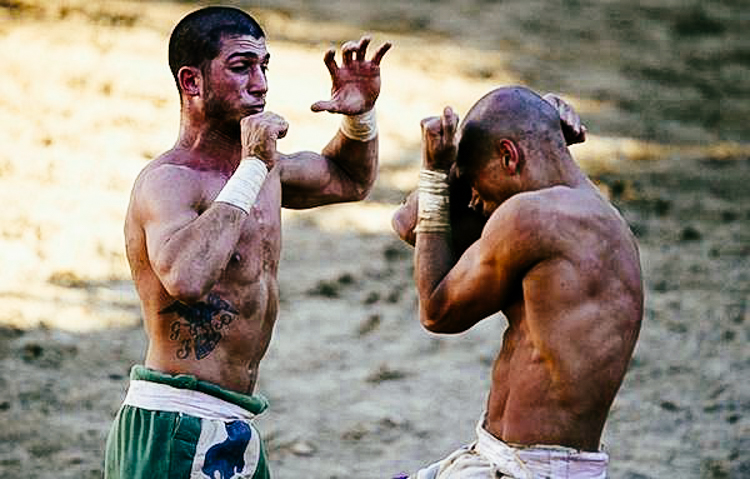 In 1574, King Henry III of France declared it was ‘too small to be a war and too cruel to be a game.’ 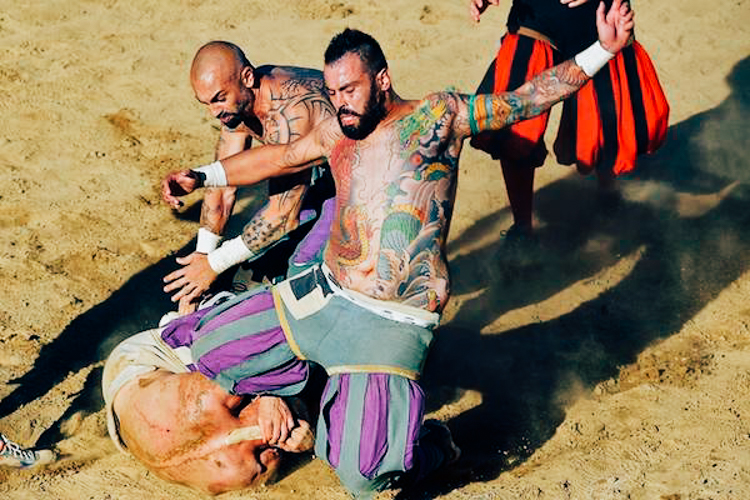 Two teams of 27 dressed in ancient uniforms, most adorned with sun-faded tattoos and beefy scars, face off in a game that draws influence from football, tribalism and bare-knuckle brawling. 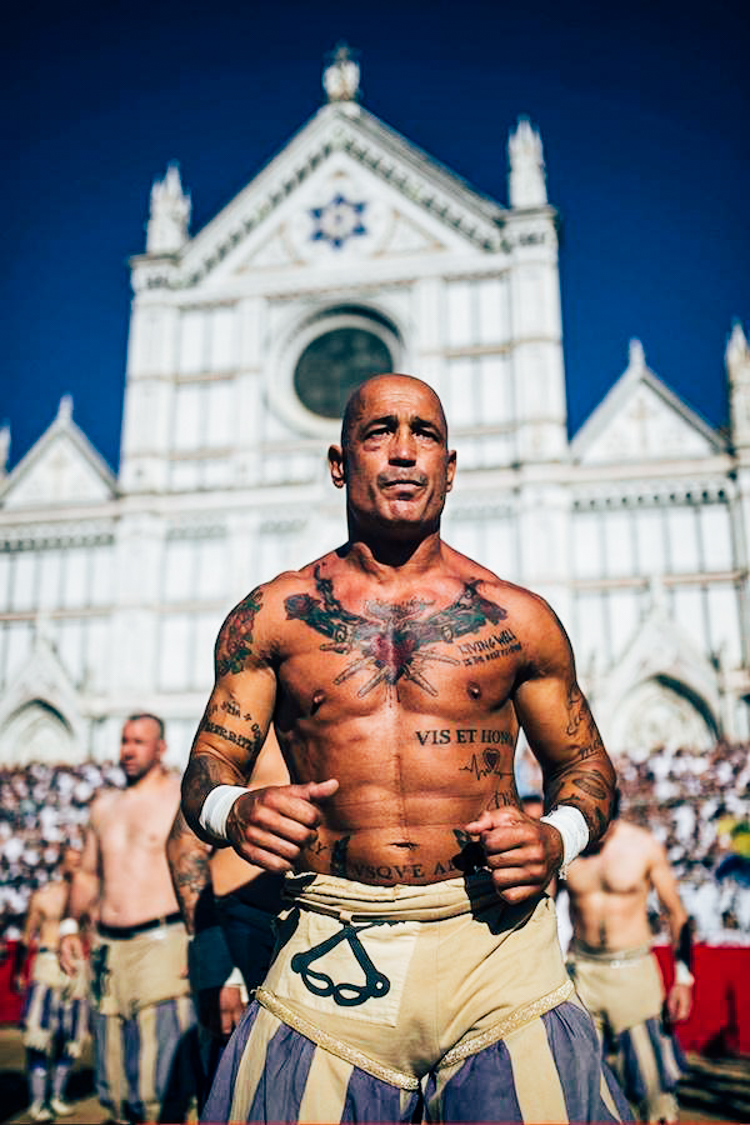 Four teams compete in an annual tournament where the four districts of Florence compete for victory. Santa Maria Novella in red, Santa Croce in blue, San Giovanni in green and Santo Spirito in white.

The point of the game? Score as many caccias or goals, as possible. The strategy? Injure your opponents to the point that they cannot continue. 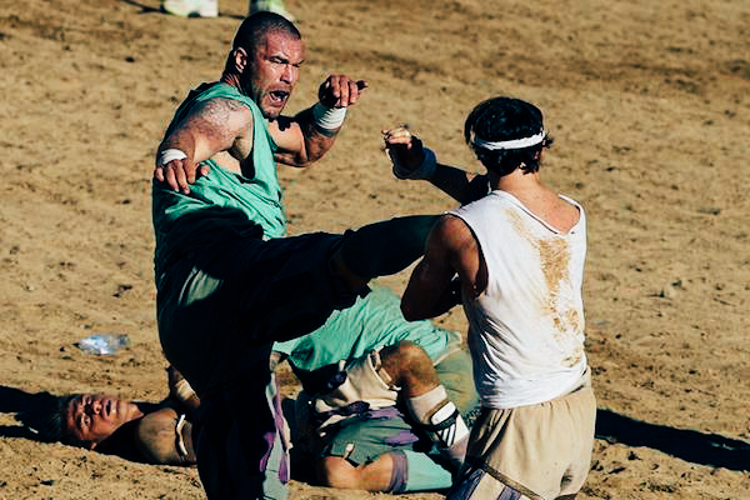 Calico Storico is played with no equipment, no substitutions and games last 50 minutes without pauses. 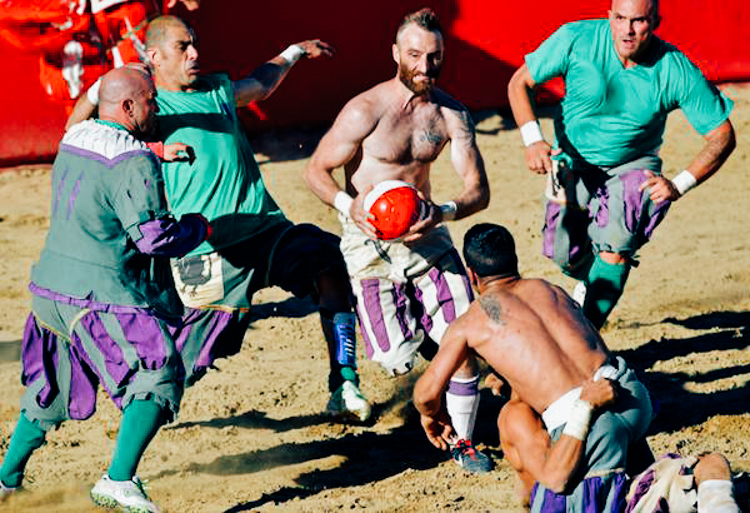 The game is played on a field of sand, split into two equal halves, with a net that lines the width of both ends. 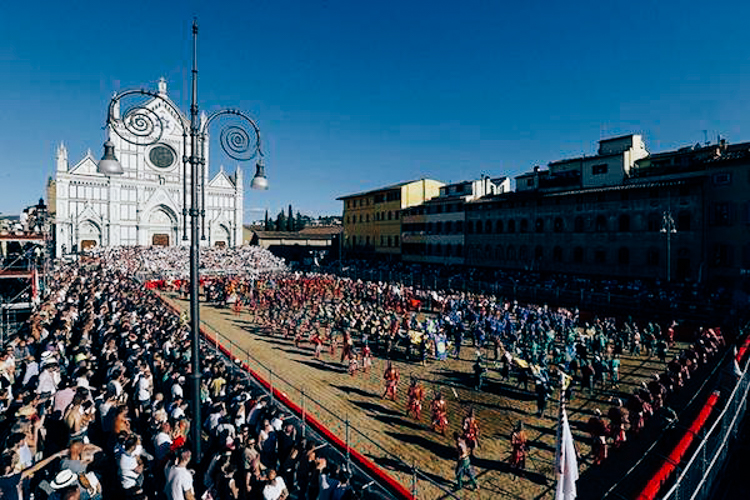 Players spend the better part of a year training to play a maximum of two games that will almost certainly result in some form of mild to severe disfigurement. 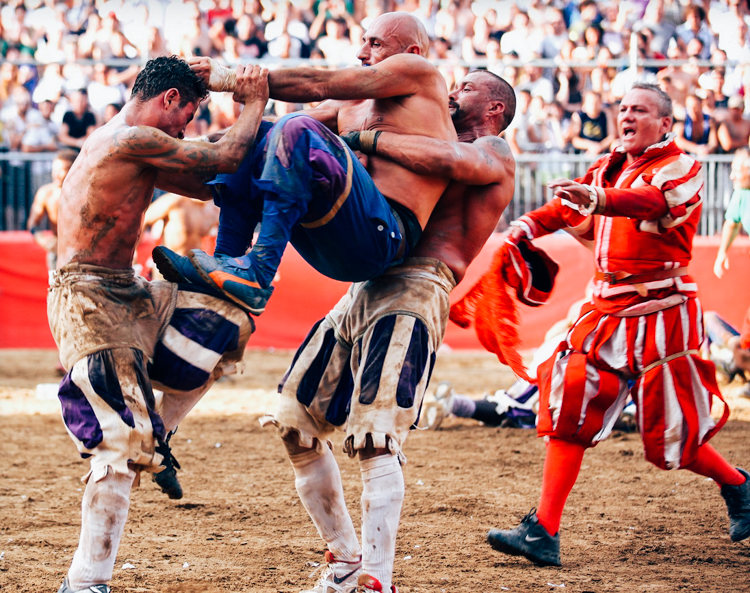 The prize for surviving long enough to claim victory? Players have their post-game meal paid for by the Federation. No players are paid. 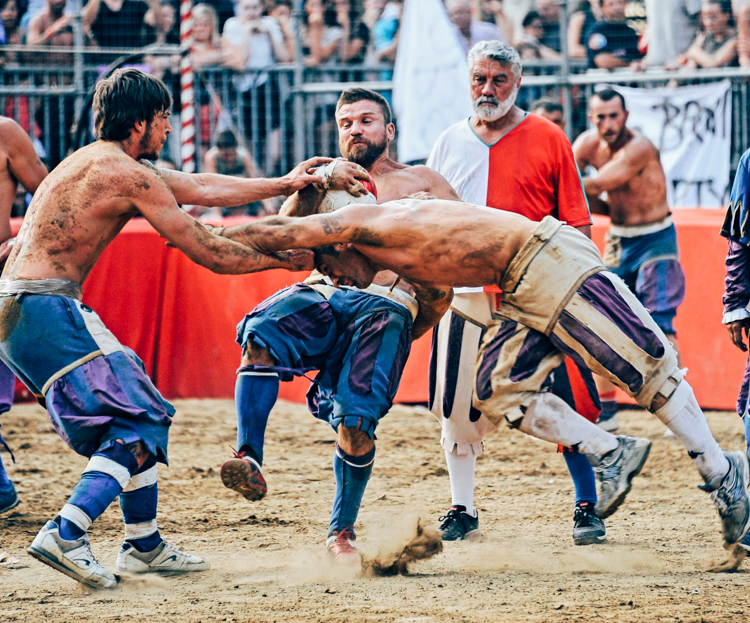 Players come for the intergenerational passion and for the privilege of having endless amounts of brutal stories to tell. 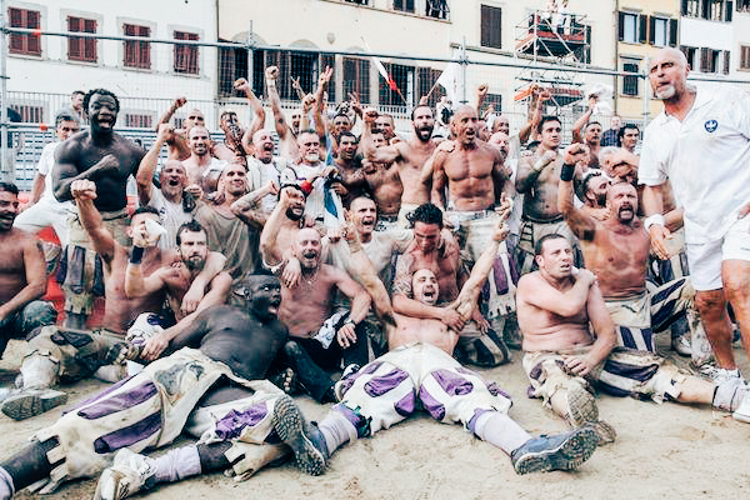 The referee, is the Master of The Field. He dresses in medieval attire and carries a sword. His job is to keep the peace, although sometimes players are knocked unconscious before he can intervene. 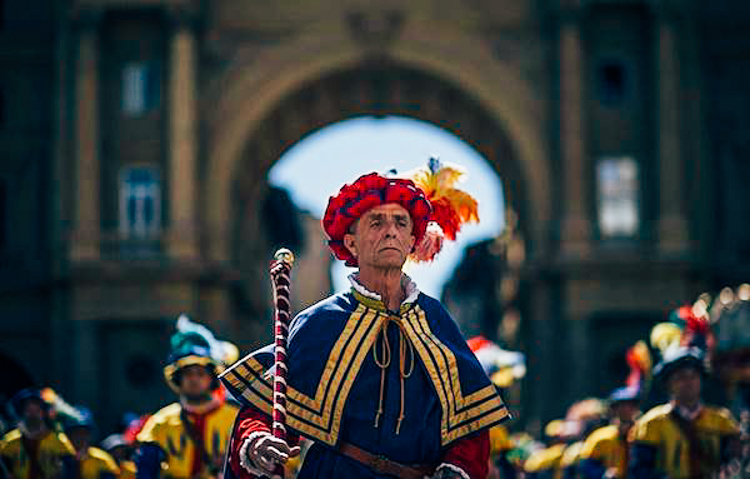 So far though, there have been no deaths. But in 2013, 20 per cent of players were hospitalized. On-field paramedics are always stationed close by. 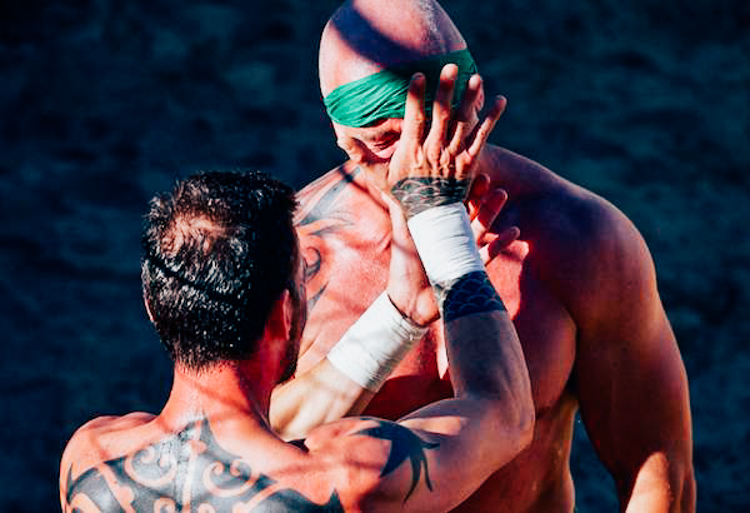 According to NYT, players were banned from wrapping their hands after an incident where one team wrapped their knuckles in dry powdered plaster, completed inspection, and then submerged their fists in water causing the plaster to become a solid. 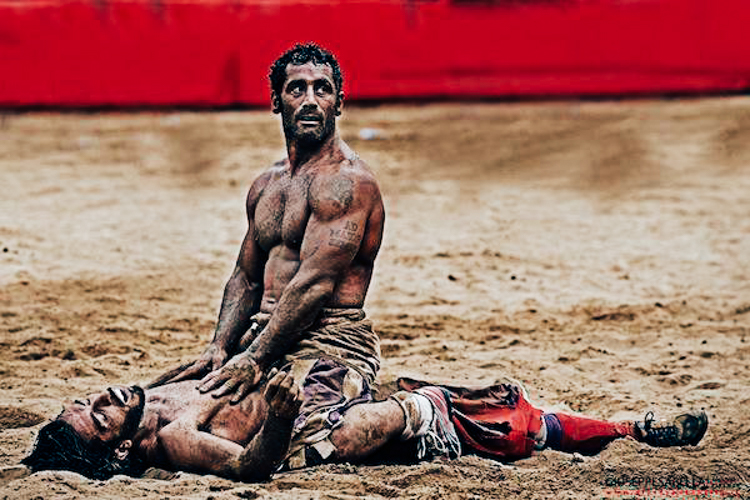 So if you’re sick of the fake-injuries of soccer or multi-million dollar salaries of overpaid athletes, then head to Florence to witness the Calico Storico for yourself. You’ll know the carnage is about to begin when you hear the sound of a small cannon being fired. 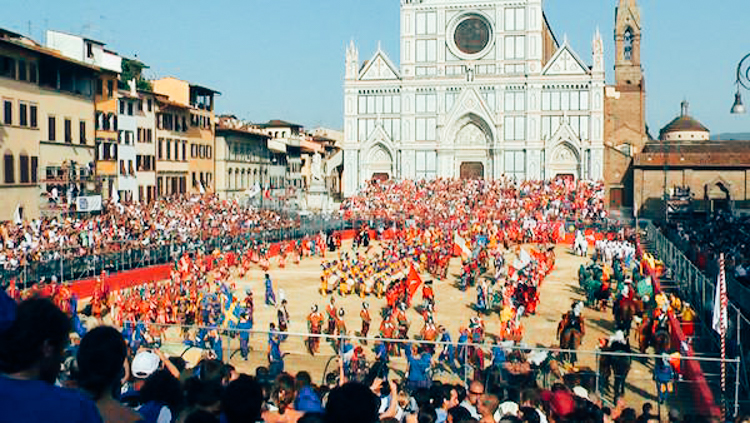