This artist is using T-shirts to confront racism (photos)

It may be easy for some to think that their words just disappear once they’ve said them. But the ongoing photography project by Berlin-based American artist Isaiah Lopaz reminds us of the lasting impact of racism. By printing racist comments that real people have said to him onto shirts and having a friend take pictures of him wearing them, he shows racism in a visually effective way. The photos are simple, which puts most of the focus on the words being repeated and how they can stay attached to the people targeted by them.

The project’s title, Things you Can Tell Just by Looking at Him, also sheds light on the way that these racist assumptions can be among the first things people think about people of colour, even in communities that one might expect to be more open-minded, like the LGBTQ community. The portraits expose the kind of contradictory thought processes that fuel bigotry in society.

With Germany experiencing more racial tension than usual because of the refugee crisis in Europe, it is important that people be conscious of how harmful racism and xenophobia can be to the psyches of real people. By looking at racism from several angles, this portrait series can give people a starting point to examine their own biases and rethink them.

To supplement the pictures, Lopaz also includes autobiographical writings that explore his experiences as a gay black man in both America and Germany. Altogether, the blog provides a deeply personal look into racism from someone who lives it.

If you like these photos, you can find the whole series at Lopaz’s blog Him Noir, where he tells us that he will be “expanding this project very soon.” 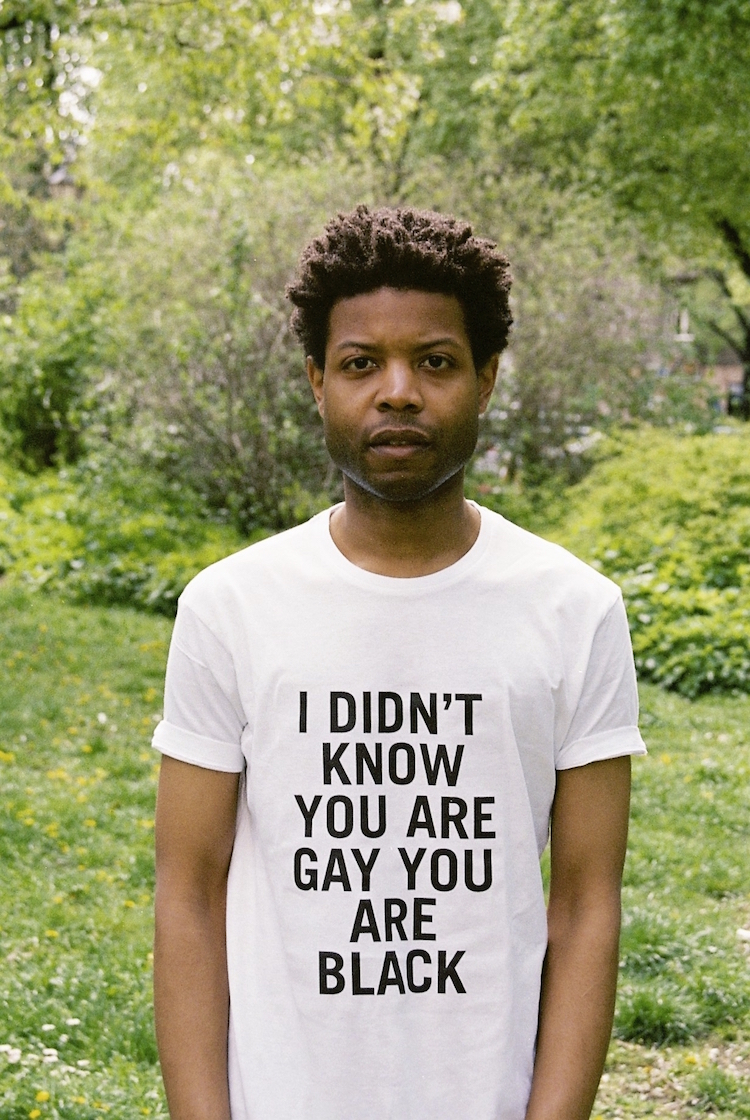