His installations have been seen on city streets across the world from London to Amsterdam, Montreal, Paris, Bogota, St. Petersburg and many more. They come as a surprise to passersby who stumble upon his tiny sculptures which are often no taller than a few inches and artfully positioned to blend with the scenery. For Spanish artist Isaac Cordal, the world is a canvas.

In 2014 the residence of Nantes, France found 14 life-sized sculptures of businessmen and politicians floating in the moat of the Château des Ducs de Bretagne as part of an ongoing series called Waiting for Climate Change. 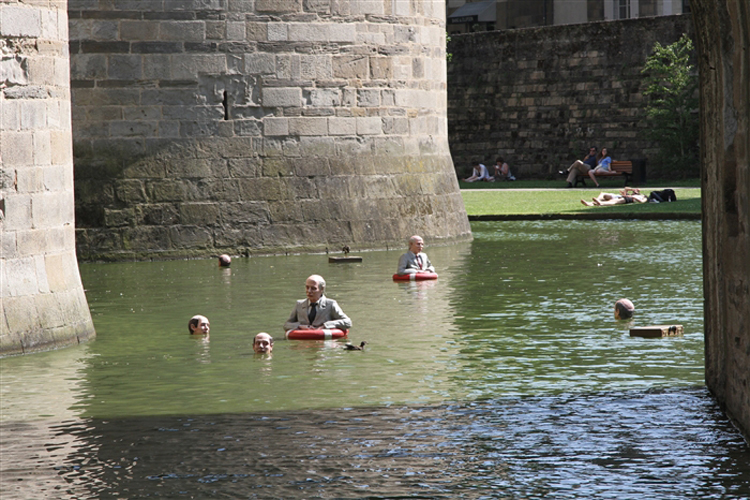 The floating sculptures move according to the wind and direction of the water. 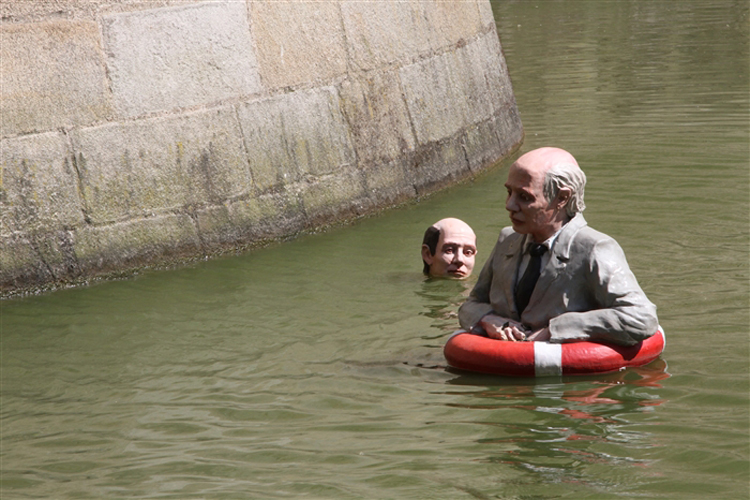 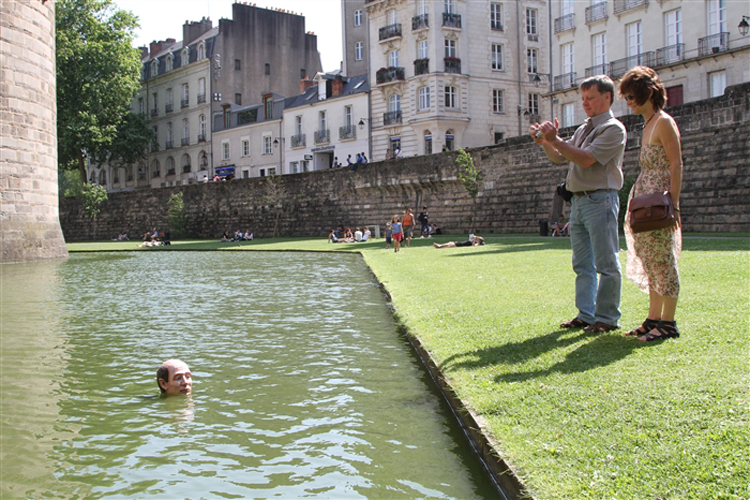 Cordal positions his army of concrete miniatures with spectacular attention to detail, like “making poetry out of sculpture.” His exhibits tell a story inviting commuters and spectators to take a moment to reflect.

“Today we are more concerned about the future than the present. We live in a society that appreciates the appearance of success and the productivity above all.” He says, hoping to inspire, “a critical reflection about what surrounds us and the importance of questioning everything.”

In addition to climate change Cordal has tried to encourage his audiences to think about education and the way we communicate. 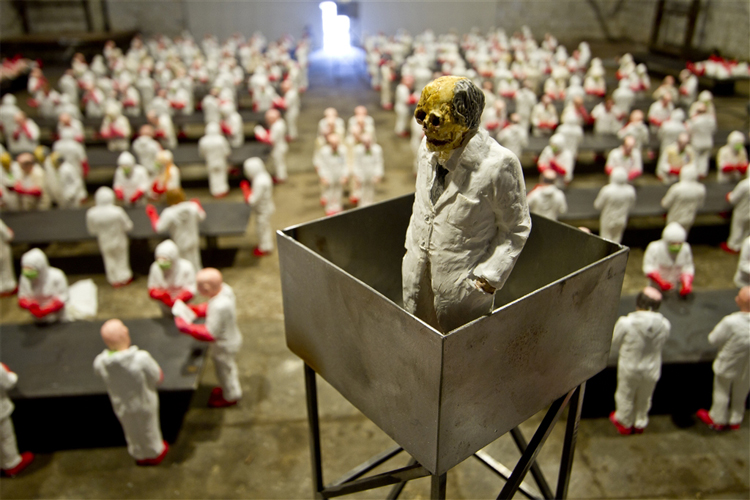 In an installation called The School an abandoned factory was used to display hundreds of tiny sculptures organized into an assembly line of students. 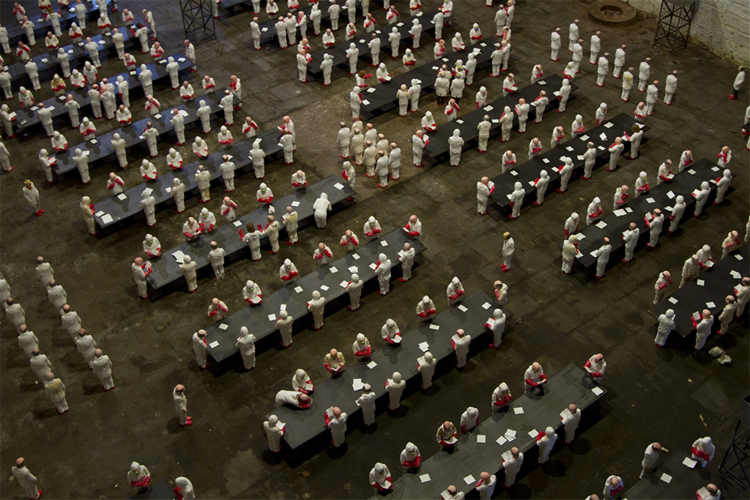 This installation is an observation about how education has transformed into an industry where schools are seen as businesses and students are their customers. 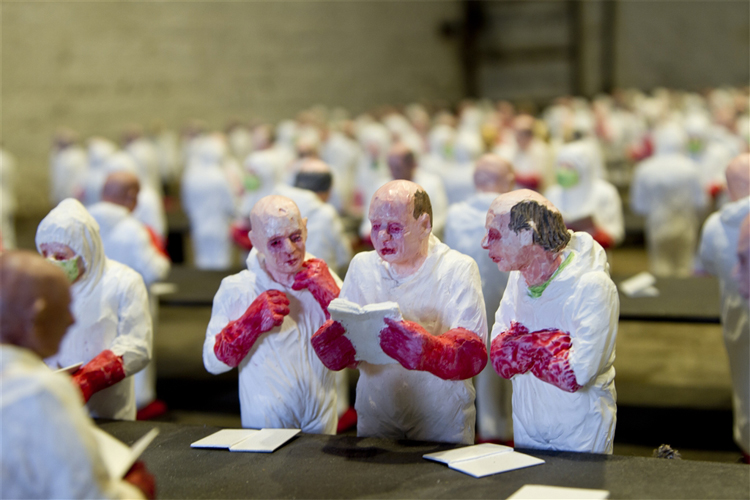 “We live immersed in the industrialization of thinking that makes us slaves of production away from an enriching personal development through education.” 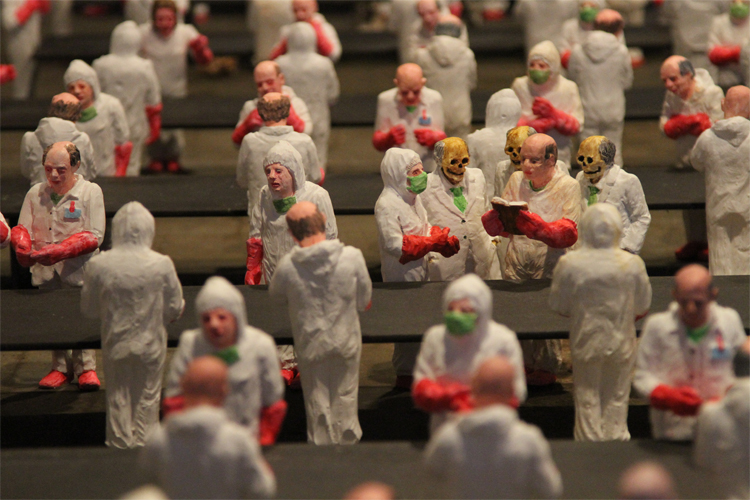 In Lodz, Poland the side of a building was dotted with several of his miniatures standing alone on balconies with cell phones in hand and no way out. 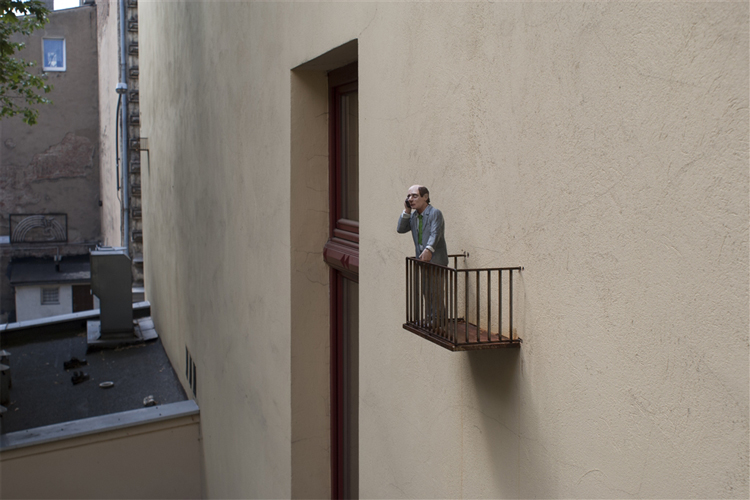 “Many years ago, I imagined a party full of people, where no one communicated with each other. There was a warmth due to the presence of bodies, but there was no communication. There was a noise of the overlapping conversations…They were all communicating with someone in the outside world through their mobile phones.” 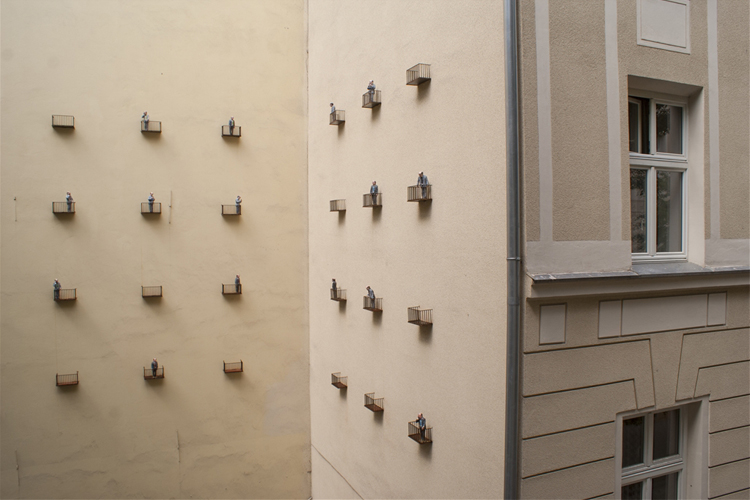 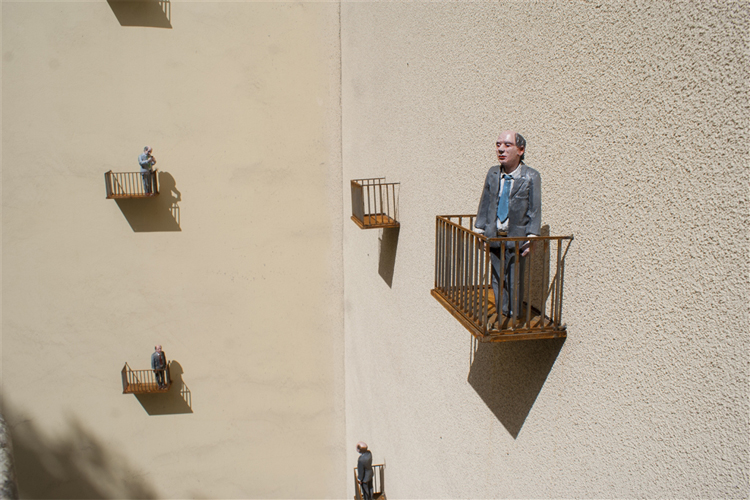 But while his pieces are often inspired by his own observations Cordal says that his art is entirely open to interpretation and the reaction of the audience is a crucial part of his work. “I’m more interested in investigating the behaviour of ordinary human beings because it’s precisely where our perfection is.” He says, “I am interested in art as a dialogue not as a monologue.”

As part of this dialogue a piece called Follow the Leaders was displayed in Berlin in 2011 and went viral when Twitter users renamed it, “Politicians Discussing Global Warming.” 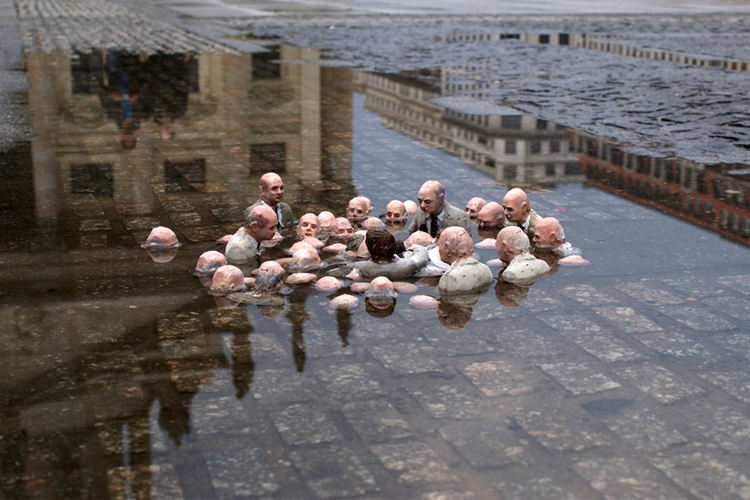 Follow the Leaders is a reflection of our tendency to do nothing as society and relates back to the stereotype of how businessmen have the power to control the global society. 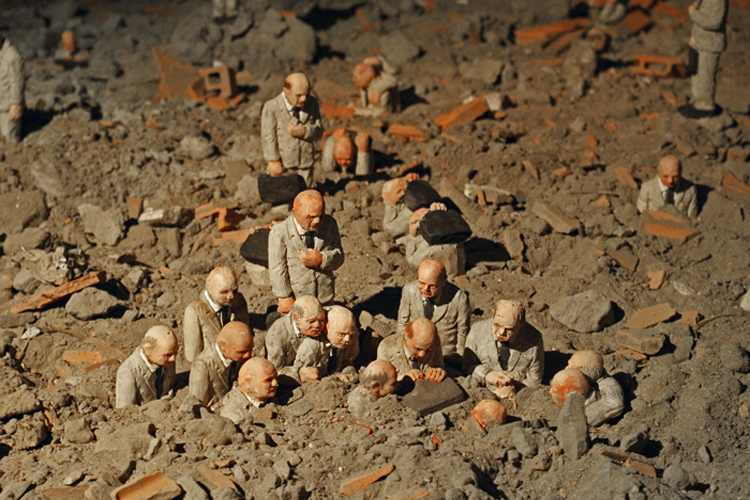 “The viewer is really who completes the artwork. Their gaze is necessary for the work of art exist.”

Permission has been given to use the images found at this link so long as they are credited to the artist: cementeclipses.com

Specific installations referred to in the article can be found here:cementeclipses.com