Trudging through interstellar space at a steady 17 kilometres per second is, quite possibly, Earth’s best chance at extraterrestrial contact. Enter the Voyager 1 spacecraft.

In 1977, NASA launched Voyager 1 and Voyager 2 to study the outer solar system and interstellar space. After photographing the surfaces on Saturn and Jupiter, the probe entered its extended mission phase, powering down most of its equipment to conserve energy. On February 17, 1998, Voyager 1 reached a distance of 69 AU from the Sun, overtaking Pioneer 10 as the most distant spacecraft from Earth.

As part of its extended mission, both probes carry gold-plated vinyl records containing 116 images and a variety of natural sounds – from babies crying to the works of Mozart. As Carl Sagan explains, these sights and sounds are meant to positively portray the social and cultural diversity of humans.

On August 25, 2012 Voyager 1 became the first man-made object to enter interstellar space, the area within galaxies where space plasma is beyond the influence of stars. Though the possibility of contact is admittedly slim, Sagan says that the act of sending out the probe is, in itself, encouraging.

“The spacecraft will be encountered and the record played only if there are advanced space-faring civilizations in interstellar space. But the launching of this ‘bottle’ into the cosmic ‘ocean’ says something very hopeful about life on this planet.”

Here’s a look at some of the 116 images the probes are carrying throughout the cold vacuum of interstellar space. 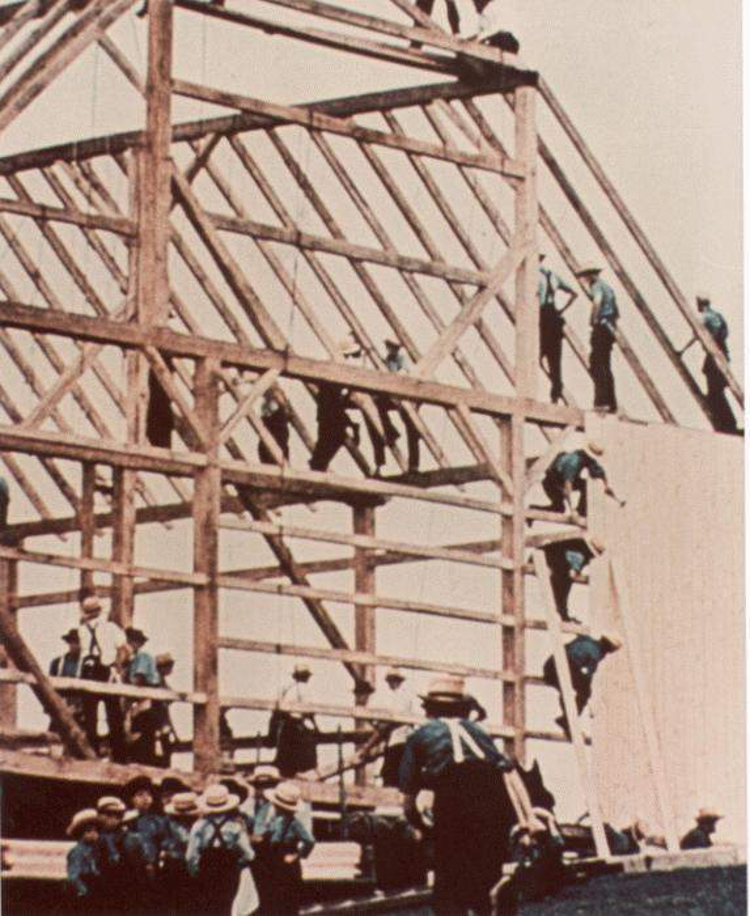 What will happen between now and then? Who knows.