In 2011, Foster Huntington left his job and life as a designer for Ralph Lauren in NYC to move into a VW Synchro camper van, and travel around the States. Huntington has since driven 100,000 miles, camping, surfing and hiking across the western edge of the North American continent, and documenting the entire thing on his blog, A Restless Transplant.

In 2013, Huntington successfully crowd-funded a photo-book project documenting the most interesting vans and campers he’s seen during his travels, including a few corresponding stories when applicable. He awarded supporters with either the photo-book, T-shirts, or bumper-stickers. The Kickstarter campaign raised over $65,000. 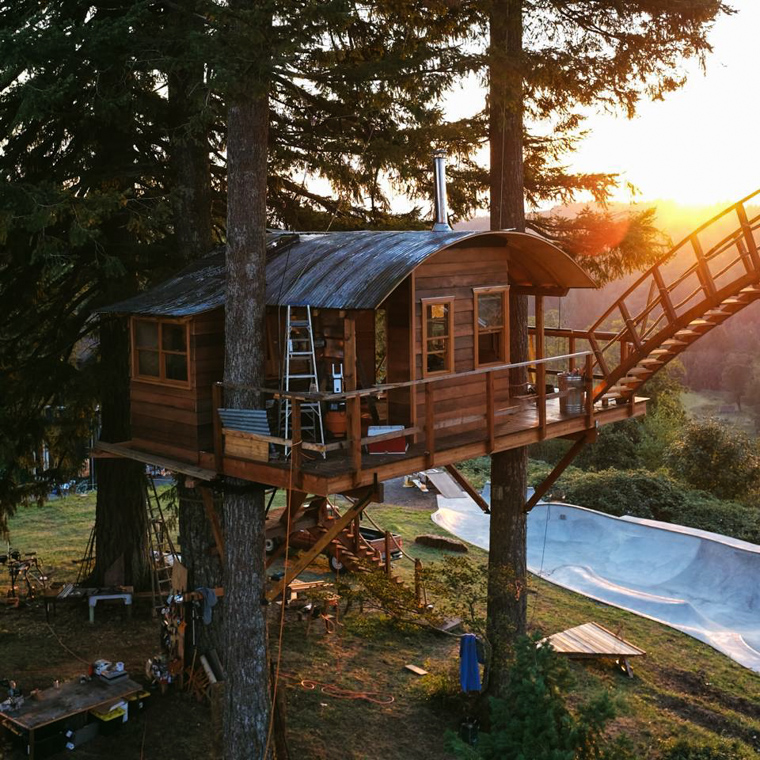 In the summer of 2014—after three years of travel—Huntington established a permanent residence along the Columbia River Gorge, a swell of green mountain range about 20 minutes up-river from Portland, Oregon. Huntington and his friends have truly constructed a masterpiece: they live in a gorgeous double-tree-house, complete with a skatepark and jacuzzi, along one of the most scenic areas of the U.S. Pacific Northwest.

Huntington and his crew have thousands of jealous followers of their blog.

Huntington still abides by a minimalist code, with bunk-beds on the inside of his roughly 200-square-foot treehouse. One of Huntington’s best friends, Tucker Gorman, owns a design/build firm, and assisted him with the building. Huntington’s mom is also an expert carpenter with a timber framer boyfriend, both pitching in to the construction of the property. They also helped construct the giant skateboarding bowl in Huntington’s front yard.

It took Huntington and his friends about a year to turn the property into the fully-functional, hipster haven it is today. He insists that this sort of project can be done by virtually anyone, and that those inspired by the work should not be in the slightest intimidated to follow in his footsteps. 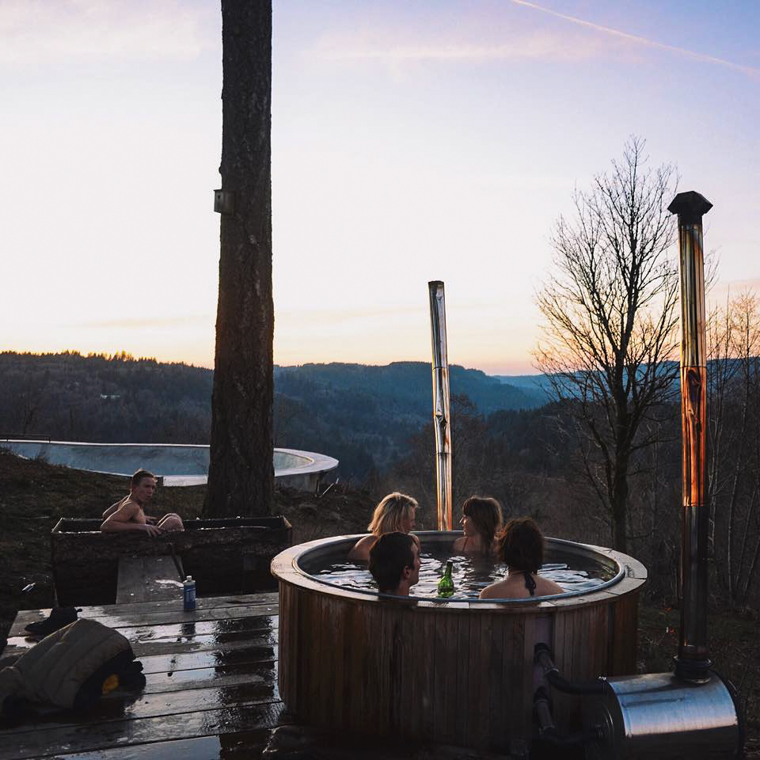 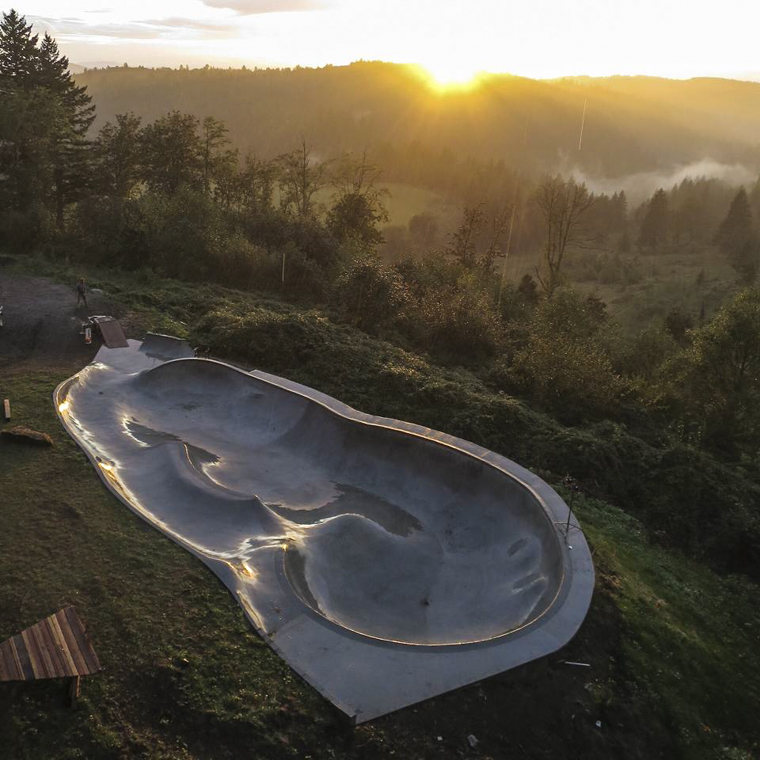 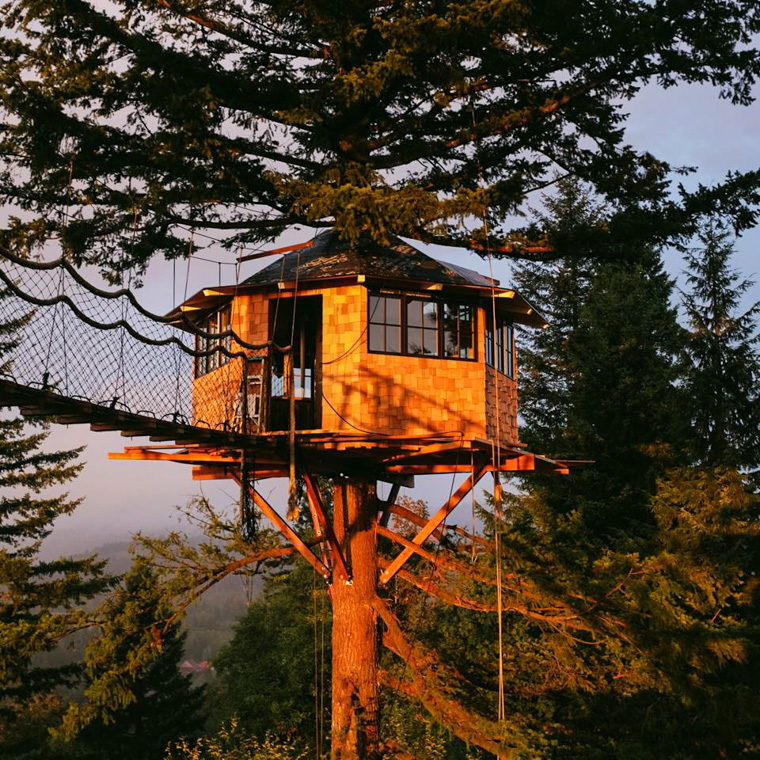 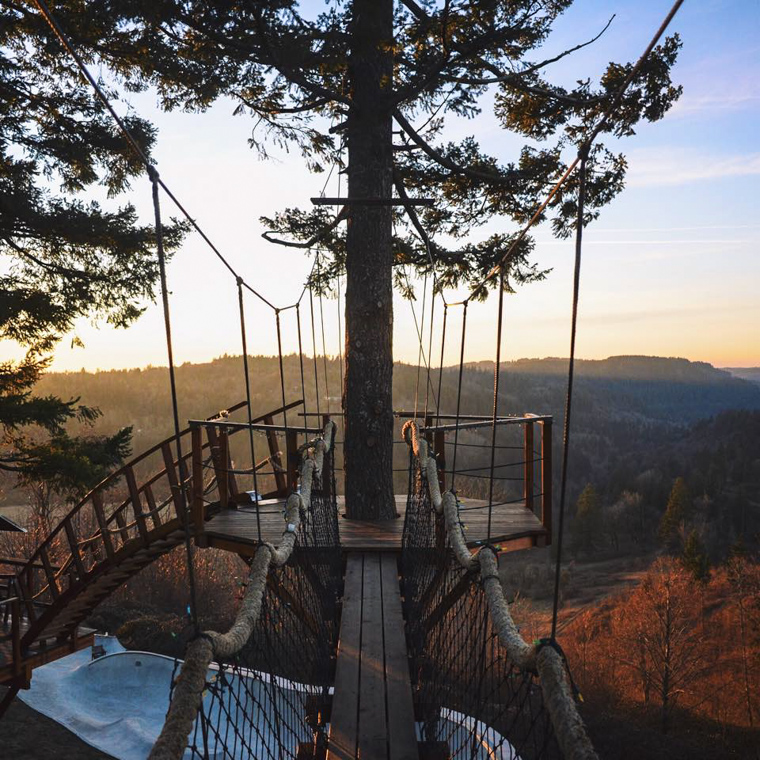 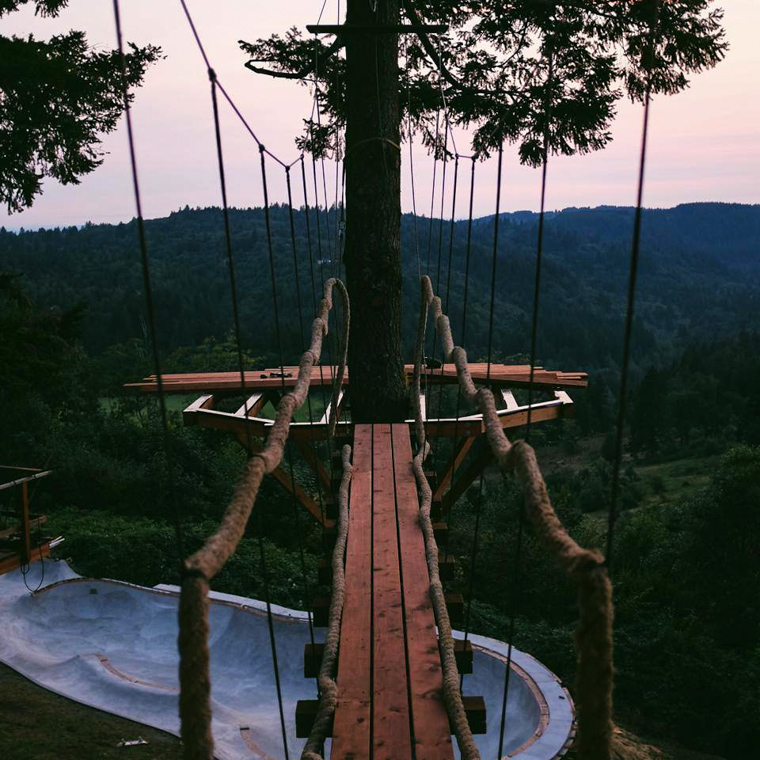