The story of Gay Bob, the controversial 1970s doll that would be just plain offensive today

Home » The story of Gay Bob, the controversial 1970s doll that would be just plain offensive today

1977: what a year, one which many of you will remember clearly. Apple Computer, Inc. was incorporated; palaeontologist Elso Barghoorn annouced he found a 3.4 billion year old one-celled fossil, which was the earliest life form ever discovered; smallpox was finally eradicated; and Gay Bob entered the world. One of these events is not like the others, yet all of them caused an international spark in their own way.

Only a mere 40 years ago, gay marriage was not legal in any American state and homophobic mindsets were widespread and generally accepted; many members of the LGBT community remained private about their sexuality, especially in rural (hick) towns, unbeknownst to them who was a homophobic asshole and who wasn’t. With this in mind, imagine how the public would react to a heavily stereotypical gay doll available for purchase for children to play with.

“It’s another evidence of the desperation the homosexual campaign has reached in its effort to put homosexual lifestyle, which is a deathstyle, across to the American people,” read one statement from the lobby group Protect America’s Children.

Clearly not well, since the ‘evidence’ the group is hatefully spewing about, is the gay doll. Gay Bob, created to look like a mix between Robert Redford and Paul Newman, is blonde and dressed in a flannel shirt and tight jeans. Standing 13 inches tall, Bob is also anatomically correct. In other words, Bob has a full-fledged penis. He was designed to be able to play with himself (without blinding himself!), to dance, wave, bend over, get down on his knees, scratch his head and cross his legs. 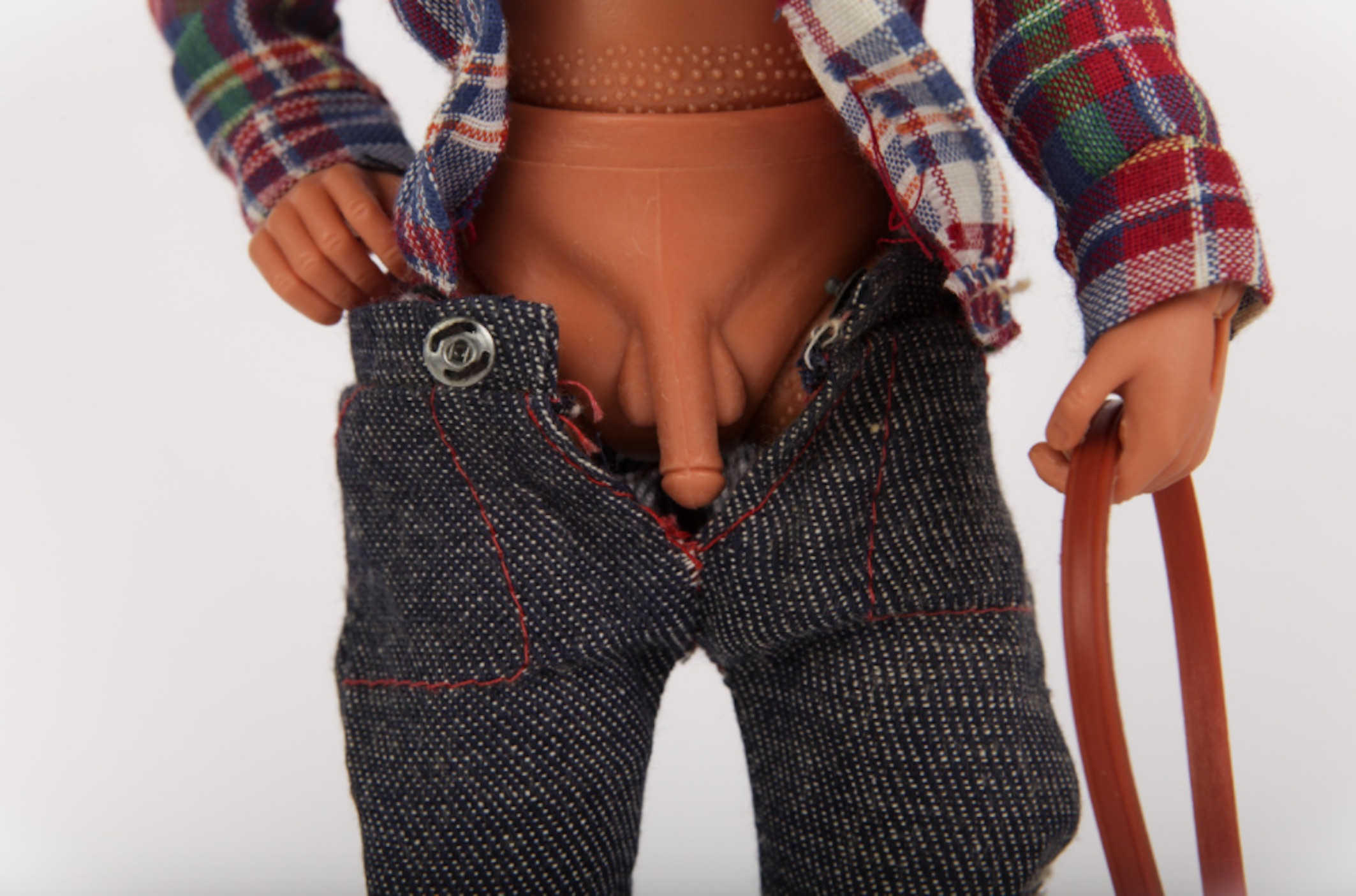 To make the doll even more cringe-worthy, he has one pierced ear, a leather man-purse and he comes in a cardboard closet. Yes, that’s so he can literally come out of the closet, an ode to the expression which means to reveal that you’re gay.

“Hi Boys, Girls, and Grownups…I’m Gay Bob the world’s first gay doll. I bet you are wondering why I come packed in a closet. ‘Coming out of the closet’ is an expression which means that you admit the truth about yourself, and you are no longer ashamed of what you are,” the doll’s manifesto reads. “Gay people use the expression “coming out the closet” to explain they are no longer afraid, or ashamed, of being gay, and no longer hide the fact.”

Harvey Rosenberg, the doll’s creator, a former advertising executive, marketed the doll through his company, Gizmo Development. Bob was primarily sold through mail-order advertisements for $19.50 and despite the negativity that followed his release, 2,000 dolls were sold in the first month. “It doesn’t matter if you’re gay or not, Gay Bob can help you come out of the closet,” said Rosenberg to the Gadsen Times in 1978. “Men have to liberate themselves from traditional sexual roles.”

Gay Bob stirred up national controversy by 1978. The kind of outrage that you could expect today from this type of doll would be somewhere along the lines of “this is incredibly offensive and stereotypical.” However, the outrage then was enraged activists wanting an end to Bob, as they were sure that a homosexual doll would lead to other “disgusting dolls,” mainly ones like “Priscilla the Prostitute” and “Danny the Dope Pusher.” Cue disbelief that this was only 40 years ago.

If Bob was to be released today it would be offensive because it’s obviously filled with harmful stereotypes, but when Rosenburg released the doll his heart was actually in the right place; he was trying to break through the shitty homophobic attitudes and make homosexuality normalized.

“…Gay people are no different than straight people…if everyone came ‘out of their closets’ there wouldn’t be so many angry, frustrated, frightened people,” read Bob’s manifesto. “People who are not ashamed of what they are, are more loveable, kind and understanding…It’s not easy to be honest about what you are- in fact it takes a great deal of courage…but remember if Gay Bob has the courage to come out of his closet, so can you.”

Rosenberg remained unfazed through all of the criticizing bullshit saying, “we had something to learn from the gay movement, just like we did from the black civil rights movement and the women’s movement, and this is having the courage to stand up and say “I have a right to be what I am.”