The newest issue of the magazine took the blood of three HIV-positive volunteers that range from three different demographics: as a 32-year-old straight male, a 26-year-old homosexual male, and a 47-year-old mother. Although the magazine caters to a primarily homosexual audience, CEO and Publisher Julian Wiehl wanted to show that it affects everyone.

The ink is infused with HIV-positive blood at a ratio of one part blood to 28 parts ink. Wiehl plans to sell 3,000 copies and is releasing the issue to coincide with the Life Ball, one of the world’s largest anti-AIDS charity events, scheduled for May in Vienna, which is where the headquarters of the Vangardist is located.

“There are 80 per cent more confirmed cases of HIV being recorded in 2013 than 10 years previously, and an estimated 50 per cent of HIV cases are being detected late due to lack of testing caused by social stigma associated with the virus. This felt like a very relevant issue for us to focus on not just editorially but also from a broader communications stand point,” Wiehl said in Saatchi. 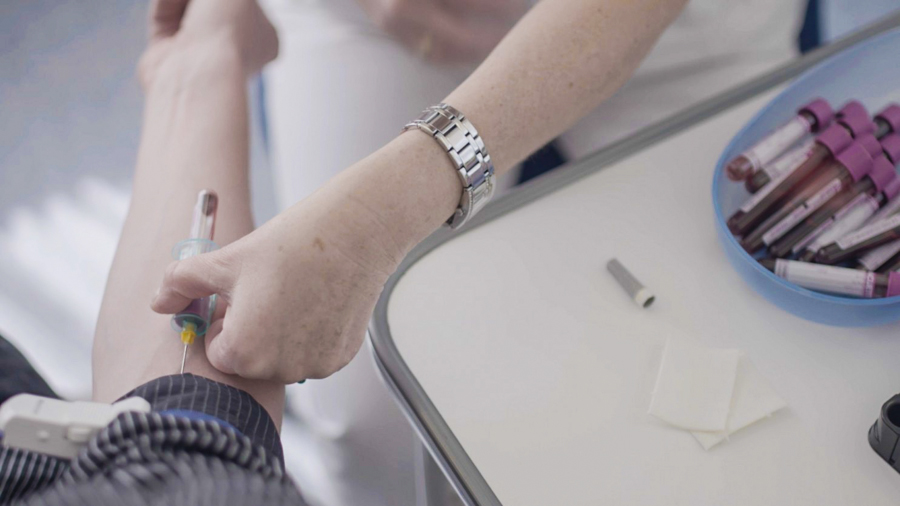 The goal is to make readers challenge their preconceived notions of AIDS and create discussion, since talk of HIV and AIDS has died down but the issue remains prevalent. WHO estimates that there are about 35 million people living with HIV or AIDS around the world. The United States has 1,201,100 persons aged 13 years and older who are living with the HIV infection, including about one in seven people unaware they have the infection. After 34 years from the beginning of the epidemic, the virus is still not under control.

The magazine itself is completely harmless, since after half an hour away from the body the virus will no longer become contractible. The magazine also pasteurizes the blood, according to ABC News.

According to the US Library of Medicine, One of the biggest issues involving HIV and AIDS is the stigma associated with the virus. Once someone gets the virus, people tend to isolate them, but Wiehl wants the reader to realize that they should be treated like any other person. By making the magazine a tangible HIV-positive issue to fight the stigma, Wiehl has gotten people talking again and hopefully sparks change.