The maze of the Odessa Catacombs are a real-life labyrinth

Beneath thousands of homes, a dark maze of catacombs runs in the underground of Odessa, Ukraine. Spanning over 2,500 kilometres, the Odessa Catacombs are the largest in the world and surpass the more famous London, Paris, and Sicily catacombs. Closed off to the public in 1980, the hidden tunnels would prove to be dangerous, and yet a hotspot for exploration.

The earliest Odessa Catacombs date back to before the 1600s, but the area only really grew into a limestone labyrinth in the 1800s. The catacombs became a popular hideout for people during World War II, where Ukrainian rebels and Partisans would hide in the depths below the city. While malnutrition and malaria was rampant underground, many groups lived for the entirety of the war, playing chess and listening to Soviet Radio while the Nazis took over above them. 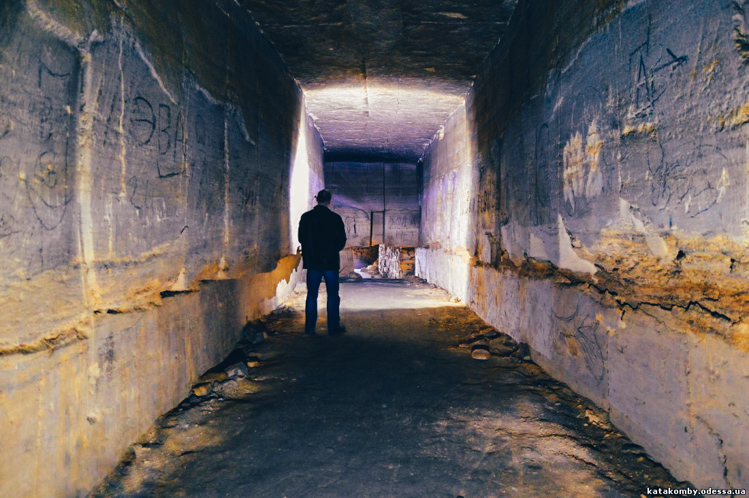 After the war, smugglers and criminal groups continued to popularize the catacombs, using the many exit-entrances to perform their operations. The Odessa Catacombs underwent further construction through the vagrants’ illegal widening and creation of even more tunnel systems.

In 1961, a “Search” (“Poisk”) club formed in an effort to explore and document the catacombs. Because of their vastness, the Odessa Catacombs have never been fully mapped — and the unofficial, roughly drawn maps that do exist are even more confusing than the family tree of inbred king Charles II of Spain. The map segments, with each only covering a partial section of the Odessa Catacombs, show that it’s no surprise people have been lost, and even killed, in the staggering confusion the area offers.

In 2005, a group of urban explorers discovered the body of a dead woman named Masha who had disappeared in the tunnels. The young woman had drunkenly entered to celebrate the New Year with her friends and never saw light again. Because of logistic issues, her body could only be removed two years later. An examination by those who found her body revealed that Masha was far away from an entrance and succumbed to dehydration and days of walking aimlessly and alone in the dark.

An Odessa woman has also been murdered in the catacombs, and another man was found in 2011. According to the urban explorer who discovered Masha, “every year, a lot of explorers [get] lost and even die there.” Although most entrances (it is impossible to secure, or even find, all of them) are closed off, the tunnels continue to attract extreme tourists despite the dangers. Only one portion of the catacombs is open to the public via the “Museum of Partisan Glory,” an underground museum.

Remnants of the Soviets who had occupied the underground still remain, with the possibility of finding weapons, equipment and even human bones and skulls amongst flying bats, Cyrillic graffiti and protruding stalagmites. The catacombs are continuing to expand today through contemporary mining. As for the locals, when a water line breaks, or a house’s foundation is off, or a family dog goes missing, it is not unusual to hear a Ukrainian curse “those damn catacombs.”