What is usually known to be the driest desert on the planet, found on the coast of Chile, South America, Atacama Desert has been blossoming. Generally, blooms such as this usually occur every five to ten years, but this year’s showing has been one of the most astonishing. The usual bare landscape has been recently covered in vibrant flowers that stretche over the landscape, covering every hillside. 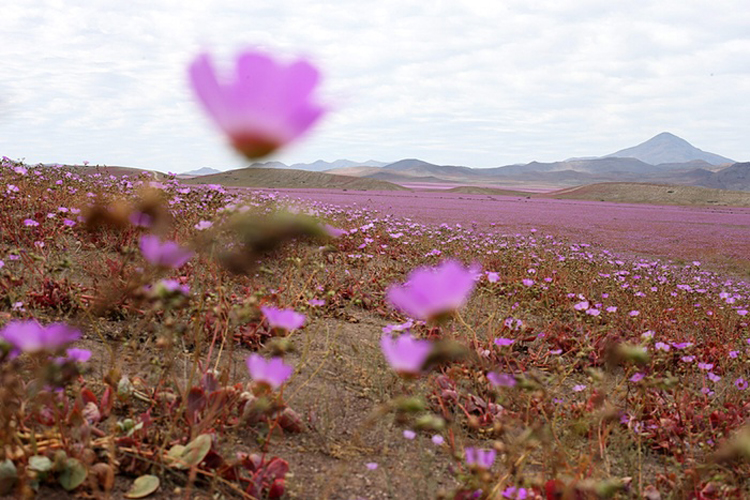 A car driving through a field of mallow. 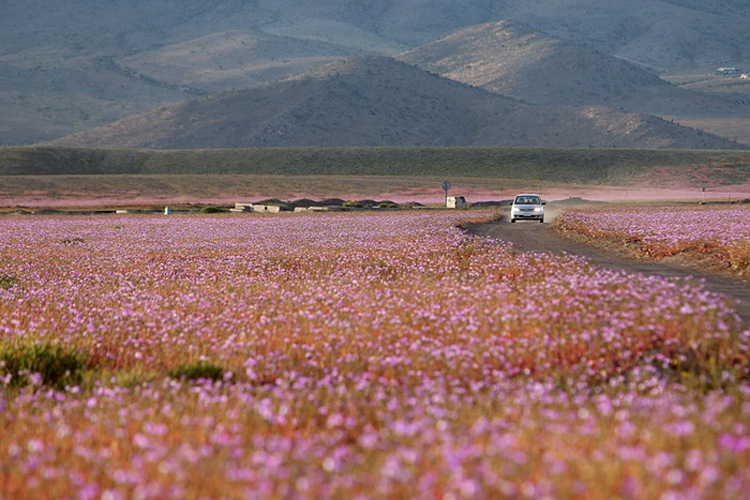 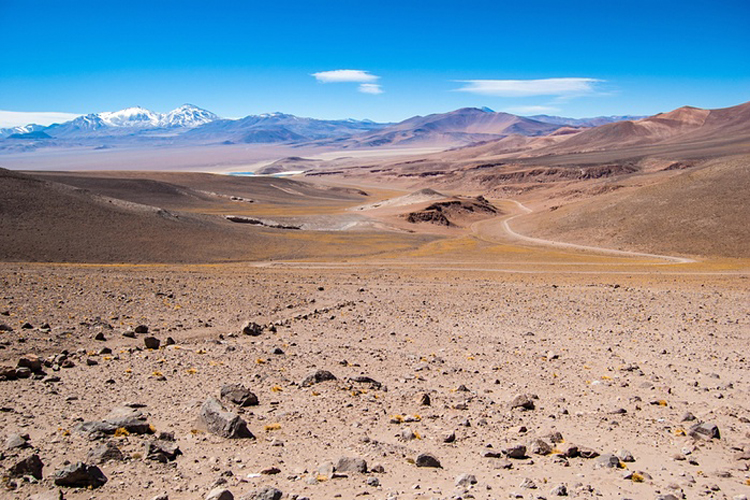 Most of the time, the desert is a grim scene of steep, rocky hillsides, salt lakes and old lava flow.

This incredible vast landscape, on average, sees less than 0.6 inches (15 millimetres) of rain per year. The abnormality of hibernating seeds awakening and blooming in the spring after heavy rainfall is known as desierto florido. 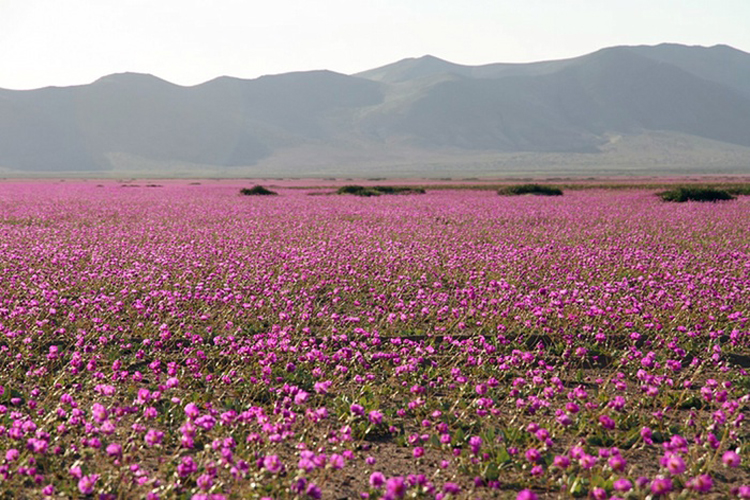 But heavy rain falls as a result of hurricane El Nino earlier this year caused normally dormant seeds that usually sprout during the spring to flourish a few seasons earlier than expected. 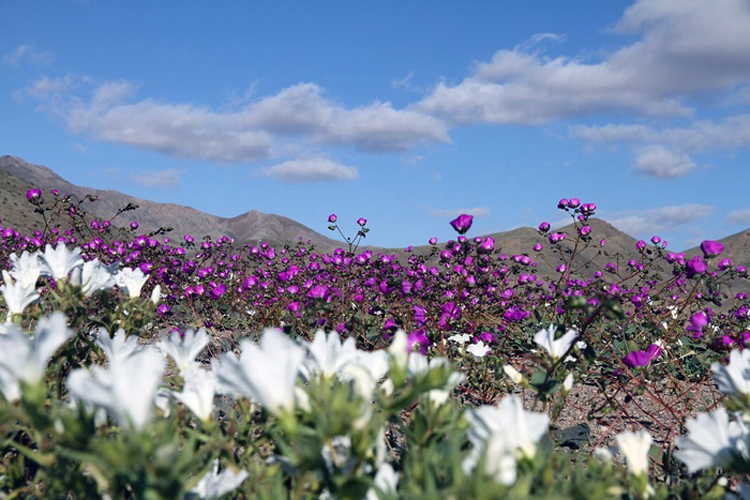 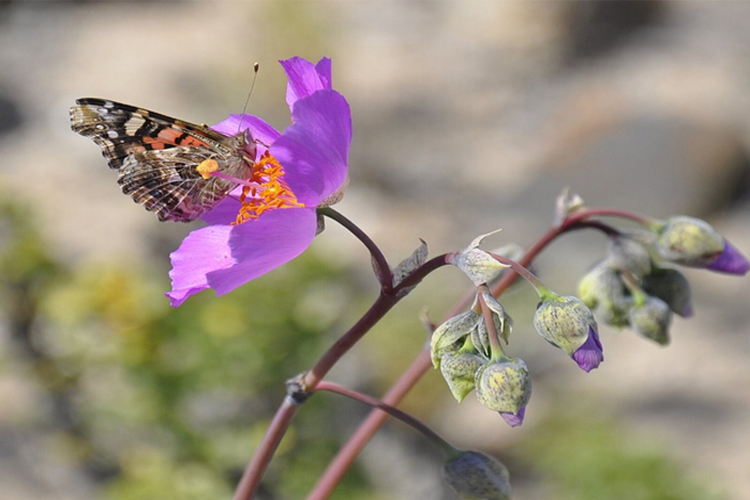 A lot of the times, this area can go a year or even 400 days, without seeing a drop of rain.

“It occurred in a very particular way because we have not had such a large flowering in the past 18 years. In 2010, we had a long flowering but already this year, 2015, has surpassed all the previous ones,” said Rodrigo Ruiz, acting regional director of Chile’s National Tourism Service, Sernatur. 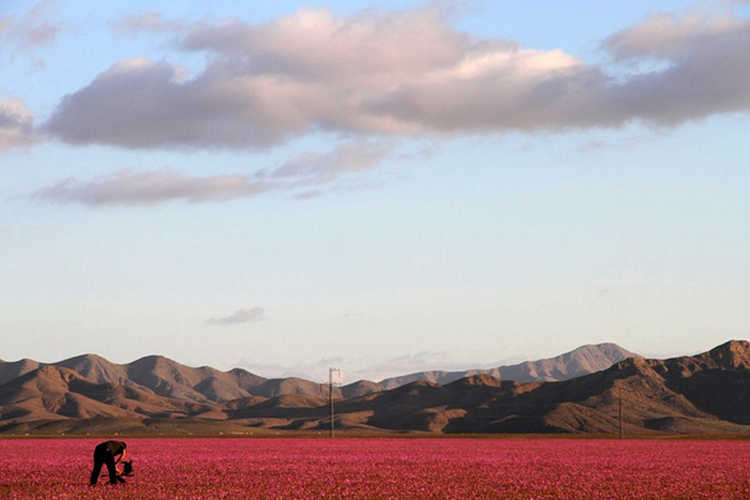 Those hoping to see this rare bloom in person have just a few more weeks before the barren face of the desert returns. 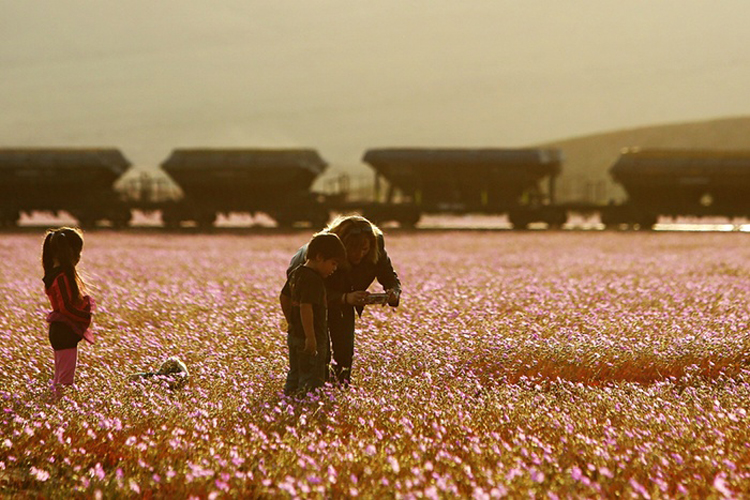 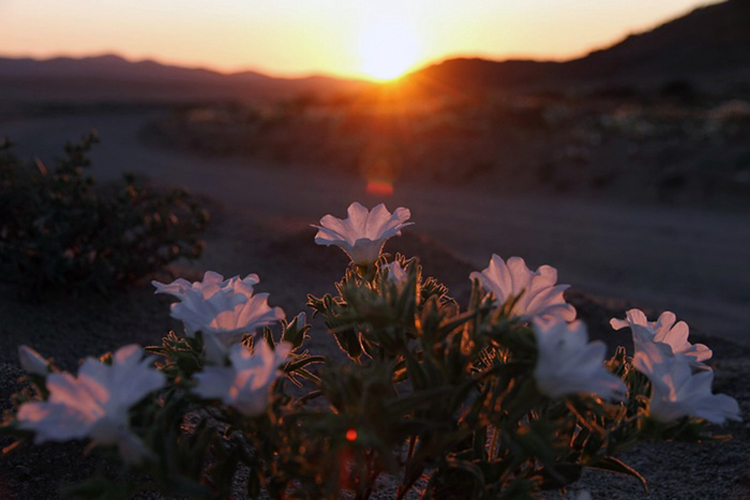