“Whoa, Banksy just got arrested!” my co-worker, Eugene, yells out, astonished. Two minutes later, the story popped up on my Facebook feed.

We couldn’t believe it. The elusive street artist wasn’t so elusive anymore. But we didn’t need to believe it.

It was a hoax. That didn’t stop the thousands of shares, though.

With a little research (a 15 second Google search) it becomes pretty clear that Bansky himself likely released the misinformation. On the same day, he posted a new piece, “Girl with a Pierced Eardrum” in his hometown of Bristol, England. We were all had. Again.

With the advent of the Internet, the way we produce and consume journalism has dramatically shifted. When news about Ebola breaks, it goes—for a lack of a better word—viral. When a new iPhone is launched, the fact that it may or may not bend is omnipresent. For instance, Apple says that there was only nine complaints of the larger iPhone 6 Plus bending. Nine. But that story, the so-called Bendgate, dominated social feeds for a good week.

With the unparalleled speed and quantity of news bombarding life with the growing influence of technology in our lives, a couple key elements have shifted.

For one, the publicity platform provided by social media sites like Facebook and Twitter spread information faster than ever before, not limited by circulation. The democracy of the platform has allowed for a larger discussion, but with it also the rise of bloggers and micro bloggers who put their own spin on current events and continuously stretch the subjectivity of truth.

But arguably the most important shift in journalism is that fact checkers are now an extinct species.

When newspapers and print media started to get hit hard by the shifting medium a little over six years ago with plummeting ad sales (among other things), fact checkers were the first to feel the axe. The situation wasn’t ideal in the eyes of investors, but fact checkers are not the ones writing the copy, selling the ad space, shooting the photos, or laying out the final copy. They were more expendable, for lack of a better word.

Or so they thought.

But as time would reveal, fact checkers were the filter sifting information from disinformation ensuring news was reliable and thus reportable.

Roughly a month ago, some of the most reputable news organizations, like the Washington Post and the Toronto Star, were duped.

You’ll recall when users on 4Chan were threatening to release nude photos of Emma Watson following her speech at the United Nations. There was even a website www.emmayouarenext.com that had a countdown clock until they would release the photos.

Then news sources started to report on this other site run by the so-called company Rantic Marketing. Their message was #shutdown4chan. “We have been hired by celebrity publicists to bring this disgusting issue to attention,” the website wrote in an open letter directed towards Barack Obama (as if he’s the Internet police).

But here’s the thing: It was a hoax within a hoax. And it spread widely. 4chan users were behind both the websites. There were no photos. There is no Rantic Marketing or Fox Weekly website that all these journalists were quoting.

The Toronto Star reported on the story on the front-page of their website. They still haven’t made the correction.

This happens all the time, unsurprisingly.

As news is distributed at unprecedented rates, more than ever we need fact checkers to avoid swallowing toxic information. Information controls your thought. Your thoughts control your actions. 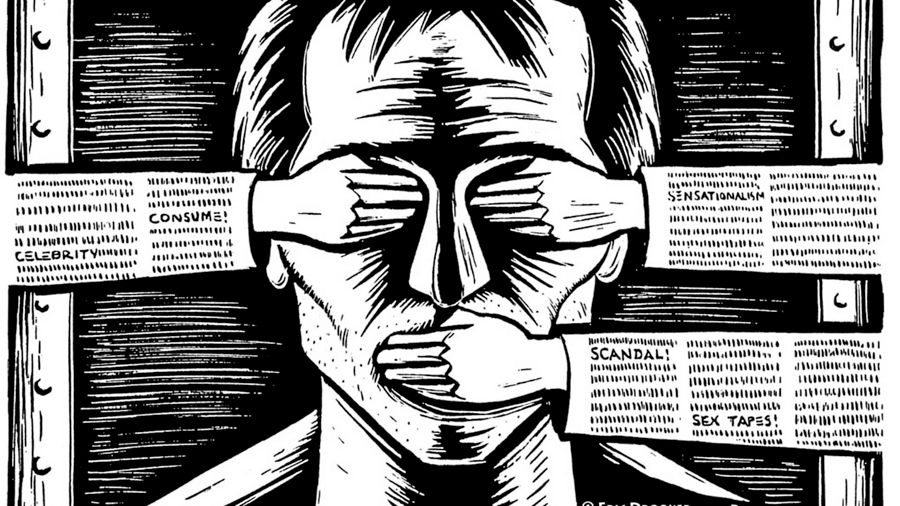 **Correction: My coworker’s name is not Eugene.