Everybody is self-taught. Whether you’re a guitarist who’s never taken a lesson or an engineering undergrad at the University of Wherever; regardless of its level of formality, all education hinges on the student’s ability to internalize concepts on their own time.

One of the greatest things about the Internet is how it’s made autodidactism (self-education) easier and more accessible than ever. There’s been an influx of well-designed educational websites in recent years that cater to the more interactive needs of modern students. Even better, they’re all free. As such, here are some of the best places on the Internet for you to get your learn on.

Duolingo is a language-learning service designed by Luis von Ahn of the Carnegie Mellon University, under the belief that everyone should be able to learn a language for free. The site currently offers nine complete language courses, with seven more coming in the next couple years, ranging from French to, erm, Klingon. The courses are divided up into bite-sized chunks, lightly personalized based on parts of the language the user is having trouble with, and gamified with experience points, fake currency, and streak bonuses.

The lessons are very similar to what you’d find in the significantly more expensive Rosetta Stone programs, cycling between listening, writing, and speaking exercises. While it has its faults—sometimes the explanations of grammatical concepts are dense and hard-to-follow—it’s a pretty effective approach. Speaking from experience, after six months of daily practice on Duolingo, I can now string together a series of German words into something approximating a full sentence. 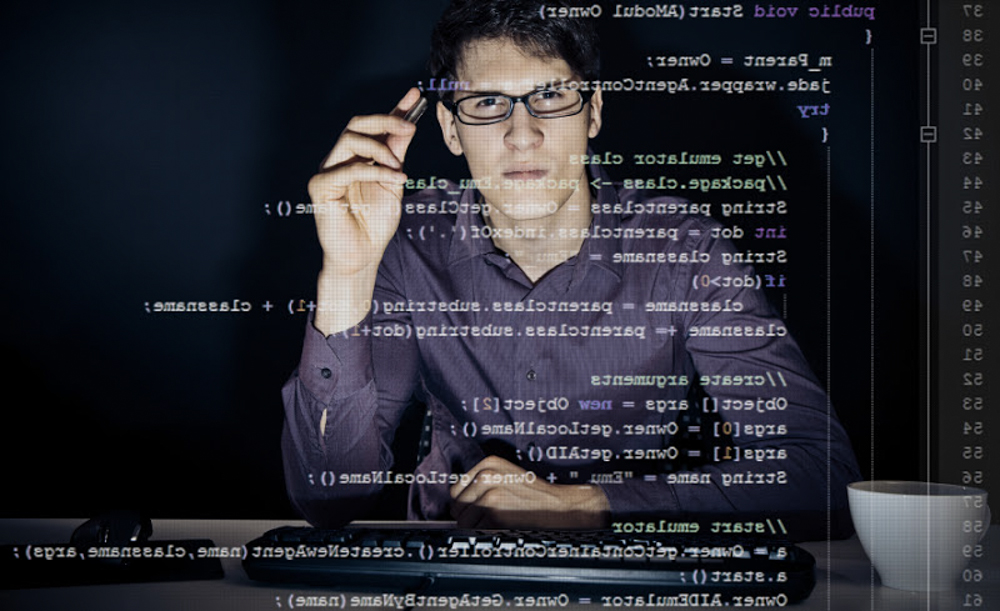 Speaking of languages, computer code is one that’s particularly arcane. Coding, when it works, is basically magic—a highly-specific set of words that, when invoked, creates something out of nothing. A more forward-thinking world would look at the increased dependency we have on computers and make coding a mandatory subject in schools. Until then, we’ve got Code Academy, which offers hands-on courses in standard coding languages like HTML, JavaScript, and Python. They’ve also recently added lessons on specific APIs like Soundcloud, YouTube, and Twitter. 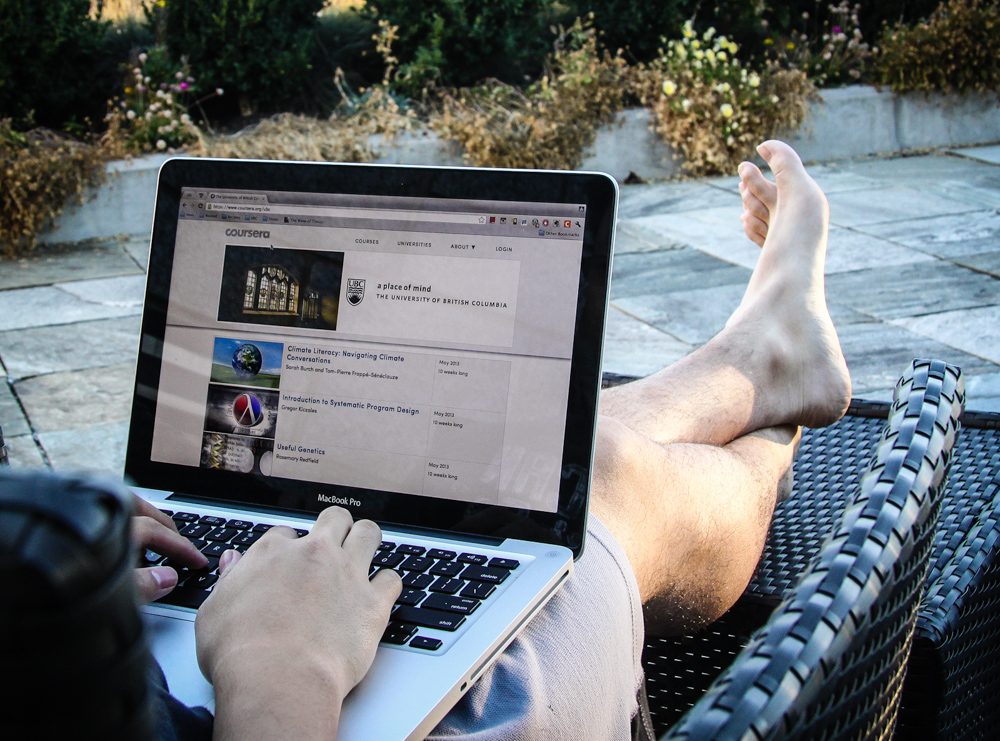 This site offers university-level courses on various topics, using a mix of video lectures, quizzes, and peer-reviewed assignments. There are over 1,000 different courses on the site offered by various reputable institutions, so whether you want to learn about chemistry, music production, or computer programming, you’ll probably be covered. You can also turn a string of related courses into something resembling a full semester by “specializing” in a more general topic, like Entrepreneurship or Data Science. 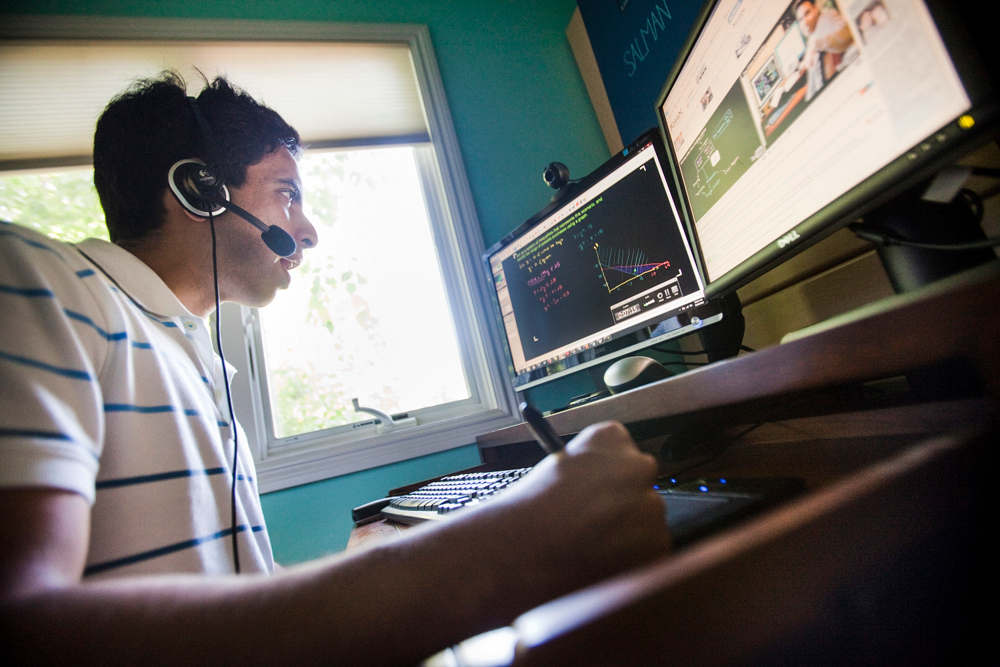 Another website with a more general attitude, Khan Academy offers fundamental courses in the categories of Math, Science, Economics, Arts & Humanities, and Computing. Lessons are a combination of bite-sized YouTube lectures and practical exercises. Khan Academy’s big advantages are its devotion to explaining concepts in layperson’s terms and its huge diversity of difficulty level, from childhood math to undergraduate-level organic chemistry. The organization has also partnered with various museums and organizations, such as the Museum of Modern Art and NASA, to provide more specialized, in-depth courses. It even has practice tests for standardized exams like the SAT, MCAT, and GMAT. 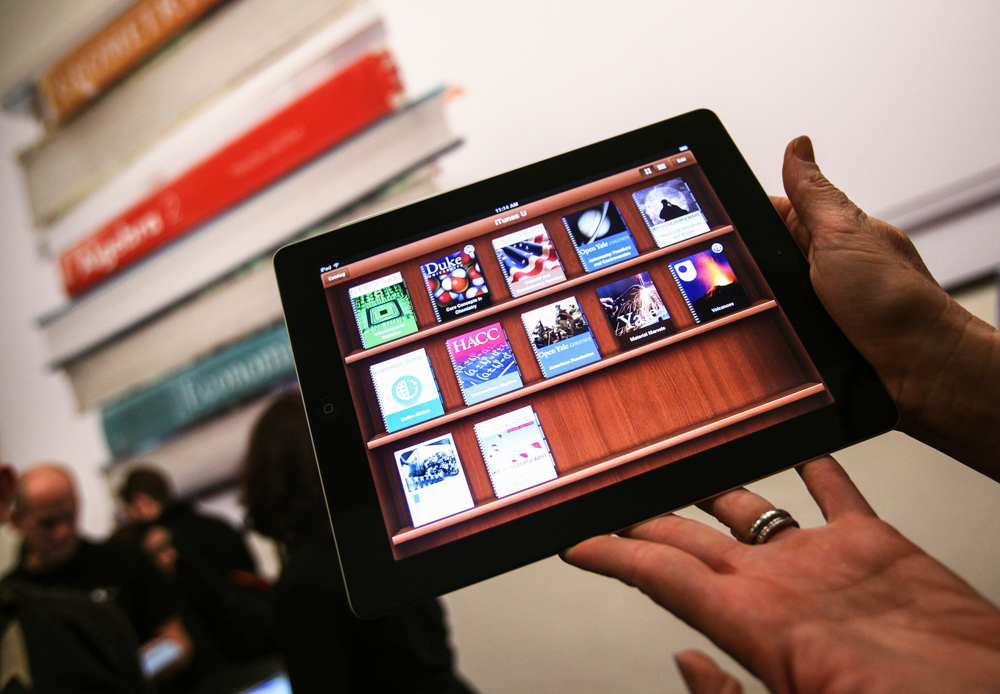 As you’d expect, iTunes U comes with the qualifier that you need an Apple product to access it, which is unfortunate, because it’s pretty incredible. The app allows you to download courses from such luminary institutions as Yale, Stanford, UC Berkeley, and MIT. Course content consists of audio recordings of past lectures, as well as any materials you might need to test your knowledge. iTunes U is comparable to Coursera, but is significantly less time-sensitive; you don’t need to sign up for a course with a specific timeframe, nor will you be interacting with your peers. It’s completely self-guided, and there’s nobody to evaluate your progress other than yourself. This will be an advantage to some, a deterrent for others, but it’s an extremely powerful tool regardless.