Terrifying photographs of people who are allergic to their environment

Home » Terrifying photographs of people who are allergic to their environment

Amid the hectic, smog filled environment of New York City, photographer Thilde Jensen’s health began to deteriorate. Week by week, the once lively and optimistic socialite began to feel her body and life outlook become as frail as an autumn leaf. One day while on her way to work, stuck in the traffic jam grind of the nine-to-five, she noticed a car ahead of her spitting out exhaust. At that moment she could feel her tonsils swell and a clammy fever set in. It was then that she realized that it was the combined pollution of 8.4 million New Yorkers that was making her constantly feel sick.

In the next few weeks, Jensen was diagnosed with Multiple Chemical Sensitivity (MCS), a condition affecting the immune and nervous system, where patients suffer constant flu-like symptoms when exposed to low-levels of toxins. Walking down Fifth Avenue, wafts of cigarette smoke, dust from street sweepers, and waves of cellphone radiation would push her into a constant state of disorientation. In the time span of a year, she became part of an invisible circle of patients whose lives are completely crippled by the contaminants existent in daily city life.

Jensen was diagnosed with Multiple Chemical Sensitivity, a condition affecting the immune and nervous system, where patients suffer constant flu-like symptoms when exposed to low-levels of toxins 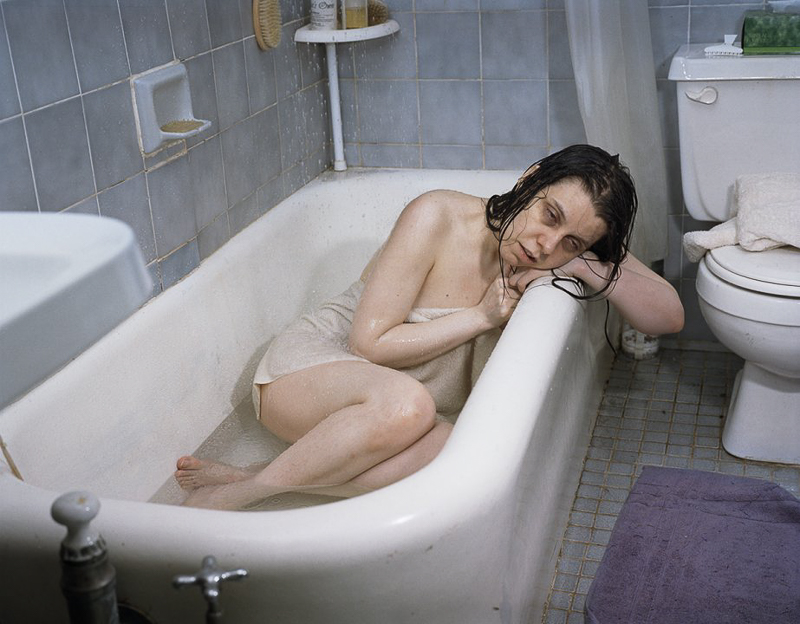 “There seemed to be new triggers every day,” she says to Business Insider. “Soon, the ink from a newspaper would make my head go spinning, perfume and cleaning products felt like breathing paint stripper and gave me strange tingling sensations.” 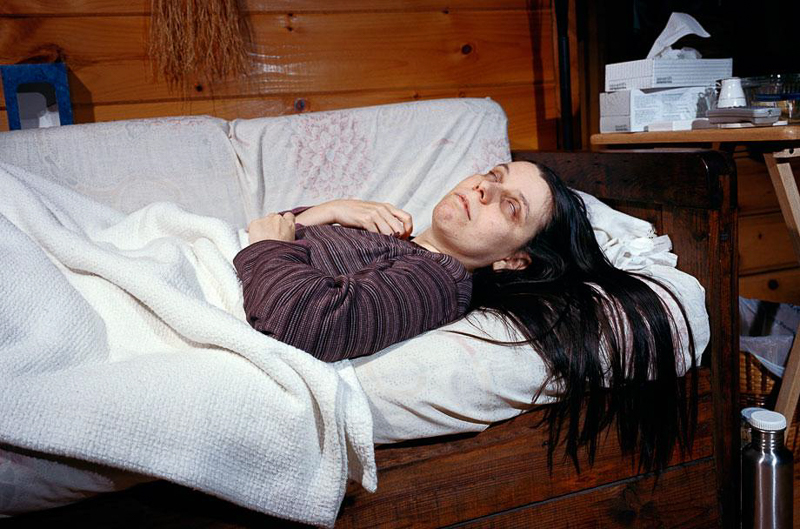 Her acquired sensitivity to toxins and electrical devices forced her to desert her job and move out of the city to upstate New York, where she lived in an open tent shaded by the natural surroundings of a dense forest. This change in lifestyle is often hard for many to adjust to, and eventually caused her long-time marriage to end. 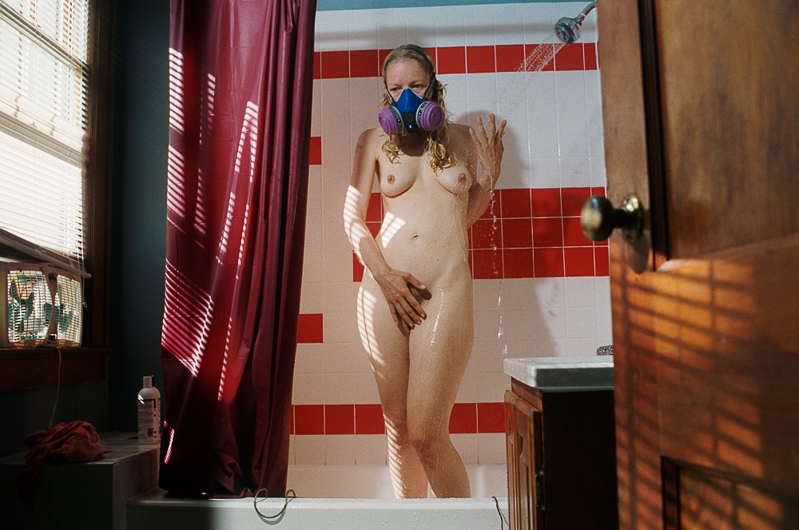 In the preceding months of exile Jenson picked up a camera to help keep her sanity while navigating the changing waters of her life. She began to photograph the largely overlooked subculture of people allergic to man-made environments. 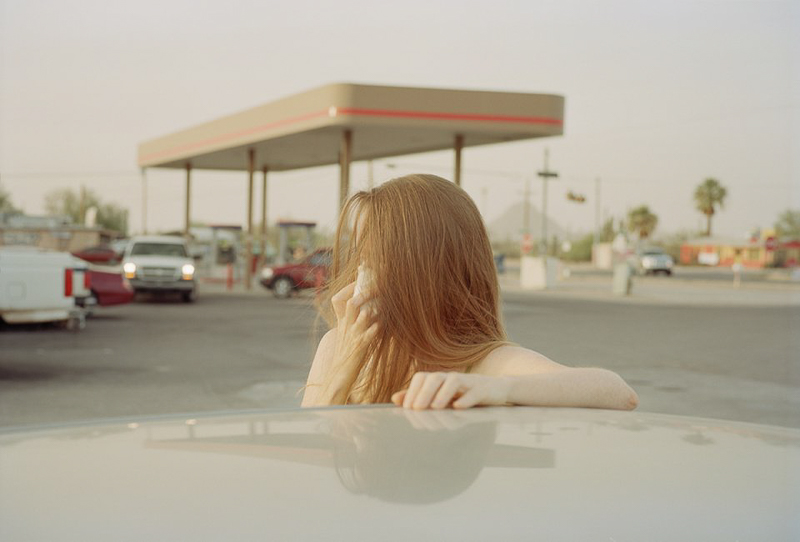 Suffering from the same condition, often patients felt comfortable enough to let Jenson into their sterile home, whose walls are often covered with aluminum foil to prevent the breathing of any potential synthetic material that may trigger their next health spasm. 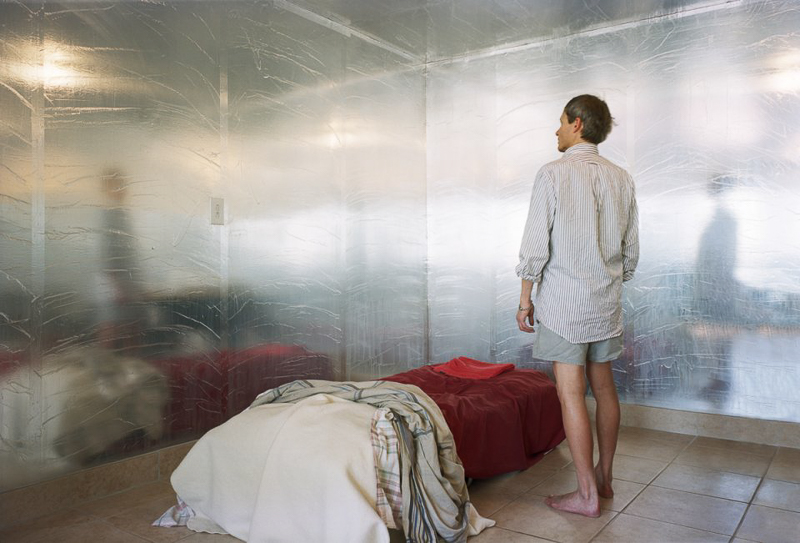 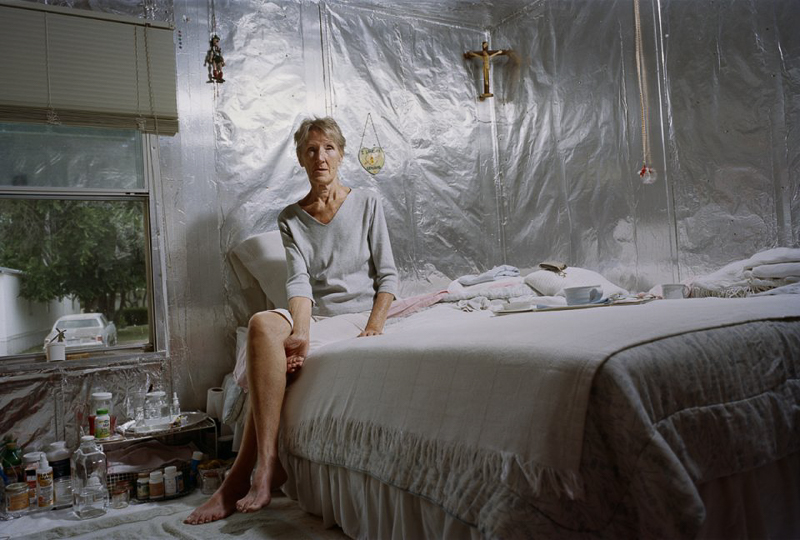 MCS is a misunderstood condition, still unrecognized by the American Medical Association, so tragically patients are often not taken very seriously. Though, for these patients, the physical implications of the condition are very real. Would abandoning everything you’ve known and loved really be a viable choice if you didn’t have to make it? 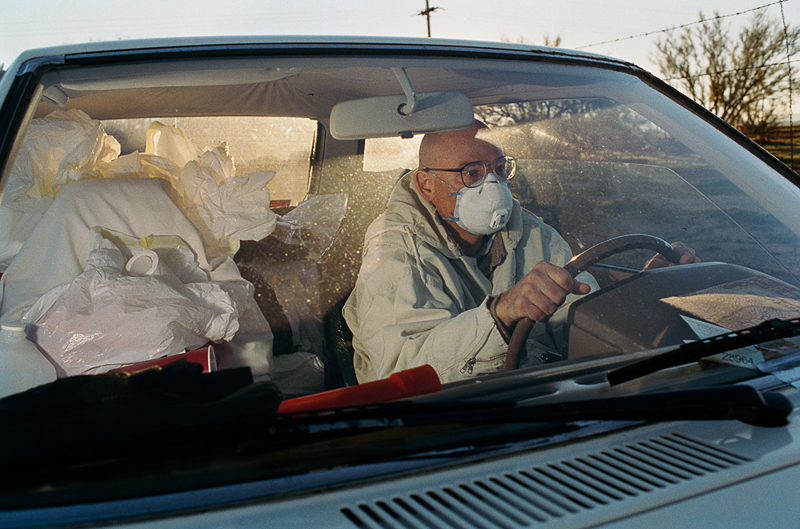 MCS sufferers often look like frail bodies burdened by an unseen threat. Like many patients, when Jenson returned to artificial environments, she would drag around a heavy respirator to protect her sensitive lungs from possible irritation. 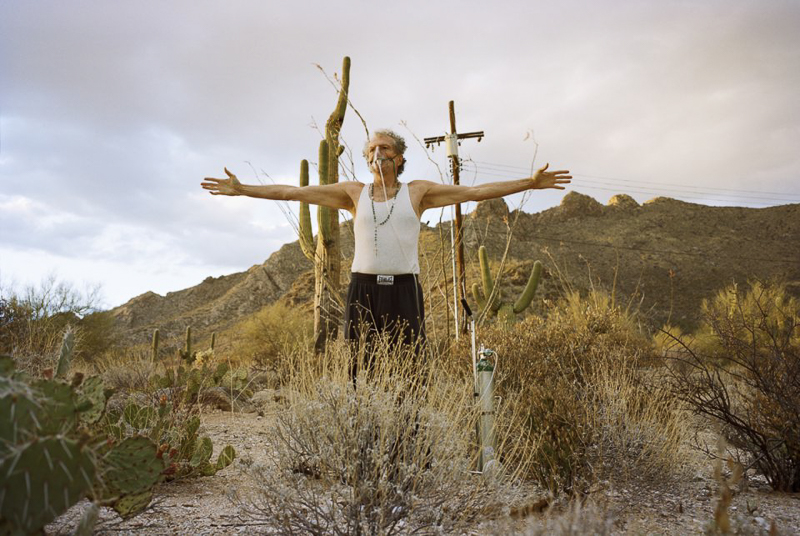 After several years of suffering, Jenson overcame the illness after enrolling in an experimental treatment by Annie Hopper, who specializes in MCS and uses Neural Retraining to treat the physiological and neurological damage imposed on the limbic system. This allowed Jenson to travel across the country and fully pursue her project. 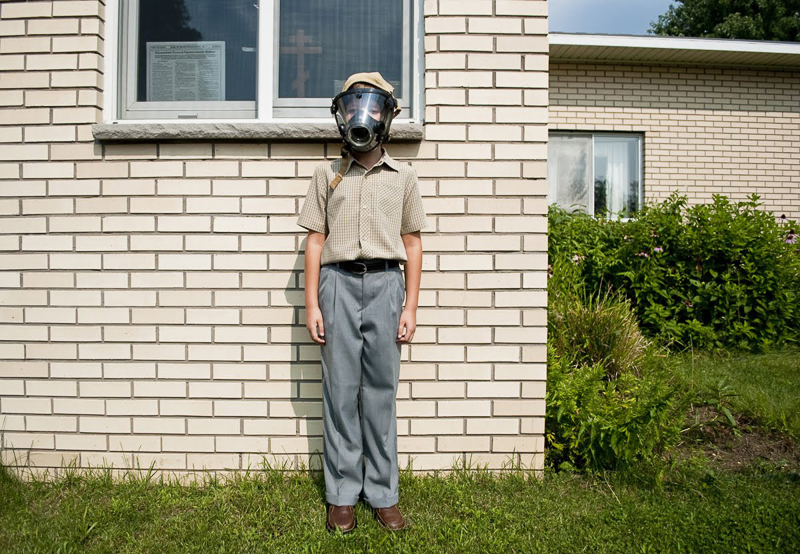 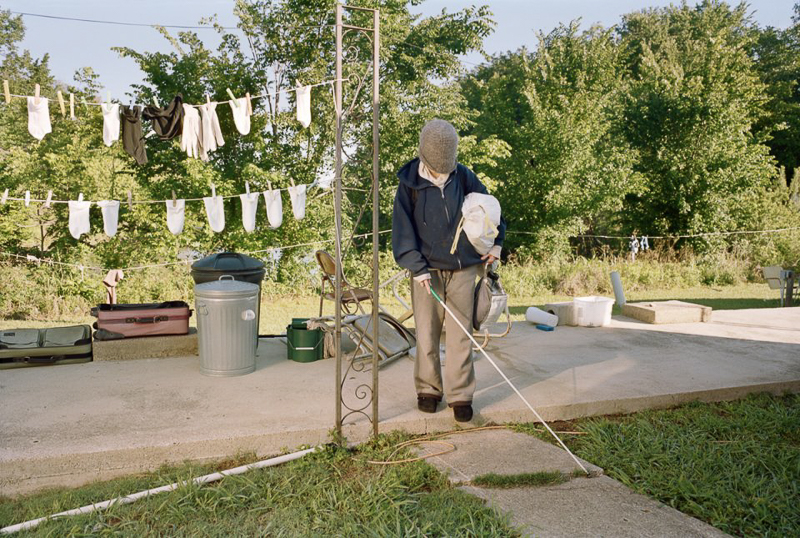 She travelled across the country twice to visit an entire community of MCS patients in the desert of Tucson, Arizona who found refuge from the electrical and chemical world. 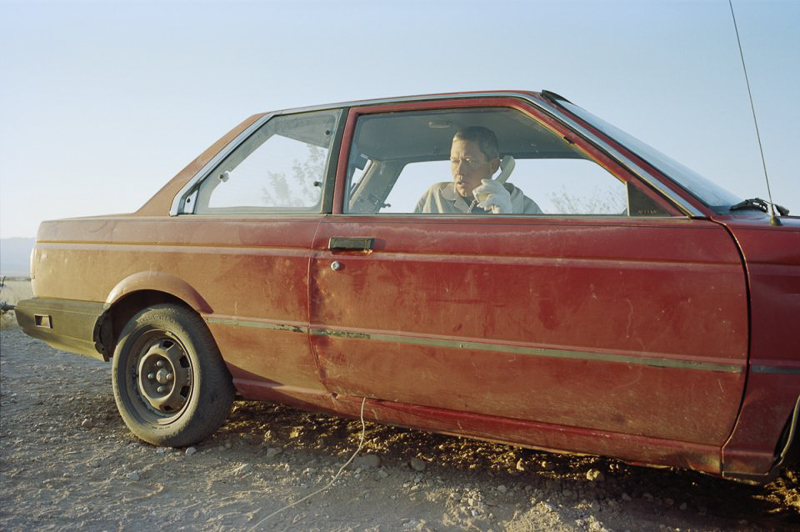 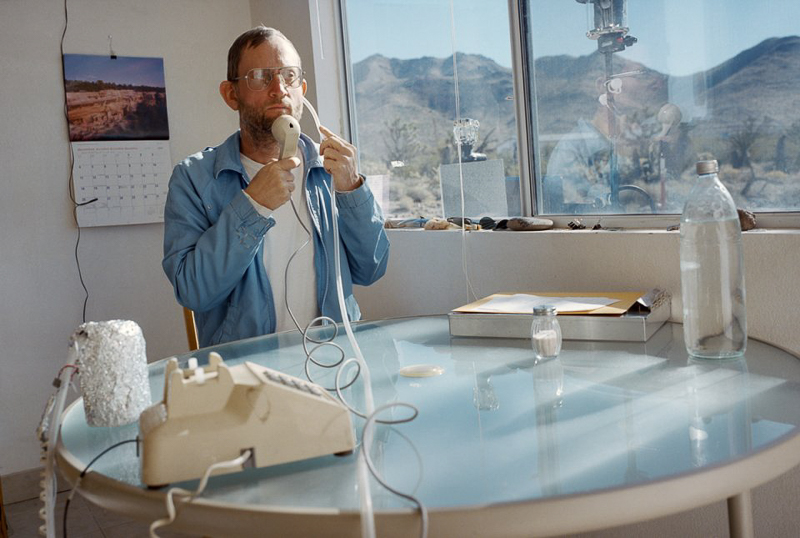 The project is titled “The Canaries”, which alludes to the use of canaries in coal mines to measure the toxicity of air quality. Because canaries are much more sensitive to environmental toxins than humans, if they died it would warn miners to quickly leave the mines. 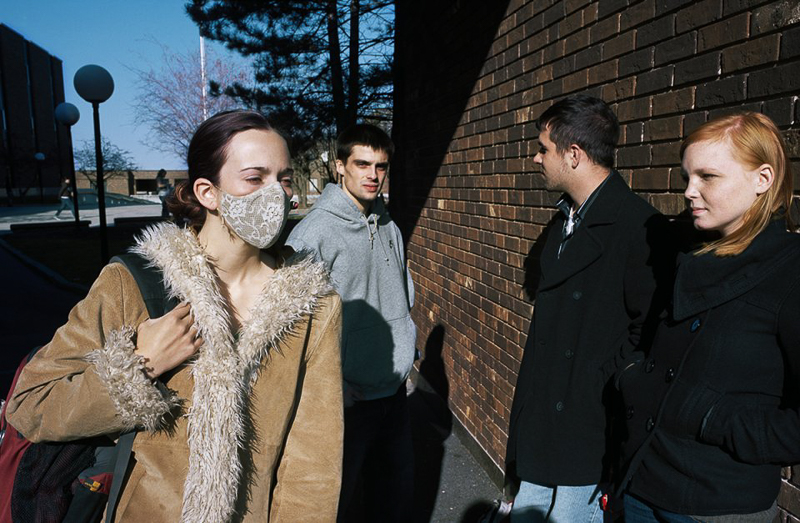 Jenson believes that like canaries, MCS patients are providing the first cautionary signals of the consequences of our industrial society. 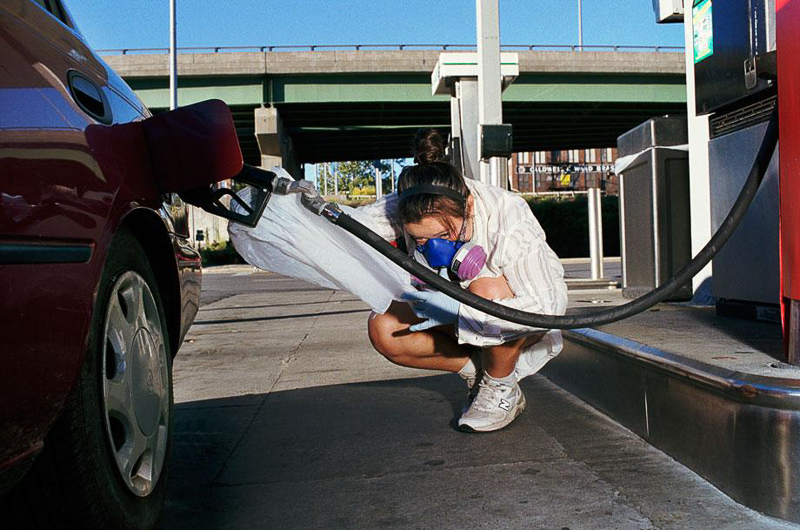 Due to daily exposure to WiFi signals and toxic products that line America’s shelves, Jenson poses that we are all at constant risk. 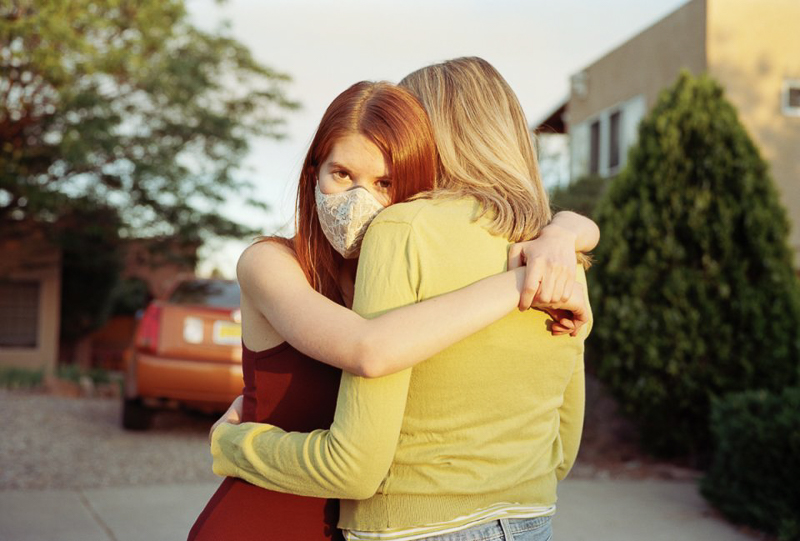