Swiss pilot André Borschberg from the company Solar Impulse is attempting the first flight across the Pacific Ocean in a solar powered plane, with the hopes of revolutionizing air travel. Borschberg is flying the Solar Impulse 2, an airplane with over 17,000 solar cells covering the fuselage and albatross-like wings as he embarks on an 8,340 kilometre trip from Japan to Hawaii. The trip will last for five days and five nights.

“Now fully into the flight to Hawaii. Very strong emotions as I passed the point of no return: exploration starts here” [email protected] 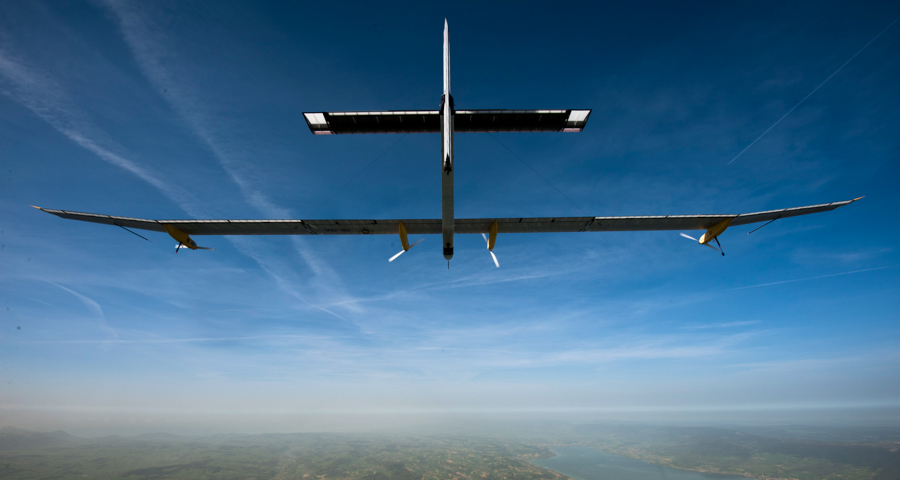 On Monday morning, the plane reached the point of no return, a distance too far from land to return to Japan as they hit nightfall and will be running on the electricity stored in the batteries that power the four propellers. If the plane were to malfunction, it is equipped with a dinghy (small boat), and enough supplies to last Borschberg several days until a team would be able to find and rescue him.

With 25 litres of water, 18 rations of food and 20 minute sleeping increments, Borschberg will make the 26 sq. feet cockpit his home for the next several days.

The purpose of the voyage is to be an example of how air travel can become sustainable: by harnessing solar power technology.

Bertrand Piccard, the pilot who will fly the plane to its next destination told Mashable, “Solar Impulse is able to fly day and night with no fuel, only on solar power because the entire system is energy efficient.”

With 80 per cent of aviation emissions coming from flights over 1,500 kilometres, the Solar Impulse 2 plans to show there’s a practical alternative to solar-powered flight, redefining the aviation industry with sustainability.

There are some limitations to Solar Impulse before it can become commercialized. 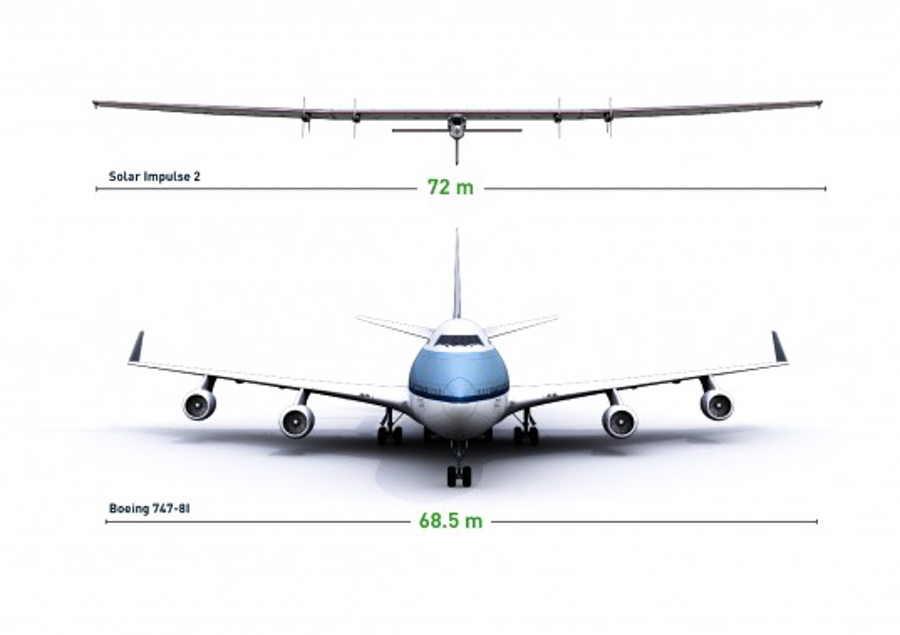 There are some limitations before solar technology can become commercialized, as the plane is slow, traveling at 140 km/h, one sixth of a Boeing 747. The conditions must also be favourable to power the plane continuously throughout the flight. However, if the plane reaches Hawaii in one piece, the journey will prove that the technology works and has the potential to become competitive with fossil fuel-powered planes in the future.