St. Elmo is an American ghost town decaying in the heart of Colorado

Home » St. Elmo is an American ghost town decaying in the heart of Colorado

Deep in the Colorado Rockies is the abandoned mining town of St. Elmo. Old wooden sidewalks creak and dance-halls where sounds of lively music and foot stomping used to flood out onto the streets are now silent, and the general store looks quaint in its loneliness—an image from the past more suitable now to storybook illustrations than the modern American world.

St. Elmo used to be a bustling mountain town. It was developed in the 1870s. (That’s still visible from its architecture.) During the boom, there were 2,000 living there, mostly families of those who worked in the surrounding area’s 150 gold and silver mining locations. Then, walking through St. Elmo, you would see houses, cabins, hotels, dance halls, the town hall, a school house, a general store and a telegraph office. In 1881, it became a station on the Denver South Park Pacific Railroad, bringing more activity to the town. 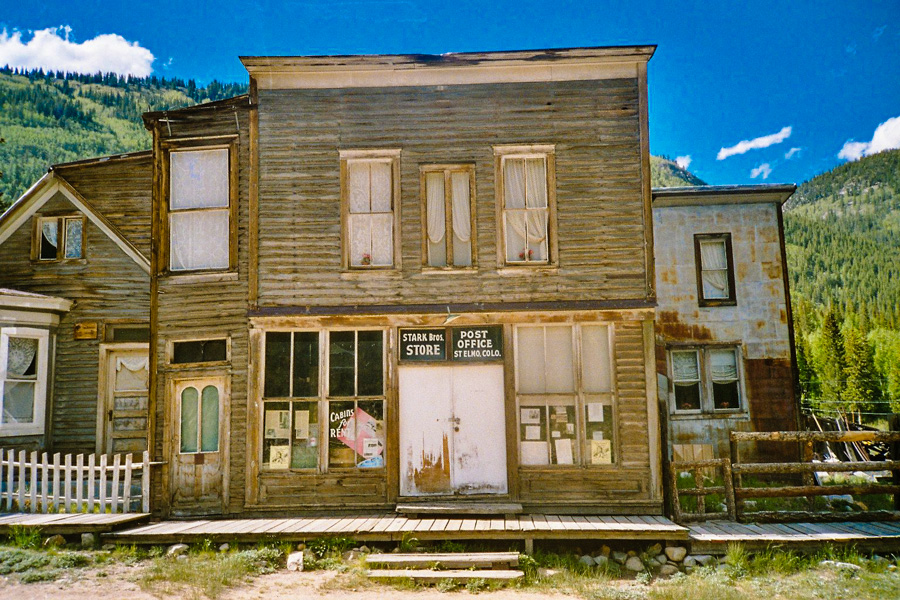 But like many mining towns, the boom faded and it went bust. St. Elmo lost its train station in 1922. It’s rumoured that the townspeople caught the last train out. But one family stayed behind: the Starks. They owned a hotel, a shop and the telegraph office. One of them, Annabelle, one of the children is said to have been the last one to leave the town. She lived in St. Elmo until the 1950s until St. Elmo was left, silent, other than the babble of the waters of nearby Chalk Creek. It became yet another American ghost town.

It wouldn’t be an abandoned town without a ghost story. Many say that Annabelle is still present there even though she’s not alive. Those who have wandered through or who live nearby claimed to have seen a grown-up Annabelle peering through the windows of her hotel. One family who took on the project of fixing up the hotel often found items out of place when they came back in the mornings. Just over a decade ago, much of the Stark property burned down in April of 2002. However, locals who live nearby rebuilt it.

Even now, St. Elmo isn’t left completely silent. Though the nearest civilization is Buena Vista, located 20 miles away, St. Elmo welcomes the odd tourist—those curious to experience the mystery of this leftover mining mountain village. It’s not exactly a tourist haven though. There’s no room service, tour bus or honeymoon suite. It doesn’t even have any sort of nightlife whatsoever. Drive your car to this spot only if you seek to appreciate its history, the serene mountain life and a rustic getaway. 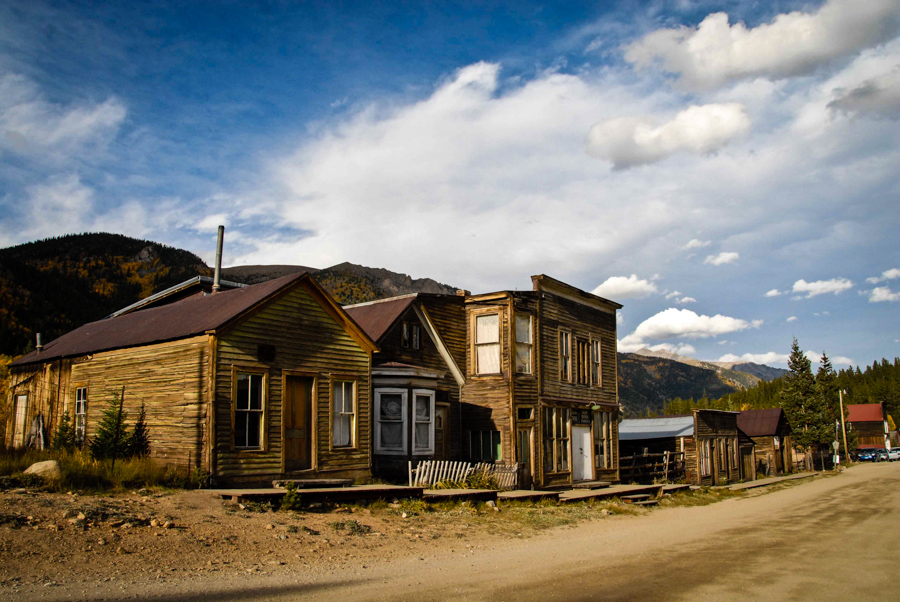 Plan to pack books, your own groceries and a pair of hiking boots. The miniature log cabins sleep three comfortably and rent for $79.00 per night. Technically, much of St. Elmo is now private property though roads are open to the public. Venturing into the old-fashioned buildings that look part of a child’s train-set, is trespassing. Plus, the buildings are deemed unsafe. If you’re quiet enough, you might hear the structures creaking in the wind.

This is a spot for the person who wants to get away from the noise, get lost in the past and absorb the romance of a place which was once the spot of good fortune but is now left all alone in the Colorado mountains. Urban explorers can only dream of escaping into the miles of underground tunnels that once serviced the operating gold mines. Now though, they’re just another sign of the St. Elmo decay. 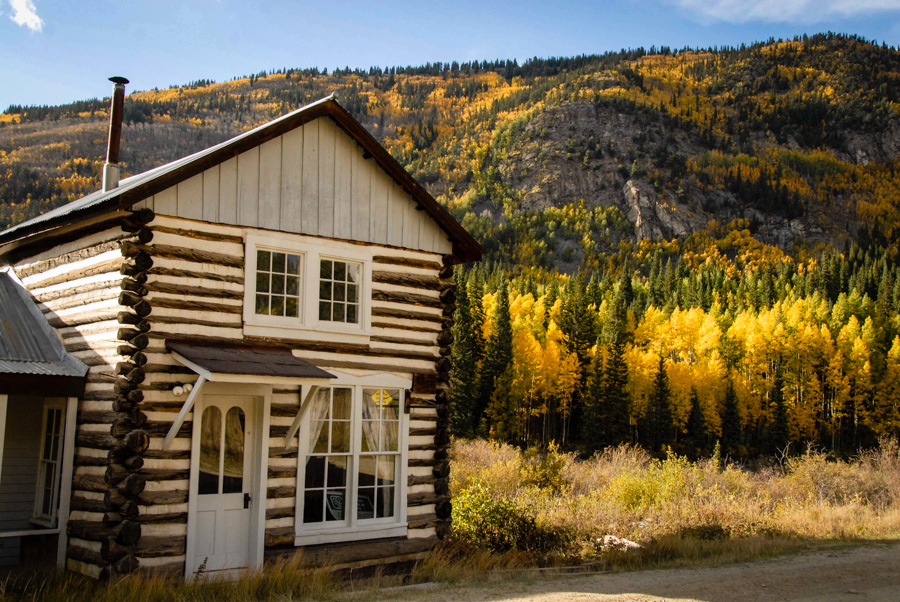 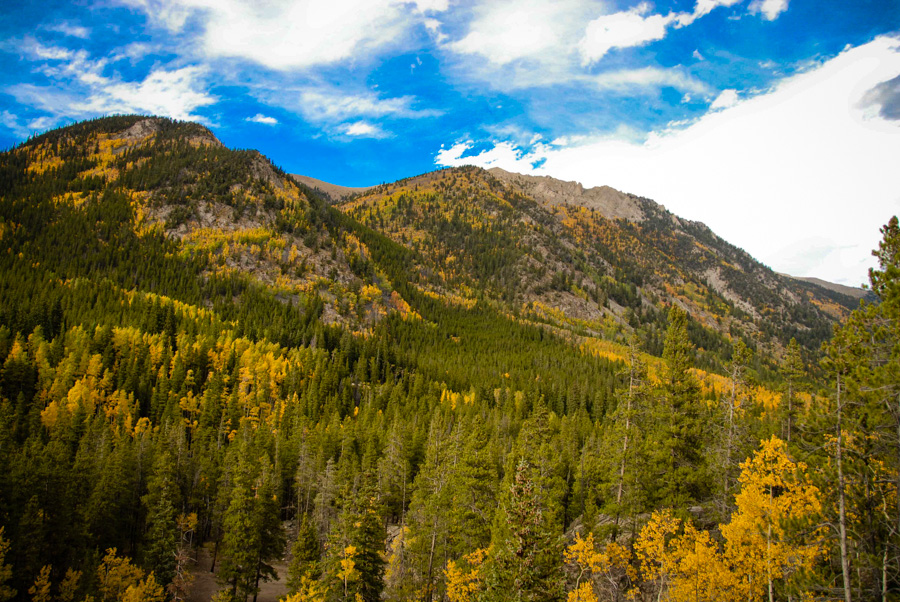