This man slacklined between two mountain tops without a harness (Video)

You don’t know the meaning of fear until you’ve seen a man free-walk on a one-inch tight rope strung between two mountaintops, thousands of metres above the ground in the open air.

Sebastien Montaz-Rosset captures this freedom-defining moment in his feature documentary, I Believe I Can Fly (Flight of the Frenchies). Watching Bernhard Witz’s cross between the Norwegian fjords for the first time— without any harness, parachute or safety equipment on—sent my balls hurtling into my abdomen at the speed of a retracting tape measure.

This is just a small excerpt of Sebastien’s full-length feature film, every moment as visually pronounced and intimate as Bernhard’s crossing. Sebastien follows the Flying Frenchies—Tancrède Melet, Julien Millot, Antoine Moineville, Sebastien Brugalla, Anicet Leone and Bernhard Witz—from the rooftops of Paris sky-scrapers to the cliffs of south-eastern France to the tips of Norway’s misty mountain ranges. It might sound strange, but even at such perilous heights I’ve never seen people more at peace.

This is one of the brilliant aspects of Sebastien’s work. Everybody has seen someone jump off a cliff before, but Sebastien makes you feel it. “It’s the little things that interest me, the gestures, looks…” Sebastien says. The glimmer of freedom in Bernhard’s eyes after free-lining, the intimate banter between friends prior to a big jump, the tranquility in Tancrède’s expression as he stands at the edge of a cliff with a parachute on his back—these are moments of pure humanity cracking through the sublime.

Sebastien has said that not everybody can do what he does, as not everybody has been fortunate enough to grow up in the French Alps working as a mountain guide and ski instructor. However it wasn’t even until he began filming his clients and producing “snow report” videos that he discovered a passion for videography.

Despite his late assimilation into the film industry, Sebastien’s mountain experience has given him a leg-up on other videographers who may not be able to operate with the same ease amid the rugged terrain. Sebastien reminds me of the importance of assuming comfort within your surroundings; “you won’t be able to get good shots if you’re worrying about what you’re doing and where you are yourself.” 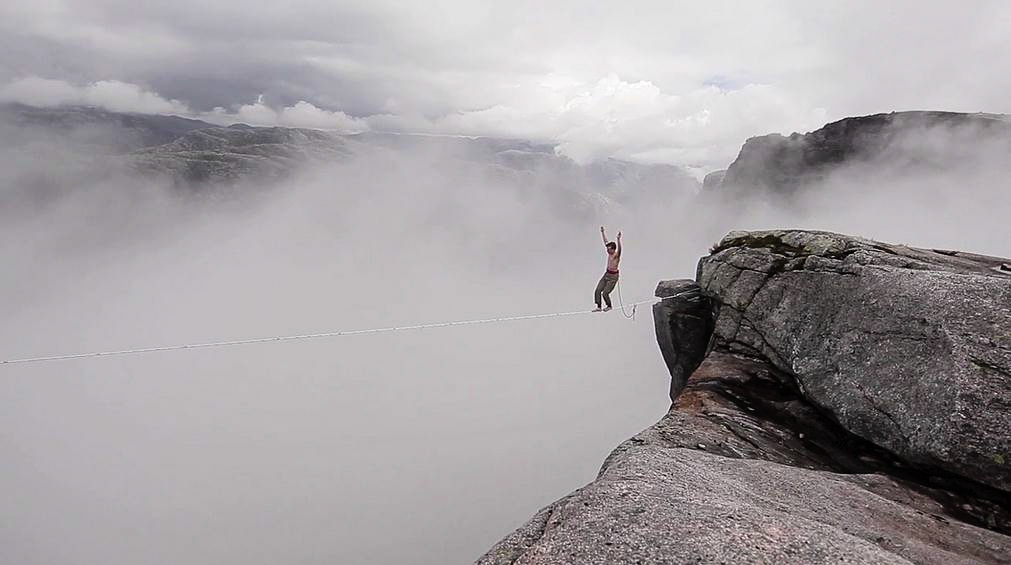 What is comes down to—and what it has always come down to—is putting the shot above your safety. So if you want to film people hurtling themselves off the tops of jagged cliffs, your concern should be less about becoming the next Stanley Kubrick and more about not becoming the mountain’s hacky sack.

Here’s a brief conversation I had with Sebastien about life and film:

1. How and when did you first get into film?
I started by filming my clients when I was working as a guide, and then I started doing a series of ‘snow reports’ by filming days out skiing and snowboarding with friends. It turned it into a small report on local snow conditions and things just grew from there. 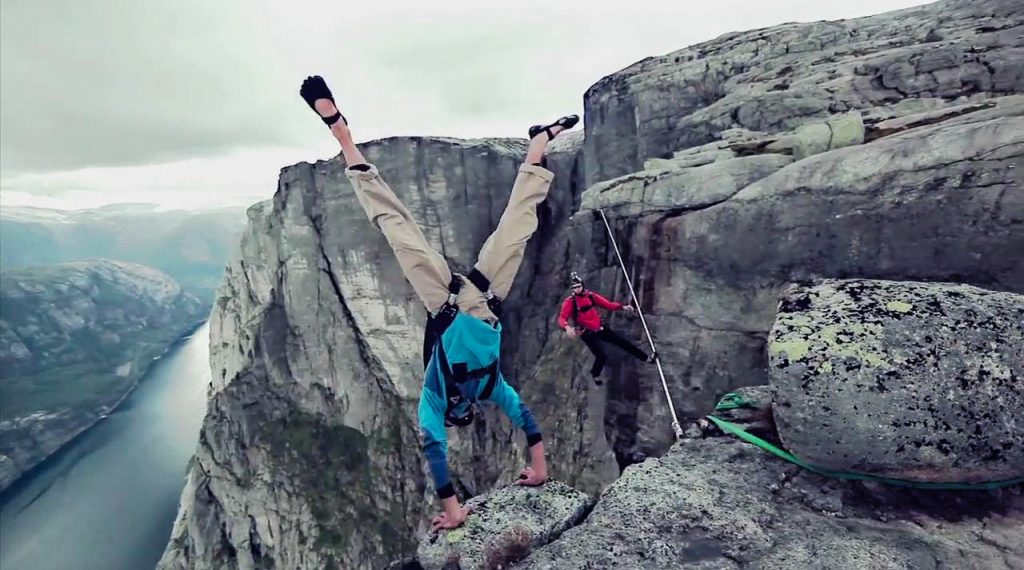 2. Is it difficult to keep your gear safe when you’re traveling in such extreme climates and environments?
I try not to worry about taking my gear out regardless of the conditions—I wouldn’t get the shots. So that can mean things get damaged occasionally, but generally once cameras are weatherproofed, they can withstand almost any type of weather.

3. What is the proudest moment in your career?
I don’t think I have a proudest moment— I’m very lucky to get to film some incredible people doing amazing things, and it’s always a real privilege to be part of things like Kilian Jornet’s world records, or the highline stunts by the Flying Frenchies group. I’d have to say though, when Kilian completed his record on the Matterhorn, and seeing how excited people were, that was pretty special.

4. Is it difficult watching your friends do such dangerous stunts?
Not really because I know how skillful they are and how focused they have trained themselves to be. The risks are calculated as far as possible, and someone like Tancrède is amazingly concentrated when he does all these different stunts. For him it isn’t a huge risk because he’s so focused and aware of all the factors. For all of these guys, if something doesn’t feel right to them, then they will not hesitate to turn back. Also, when I’m filming, I’m so focused on getting shots I’m not aware of much else.

5. What makes your style different from other action sports filmmakers?
For me it’s all about telling stories, not just about filming stunts. It’s the little things that interest me: the gestures, the candid speech and looks. For me, it’s easy to assume comfort in danger. I grew up in the mountains and I’m a mountain guide, so it feels like home. You won’t be able to get good shots if you’re weighed down by worrying about what you’re doing and where you are.