In this world of post-secondary degrees and political correctness, Netflix and net income, self-help books and selfie-sticks, iPhones and IPAs, crushing banality and cutting mediocrity, most of us just want an authentic experience; for a moment when all the sadness and loneliness falls away and you just feel completely alive.

If you said to me, “Emotionally dysfunctional, middle class, heterosexual, white—they’re always white, aren’t they?—person goes into the jungle to find themselves,” I would have promptly gagged and gone back to cynically scrolling through my Twitter feed.

Why, then, the story of Sean Michael Hayes, Vancouver-born, American-based skateboarding coach and author caught my eye is beyond me.

Hayes’ introduction to Five Weeks in the Amazon begins with the phrase, “Last year I wanted to kill myself,” which is certainly a start.

By 25, Hayes had become something of a superstar in the skateboarding world, made a six-figure salary, and was still struggling with depression and substance abuse. Kind of like Eat, Pray, Love in Vans.

The first two chapters from the recently-released novel follow a typical travel narrative. After an introduction that lays out his pedigree, Hayes arrives in Miraflores, a district of Lima, Peru. The prologue sees him in the throes of an ayahuasca trip, a psychedelic from a South American jungle vine, and continues with Hayes exploring this strange new land, throwing himself into the city with little Spanish and even less direction.

Upon his arrival in South America, realizing that forgoing the usual tourist routine of learning a little functional Spanish—“This was day one of my self-taught, ‘learn by doing,’ Spanish program,” he writes… famous last words—he manages to snag a taxi ride to his hostel in Hayes arrives at a hostel in the Miraflores district of Lima. He’s further bemused by the Spanish-speaking man looking after the hostel, who lets him in and gives him a quick tour—with a lot of head nodding on the part of Hayes.

If you, like me, presumed non-fiction by a skater would be a painful read — judging a book by its cover, so to speak — you should give Hayes a chance. There’s a few cheesy lines, a little bit of telling rather than showing, but he excels at straightforward, accessible prose and some beautiful imagery. The following section particularly got to me:

“I threw my skateboard under my feet, lit a cigarette, and skated into the humid night. Most businesses were closed, but there were lots of casinos, bars, and clubs still open and busy with customers. I kept skating. There were bums sleeping, teenagers playing music, shadowy parks with no one in them, and fast-food restaurants filled with adults. I saw people laughing in the streets with their friends, drinking beers, getting in and out of taxis. It was the same general buzz that you’d find in most big cities, but everything from the cars’ horns to the colours of the street graffiti was foreign and different. It felt new and exciting.”

Hayes explains in the second chapter that exploring the world on skateboard is like a happy medium between the speed of biking and the leisurely pace of walking. Beyond that, there’s a philosophical outlook that comes through in his selections of Five Weeks in the Amazon.

Hayes eventually finds a tiny bar where he enthusiastically imbibes a few beverages, and manages to get completely lost in urban Miraflores, a harrowing experience for any traveller. Once again… doesn’t help that he doesn’t speak any Spanish. He eventually stumbles back to his hostel, though somehow ends up in the wrong bed.

Skating, he learns the next day, is the universal language. Hayes manages to find a skate park where he hits the pavement with a bunch of Argentinian teenagers. They eventually share a joint together, giving him a chance to reflect on loneliness and escaping his problems. Some of his musings work better than others, but there are more hits than misses. To say the least of his initial writings, Hayes has written something that I want to read more of. How does he fare in the jungle? What happens when he takes the psychedelic? Does he come out of the Amazon changed?

Hayes captures a contemporary sadness that runs through the young and disenfranchised, and proposes a solution steeped in passion, experience and travel. 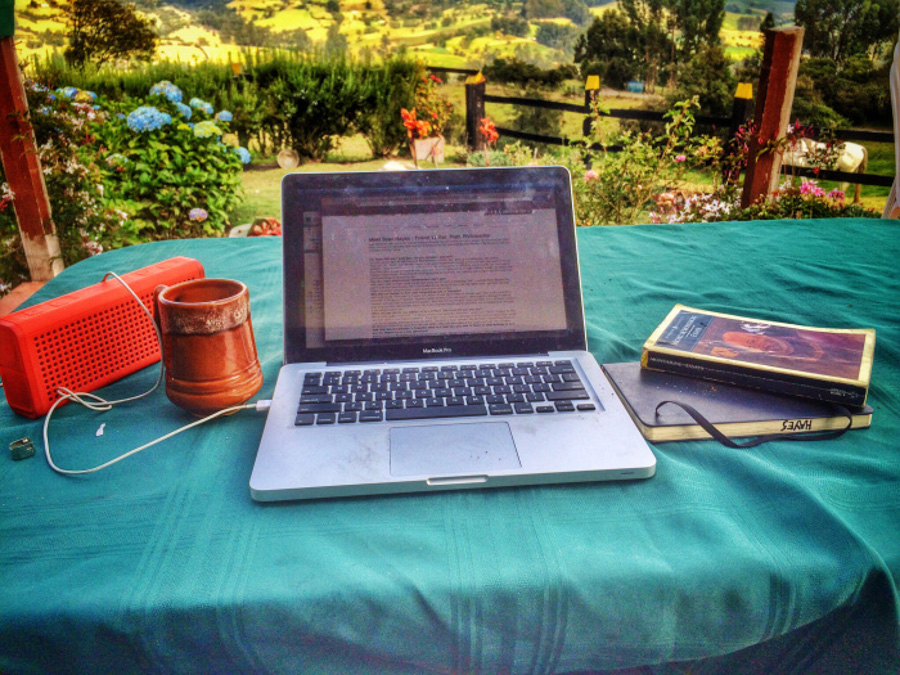