Dry, bloodshot eyes illuminated only by the glow of a dull computer screen. Hunched spines cracking loudly after being momentarily stretched out, before snapping back to their bent and painful shape. The hypnotizing pitter-patter of a dozen keyboards all bleakly screaming out at once. This isn’t a scene out of a zombie apocalypse film – it’s a scene straight from the daily lives of 86 per cent of Americans.

Working in an office comes with a plethora of problems and unavoidable health curses. Poor posture causes arthritis, and office workers are more likely to go out for a fast and unhealthy lunch, which can lead to obesity. Not to mention that the air in an office building can be 100 times dirtier than the air outside. Which means that everyone is just circulating the same gross, toxic, germ-filled air while they pump out their mind-numbing tasks. According to Business Insider, the high stress, long hours and sedentary nature of an office job can even lead to an early death.

According to Business Insider, the high stress, long hours and sedentary nature of an office job can even lead to an early death. 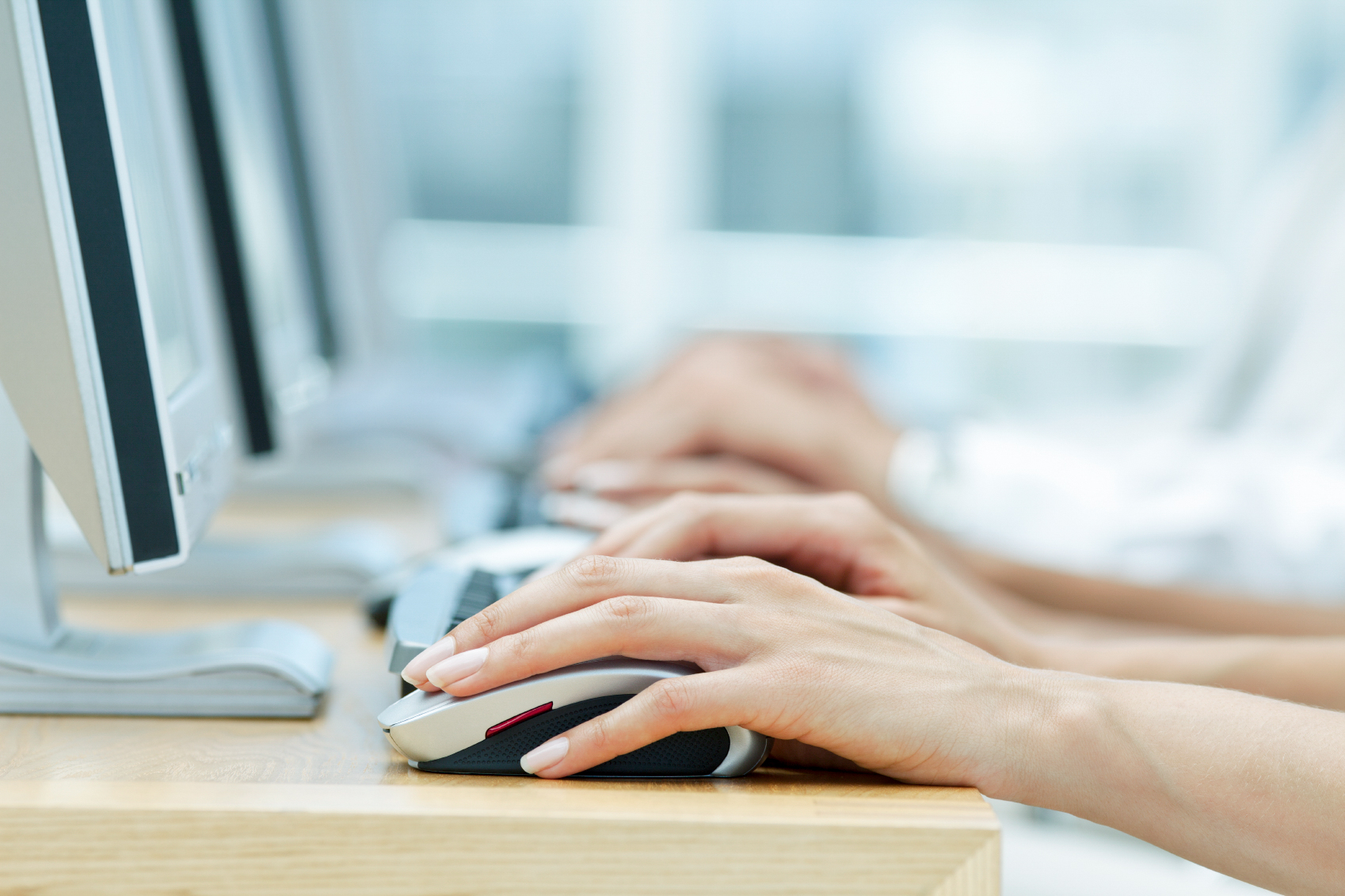 The biggest culprit of workplace health issues however, is sitting. According to Ryot, the average worker in the U.S. sits for 10 hours a day. Sometimes even longer due to things like checking their email, eating lunch, watching TV and surfing the Internet after work. Prolonged sitting means you face a higher risk of musculoskeletal disorders, obesity, diabetes, cancer and heart disease.

But despite all of this negativity, experts are now suggesting ways to combat the sitting curse and in turn, providing a path towards better health and productivity.

Experts say you should start trying to stand for two hours a day, during an eight-hour workday. Once your body gets used to sitting less, they recommend raising that number to four hours. “We need to fundamentally rethink the way we’re working,” said James Levine, an obesity expert at the Mayo Clinic, to the Washington Post. “The way we have developed our workplaces and even our schools is actually profoundly unhealthy. It’s a real design failure.” He explained that some small studies have not only found that health improved, but that productivity was boosted by 15 per cent when people stood up and moved around during the day.

Experts say you should start trying to stand for two hours a day, during an eight-hour workday. 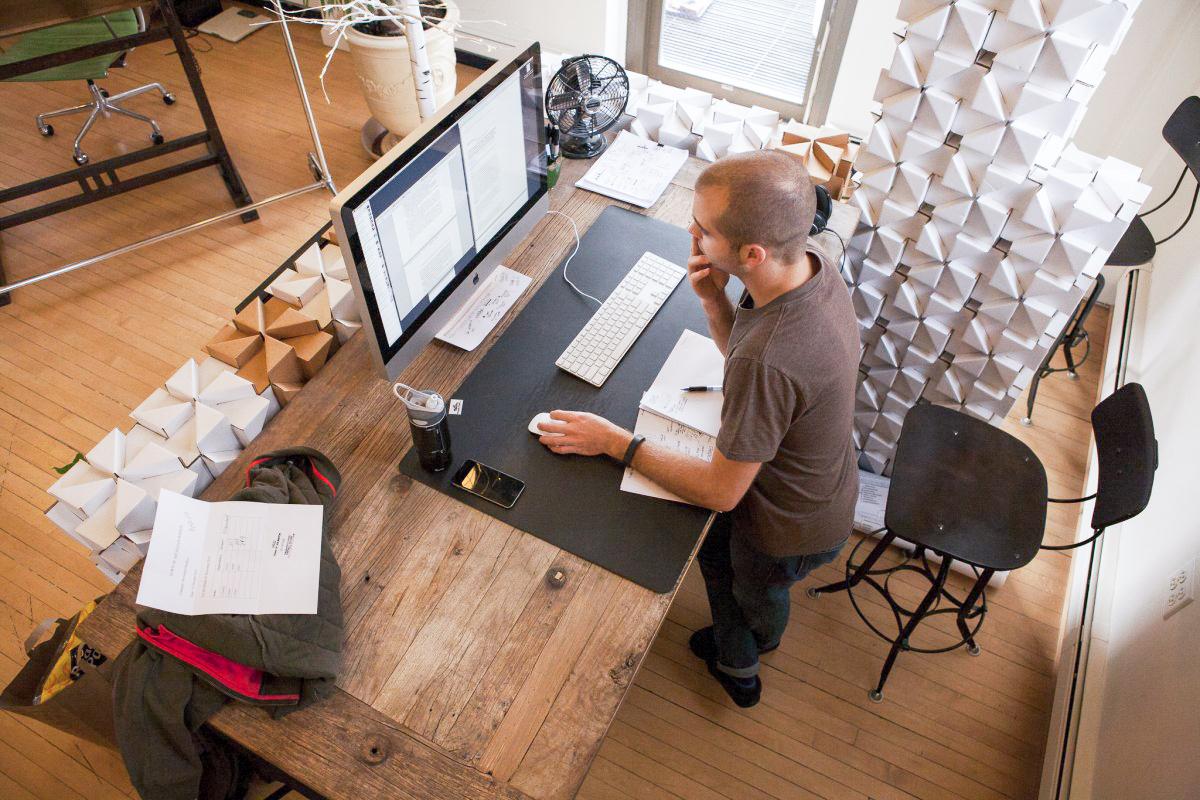 The Post also noted that change is on the horizon. Some companies have started to hold standing meetings. Standing desks are growing in popularity and some watches can even be programmed to tell you when to get up and move around.

Standing desks are growing in popularity and some watches can even be programmed to tell you when to get up and move around. 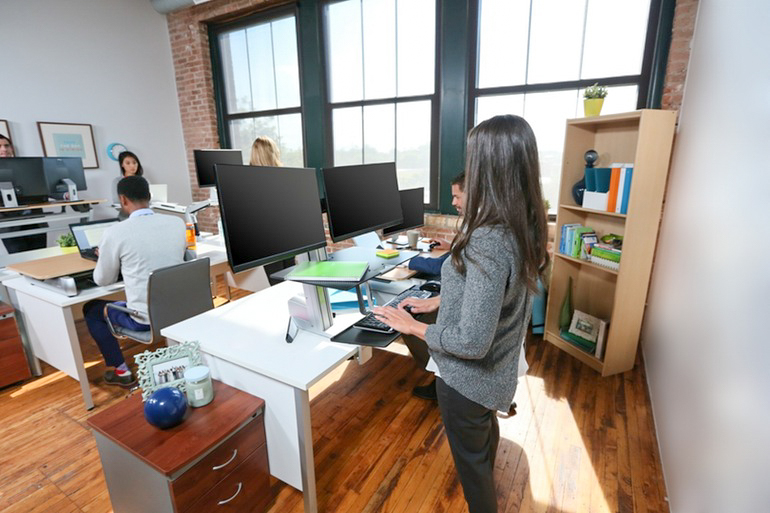 “Our first order of business is to get people to spend two hours of their workday NOT sitting. However you do it, the point is to just get off your rear end,” Gavin Bradley, director of Active Working, told the Washington Post. “Taking your calls standing. Walking around. Pacing. Holding standing meetings. Walking meetings. Walking over to a colleague’s desk instead of sending an e-mail. Using the stairs instead of the elevator. Taking a lunch break… These things are so simple they’re almost stupid.”