Is #WhitePrivilege actually a thing?

Do women play video games? Is there really such thing as “rape culture”? Should transgender people be allowed to use whichever sex-segregated bathroom they prefer? Should women call themselves feminists? Does white privilege exist?

I cringed when, in early December, I saw that CBC’s The National had produced a segment titled, “White privilege: does it exist?” I thought to myself, “Have we only come this far?” Of course, I was relieved when, within the first two minutes of the segment, each of the panellists agreed that white privilege does indeed exist. Small miracles.

The frame for the conversation was the privilege-steeped hashtag #crimingwhilewhite, which gives white people the chance to describe instances where they were able to get away with murder, pardon the expression. The panel was graced by lawyer, professor and activist Pamela Palmater, and Toronto-based journalist Desmond Cole — Cole gave the particularly succinct description of white privilege as the ability to “be oblivious because it’s not your reality. The privilege to not be the subject of racism.” — both of whom are people of colour. However, the other two panellists were two white people, and the whiteness scales were tipped by host Wendy Mesley. That’s 3-2 for white people pontificating on white privilege.

The conversation was mostly benign, and a good, engaging one. I’m not comparing The National’s white-stacked panel on white privilege to the egregiousness of, say, a U.S. congressional hearing on women’s reproductive rights that featured absolutely no women — and didn’t seem to see the problem with doing so. My point is the logistics of a conversation are just as important as the conversation itself. The questions we’re asking are just as important as the answers. We need to acknowledge when we, as the arbiters of public interest, fail.

Another example: I had a great conversation with game maker Kara Stone for The Plaid Zebra a few weeks ago. I pointed out that she’s had a great deal of success with her work, and asked the inevitable media question of why there’s “this moment all of a sudden” where her work’s being recognized. She explained that aside from her work straddling the worlds of art and video games…

“I think another reason why people are quick to… maybe not quick to but I maybe get more media attention than other people is that I’m, like, a white, pretty, cisgender woman, and people are looking for women doing work, but there are so many people of colour and transwomen that are doing this thing before I’m doing it, and who are still doing it and maybe not getting the attention that I am because people are biased or scared and they want to put a simple, digestible face on it.”

Kara’s moment within the video game community, as she pointed out, may be new, but it’s built on the foundation of a diverse array of game makers and artists that I’d failed to acknowledge, because I’d failed to consider that context.

Similarly, Stone pointed out a recent run in with the media where the women involved at a game development event for women, were asked if women play video games. Again, that’s the wrong question to be asking, and we see it time and time again with countless issues that are quickly mounting up globally. In this context, finding instances where the media fails to deal with a nuanced issue is a bit like shooting fish in a barrel.

Faced with an increasing preponderance of high-profile coverage of sexual assault and rape cases, earlier this year, TIME magazine sought to end the so-called “censorship and hysteria” around rape culture theory, which columnist Caroline Kitchens claims “is doing little to help victims, but its power to poison the minds of young women and lead to hostile environments for innocent males is immense.” The implication of this statement being that we should consider the harm we do to these innocent young men before we consider doing anything to stop women getting raped. U.K. sunshine child current-affairs mag, spiked, published “Rape Culture? There’s no such thing,” which will likely be a comfort to the estimated 230 cases of raped women a day in the U.K. according to a BBC news report. 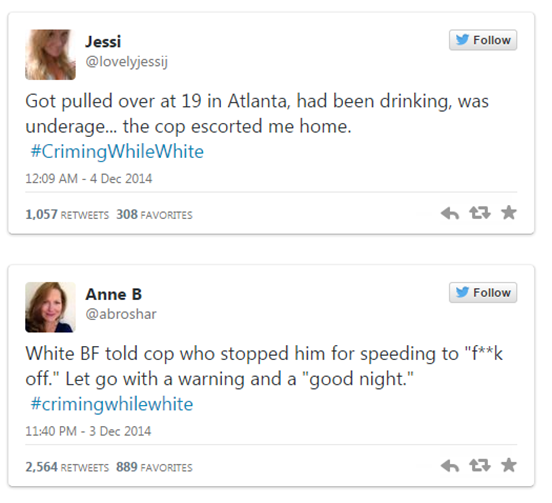 The media can’t seem to speak to transgender people without relying on tired tropes of tortured souls born in the wrong body, while covering and condemning their use of public washrooms as the work of sexual predators out to defile normal women and children. Violence against women, especially racialized, indigenous or transgender women, is endemic to the point of absurdity. Yet pick up a paper tomorrow and try to circle all of the stories that deal with any women’s issues at all, let alone non-white or non-cisgender women. Feminism, as you’ve probably so often, so pithily heard from the mainstream media, is the new F-word. Boy, does that make a good headline.

I’m speaking in broad strokes, because like the staff behind The National, or myself, there are plenty of professionals working in different media fields that are well meaning, progressive people. This doesn’t excuse our failures, or our fear of admitting when we’ve failed. My issue is our inability to question our practices, and our timidity to take a stand against the problematic issues we facilitate and reinforce. In the face of increasing public resistance against ingrained, outdated authority and power structures, the media doesn’t seem ready to join that discourse with the people they’re supposedly serving. We have a duty to the public to move the conversation forward, but even with the 21st century world literally at our fingertips, we seem stuck in a 20th century newsroom mentality.

Do women play video games? Is there really such thing as “rape culture”? Should transgender people be allowed to use whichever sex-segregated bathroom they prefer? Should women call themselves feminists? Does white privilege exist?

The answer to these questions is: yes. Emphatically yes. Understood? Great, now we can move the conversation along.