3D printing has had an impressive and decorated existence. The ridiculously cool invention in its 30-plus year run has seen the creation of things as trivial as action figurines, but also wheelchairs for two-legged animals, casts and even organs. Now they are getting close to developing a 3D printer that would be able to print an actual ear. Did you hear that?!

3D printing already has a very stellar medical track record. Way back in 1999, the first 3D-printed organ was printed and then implanted. Scientists at Wake Forest Institute for Regenerative Medicine were able to 3D print synthetic scaffolds of a human bladder. The bladder was coated with actual human cells from patients. The tissue that was then generated was successfully transplanted into the patients, and since their own cells were mixed in with the 3D-printed scaffolds, there was no chance for rejection after transplantation. 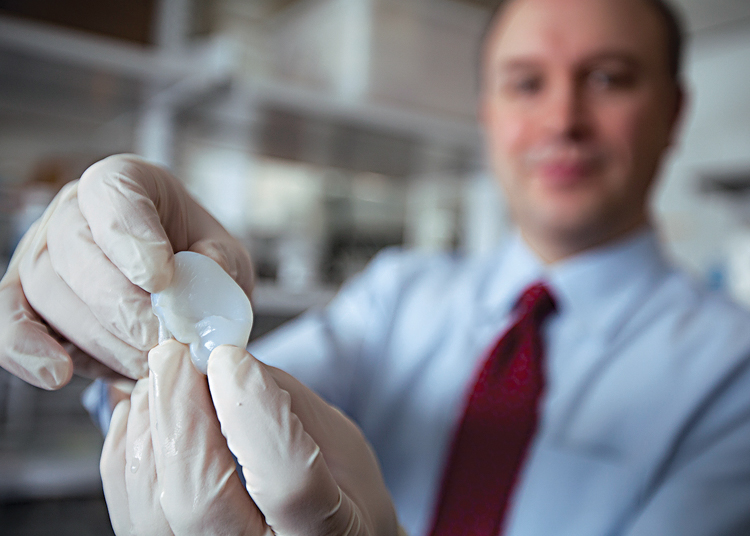 Fast-forward to the present and those same researchers from Wake Forest Institute for Regenerative Medicine published their 3D ear-printing story in the peer reviewed journal, Nature Biotechnology. Their new 3D printer, called the integrated tissue organ printer (ITOP), can build biocompatible tissues for use in transplants, including bone, muscle, cartilage and the entire ear. This new printer has overcome some of the previous problems of creating stable, human scale tissue compositions.

Anthony Atala, a member of the Wake Forest Institute research team, talked to Mashable about some of the progress being made. “One of the major limitations of nature is that tissues or cells will not survive in volumes larger than 100-200 µm, which is about 0.1-0.2 mm. In order to survive diffusion, cells need to be close enough to blood carrying capillaries to get the necessary nutrition.”

Atala further surmised, “What we did with the printing technology is we created microchannels in the structure that allowed the nutrition to go through and allow us to basically overcome nature’s limit.” 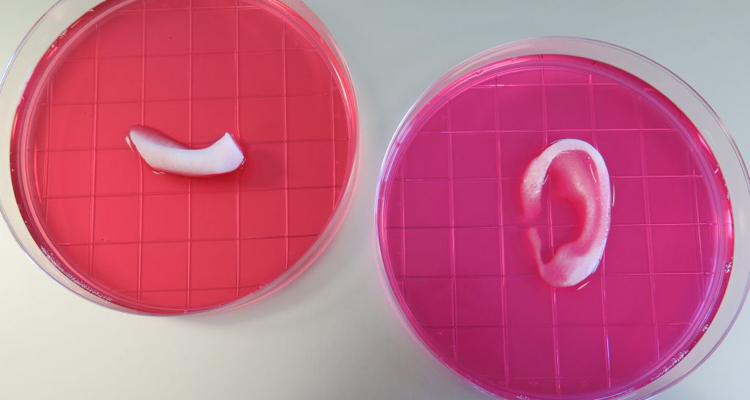 The 3D printers already on the market were not operating precisely enough on a small scale to help Atala’s team mimic capillaries so that the cell-laden hydrogels would not deteriorate.

Atala’s team tested their new 3D printing technology on lab rats. They firstly attached the 3D printed tissues to the rats, and then implanted bio-printed bone tissue. After analyzing the rats for five months they found new vascularized tissue in the implants without any necrosis.

The ITOP is able to customize tissue shapes through a digital model of the tissue or body part being uploaded into a unique software program. That sounds pretty darn snazzy if you ask me. Elf ears anyone?

Ten years of research has already been spent on the project, with much more to come.