This Scientific Discovery Will Change The Way You See the World

I lied. It won’t. But it will make you think about how easily you can be taken in by a title.

2016 brought a lot of media reporting practices to the table for evaluation. Most alarming was the sudden and jarring rise of “fake news” – biased journalism that aims to deliberately mislead or distort the facts in order to lead readers to a specific conclusion. But fake news came arm-in-arm with an equally odious brother, a relative spawned from the same kind of laissez-faire, fact-free, anything-goes primordial soup of the Internet. “Bad science,” as it’s come to be known, can be traced back to the same instinctual drives that produced the slew of fake news that now threatens to overrun the fifth estate. 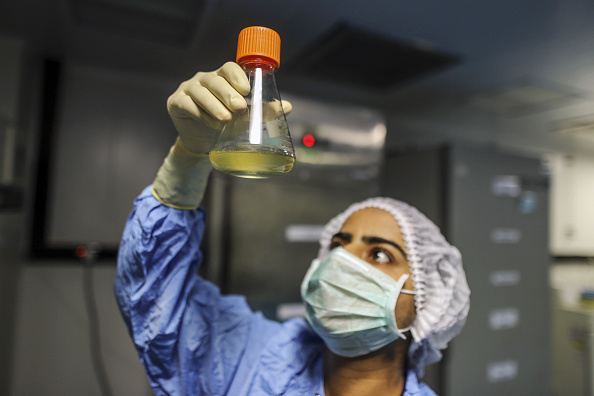 Maslow taught us that deep down, all humans want to feel good about themselves. That’s a basic urge. Associate Professor at the University of Virginia, Dr. Brian Nosek made a study of charting the conscious and unconscious biases of his students and study participants, to discover how their urge to feel good impacted their research. But the urge to feel good about everything – and to constantly produce positive results — was starting to threaten the scientific method itself. Science is, after all, a series of trial and error, and as in any good system that rewards perseverance, the scientific method will inevitably turn up a lot of errors. The problem was that, in an age of attention-grabbing headlines and sensationalist finds, the old-fashioned scientific inquiries that turned up real results were becoming increasingly overlooked. In fact, some important studies and findings had even been entombed in the wastebasket because they turned up negative results, or even just results that went against the grain. Nosek calls this the “file drawer effect”… but you might know it as the good old fashioned “cherry-picking.” This worrisome problem is only growing worse in a media environment that rewards dramatic finds, sturm und drang, and headline-grabbing controversies while ignoring less monumental discoveries. In a system where the Einsteins and the other Great People of Science are held up as paragons of wisdom and intellect, it’s easy to overlook the thousands of other technicians, assistants, and associate professors that keep the scientific industry industriously ticking behind the scenes.

Nosek hoped to head the file drawer effect off at the pass before it could do any more damage. He aimed to keep a public log of the experiments that scientists and their associates were running: a comprehensive database that would include hypotheses, methods, data, and worklogs in the hopes of preventing any possible number-fudging. The Reproducibility Project, as he calls it, aimed to redo about 50 studies from prominent psychological journals in a pointed attempt to verify how much of modern scientific data had been falsified or cherry-picked, then subsequently co-opted by advertisers and other third parties to support marketing.

Naturally, Nosek’s crusade made him something of a pariah in the scientific community, and he struggled for funding; it wasn’t until 2012 that the project really managed to take off. In 2015, the first round of recreated experiments was released, with the damning conclusion that almost 40% of results conducted were altered or outright faked. Thanks to the Arnolds Foundation, a large American organization that funds Nosek and his Reproducibility Project, scientists all across the world are challenging the notions of their colleagues and keeping science, well, scientific.