Meet María José Cristerna, also known as “The Vampire Woman.” Don’t let her appearances deceive you though, María is a former lawyer, survivor of domestic abuse, and a mother of four now working as a tattoo artist.

Cristerna grew up and still lives in Guadalajara, Mexico, one of the most notorious ghetto neighborhoods in the country where violent gang culture is widespread.

She spends most of her time working as a lecturer in women’s groups. Often women from her neighborhood will knock on her door and ask her for advice. She knows all too well about these problems, having gone through many of them herself. She lived for 10 years with a drug addicted and abusive husband until she finally found the courage to take her four children and leave him.

Normal is a subjective term. After having 90 percent of her body tattooed and modified Cristerna finally feels like who she was naturally meant to be. These photos show her transformation: 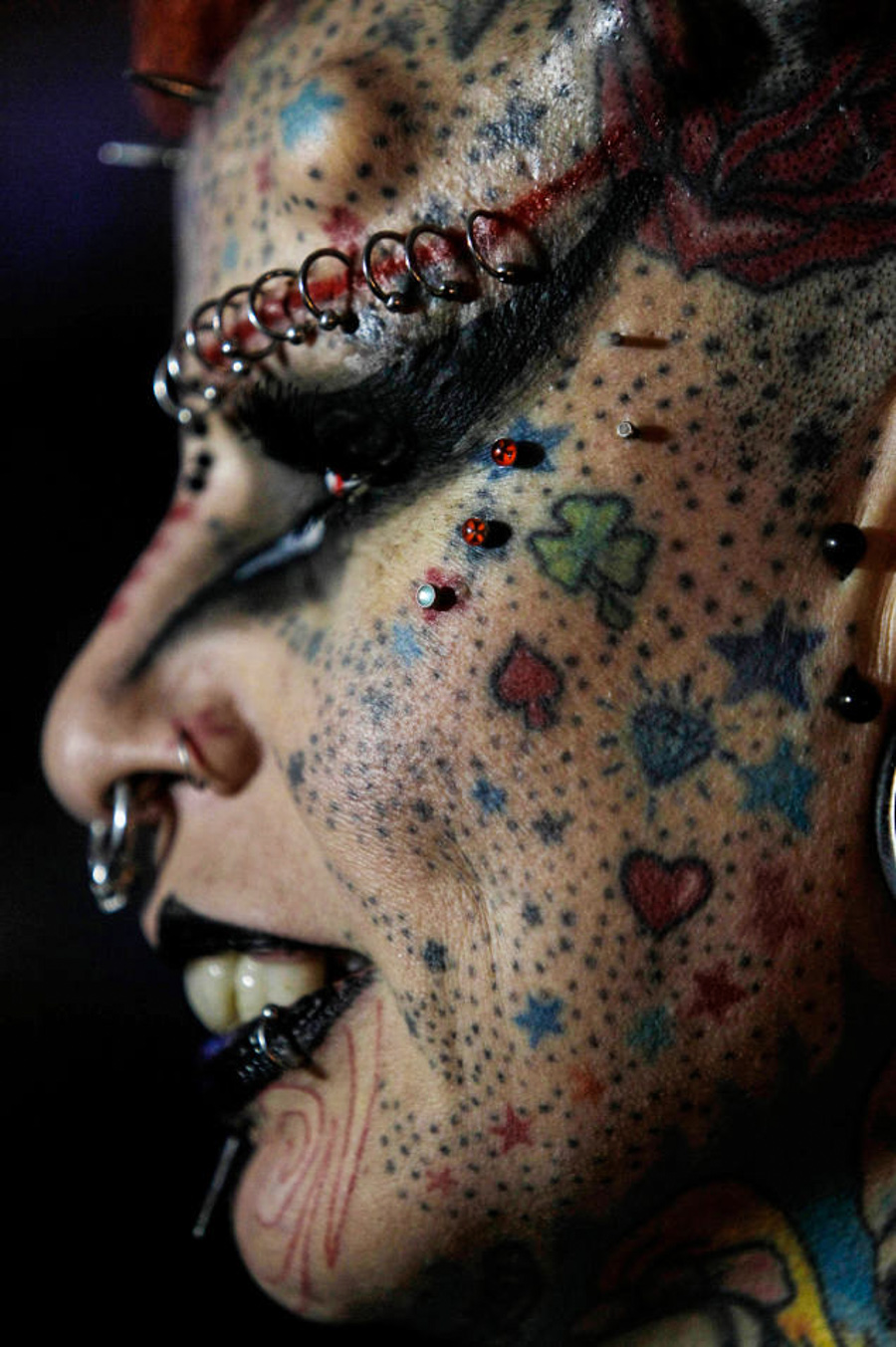 If you think her body modification is extreme, then take a look at a Venezuelan man who refers to himself as Red Skull:

Many people will modify their bodies in the future with implants, cybernetic parts, and genetic alterations for both aesthetic and practical reasons. Maybe they are just the vanguard of the new world to come.