If you were sitting at your computer screen with a look of bewilderment and mockery when you first read the words “Donald Trump Announces Presidential Campaign,” wondering how the sleazy, xenophobic, homophobic, failed businessman could have possibly rallied enough political support to get cheers during his announcement, fret no longer. Strong evidence suggests that Trump’s supporters are not a shockingly large number of idiot Americans, but a crowd made up largely of paid actors. According to The Hollywood Reporter, an email from New York-based Extra Mile Casting put out a call for extras to attend Trump’s event and “wear t-shirts and carry signs and help cheer him in support of his announcement.” They paid 50 bucks a person for the less-than-three hours of work. 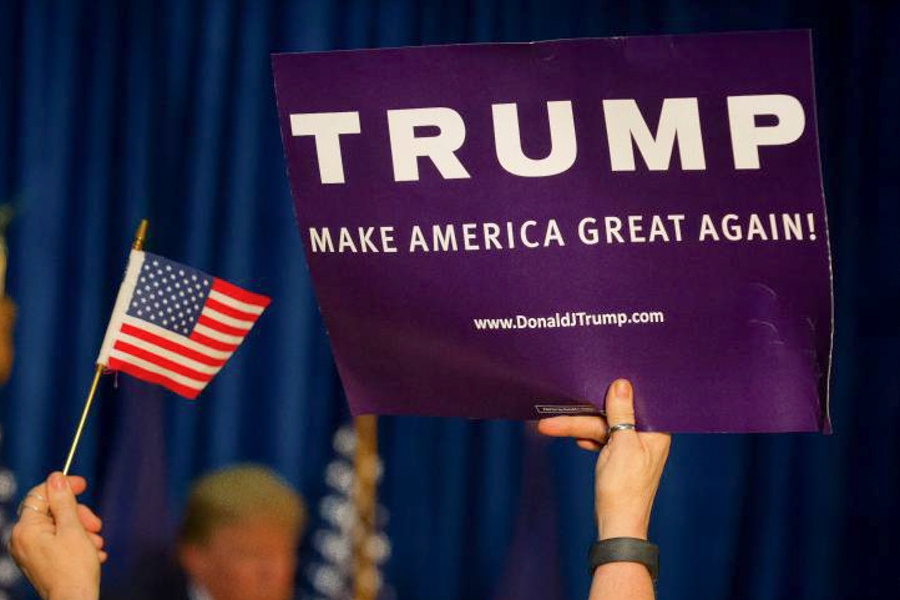 Trump’s not the only one who has relied on a rented crowd to look more popular than he is. The use of rent-a-crowd services has increased in recent years throughout the world, though it does seem to be a mostly American phenomenon. The UK’s aptly named Rent-A-Crowd admitted to being hired to provide fake supporters in various places around the country during the lead-up to the 2015 general election. As far back as 2010, The Wall Street Journal reported on a hired crowd pyramid scheme in Ukraine. In 2013, a wind farm protest at the British Consulate in New York was cancelled after a crowd rental service emailed its paid extras not to come out due to lousy weather—The Independent article strongly suggesting that the protest was Trump’s doing. Finally, an interview with Adam Swart—founder of Crowds on Demand—admits that their service has worked with “dozens of candidates in the US primarily but not exclusively Republican.”

Swart gives a few reasons why politicians would want to bolster their crowds: a diverse group of people is critical for appearances; enthusiastic crowds gives news organizations good footage and pull quotes, which makes them more likely to cover the political candidate; it provides existing supporters an air of legitimacy, allowing them to feel like they’re “backing the right horse; and it gives the candidates themselves more self-confidence, whether they know about the paid crowds or not.

Crowd on Demand offers their services, which range from staging a “paparazzi” scene to fake fans to stalk through the streets

Crowd on Demand’s website provides some other examples of uses for their services, which range from kind of cute—staging a “paparazzi” scene for a company to honour one of their top employees with—to thuddingly manipulative, such as a “popular fashion designer” hiring attractive people to come up to him at galas wearing his clothes, and fake fans to stalk him through the streets of Los Angeles, Las Vegas, and New York City. This was used as justification to raise prices on the designer’s clothes, and apparently nabbed him double the Twitter followers, enhanced coverage on popular gossip rag TMZ, and a lucrative deal with a department store chain. Their clients, as you’d expect, are confidential.
This is all pretty disgusting, and a chief example of how capitalism has mutated into a farcical arms race for attention. It’s not enough to be a skillful human being putting out a thing that people like—it’s about making it seem like you’re a big shot so that enough of the lowest common denominator jumps on board. Maybe this speaks to the lack of critical thinking that a lot of average people have, but at the same time, most people have worries of their own and don’t have the time to interact with this stuff on a meaningful level. It’s easy for me, a writer who needs to consume media to do his job, to see these issues from on high and poke holes in them. But most people just want to go about their day and not look silly to their peers by being out-of-touch, and so are liable to fall for wherever mainstream tastes lie. And if that seems to be Donald Trump or some over-priced fashion brand, then so it goes.

But hopefully people can at least see the falsities of Trump. That fuckin’ guy, right?