Yulia Taits is an Israeli photographer who created a photo series called “Porcelain Beauty” that illustrates the beauty of albinism that has long been overshadowed by its reputation as a grotesque deformity. Since its relates Tait’s collection has gained fame globally. So much so that Tait will be releasing a “Porcelain Beauty Vol. II” shortly.

Historically albinos have been depicted as freaks and outsiders, because of their perceived deformity. The history of discrimination and mistreatment of albinos dates back to the persecution of albinos in some parts of the African Great Lakes. In recent years, dismembered remains of people effected with albinism have been found in this area. This is because body parts effected with albinism was believed to have magical properties and were collected and used by witch doctors.

Albinism is a rare condition that effects 1 in 20,000 people globally. The lack of proper representation of people effected by albinism has led to superstition, disgust and revulsion from the general public. The most recent depiction of an albino person in media was the albino from The Da Vinci Code, starring Tom Hanks, in 2006. The albino character, Silas, perpetrates the negative evil stereotype of albino people that is so detrimental to the perception of albino people. This is a common trope that leads the public astray.

Another infamous depiction of an ‘evil’ albino is in the children’s book, The Princess Bride, that was famously turned into a movie in 1987. The character is cleverly named “the Albino”. The character draws on the classic Victorian trope of the “Igor” character, complete with a hunchback, doing the bidding of an evil overlord while torturing others and appearing visibly diseased and covered in sores.

Albinism has been linked to villainous characters for centuries and most likely the idea of linking evil qualities with albinism originated out of folklore about vampires and other creatures of the night who are most often depicted with white pallor complexions. In Neolithic Eastern Europe death was depicted as a pallid woman with white hair, someone who could be described as white as death.

The most infamous depiction of an albino person in popular fiction is the main character in The invisible man, written by H.G. Wells and published in 1897. The protagonist was only able to turn invisible because of the lack of pigmentation in his skin. This of course drives the character mad creating yet another albino villain- perhaps the most infamous one of all. 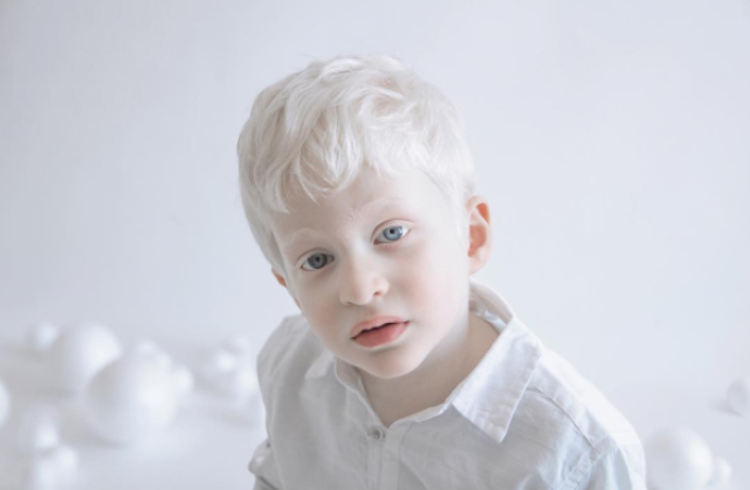