Though this laundry list of narcotics might sound like the daily regimen of an addict, in reality, it was the medications prescribed to Jack Kungel after a life-changing accident that occurred almost 15 years ago.

In 1991, Kungel was working when some steel bars fell from above him. Trying to save his feet from being crushed, he reached out to catch the steel in his hands. In doing so, he tore two rotator cuffs, two bicep tendons, and ligaments in his right knee. He would also suffer a hernia, bilateral nerve entrapment and bilateral carpel tunnel.

The myriad of medications doctors prescribed to Kungel, listed above, caused him excruciating pain. He would vomit excessively – usually two to three times a day, for over 20 years. Stomach acids destroyed his teeth, and caused permanent damage to his ribs and hernia. “It felt like someone stabbing [me] with a knife all the time,” he says.

After eight surgeries and hundreds of visits to therapy proved unsuccessful, Kungel was inches away from death. He says the cocktail of narcotics meant to help him caused countless side effects. 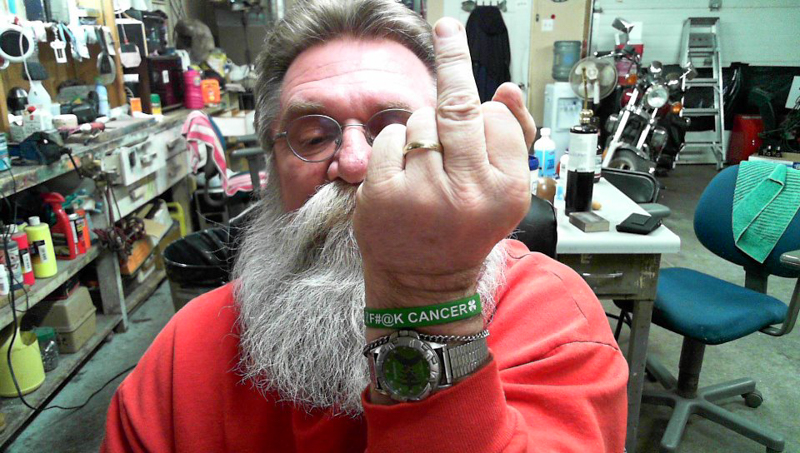 “My body was in convulsions from reactions from everything. So I did some research and found cannabis. I have stopped every single medication I was on and just ingested cannabis. Three grams everyday in capsules ground up and three cookies.”

Almost instantly, Kungel’s life turned around. He stopped vomiting almost instantly, losing close to 50 pounds. Overall, he says his pain level went from a nine-and-a-half out of 10 to a three out of 10. 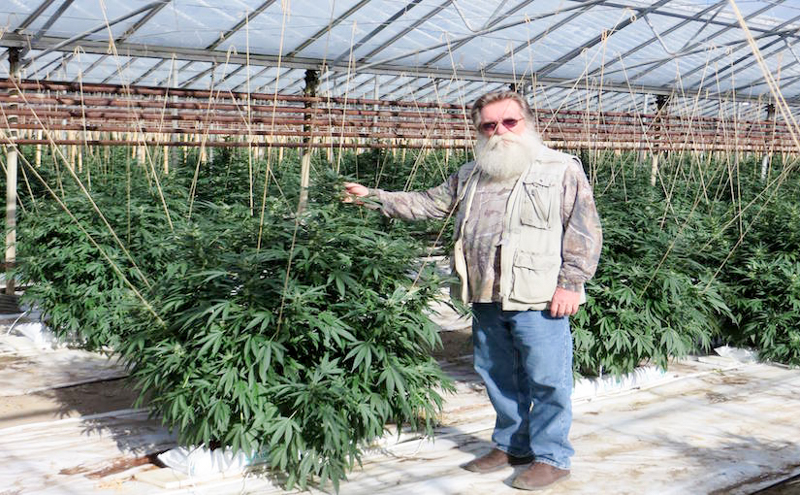 “I could sleep for the first time in 20 years. The feeling that my arms have been ripped off relieved.”

Shortly after stopping his cannabis regimen, however, Kungel got another shock.

After passing blood, doctors diagnosed him with cancer of the bladder. They told him it was terminal. Finally, after a poor reaction to the immune system treatment he was taking, Kungel decided he had had enough. He restarted himself on a cannabis protocol, which, after close to a year, lead to his doctors declaring him cancer free.

After weaning off his treatment, however, Kungel’s cancer came back. A recent study has determined that cannabinoids, marijuana’s psychoactive compounds, can reduce tumor growth in living test subjects.

He explains that in his research, one common theme he found in alternative cancer treatments was the elimination of all non-fruit or vegetable sugars. “I learned how acidic I was. I checked my pH level and I was at 3.5. I call it the dead zone, cancer loves this environment.”

He immediately started himself on an “alkaline” diet, in an attempt to raise the pH of his body. He would drink a daily smoothie that consisted of an array of nutrient-dense foods, such as Brussels sprouts, radishes and blueberries. Within days, Kungel says his pH was at a healthy level.

Chico Ryder was 11 years old when he was diagnosed with a Stage III embryonal rhabdomyosarcoma, an extremely rare form of soft tissue cancer. After his diagnosis, his family moved to Los Angeles, where medical marijuana is legal.

Chico Ryder was 11 years old when he was diagnosed with a Stage III embryonal rhabdomyosarcoma, an extremely rare form of soft tissue cancer. 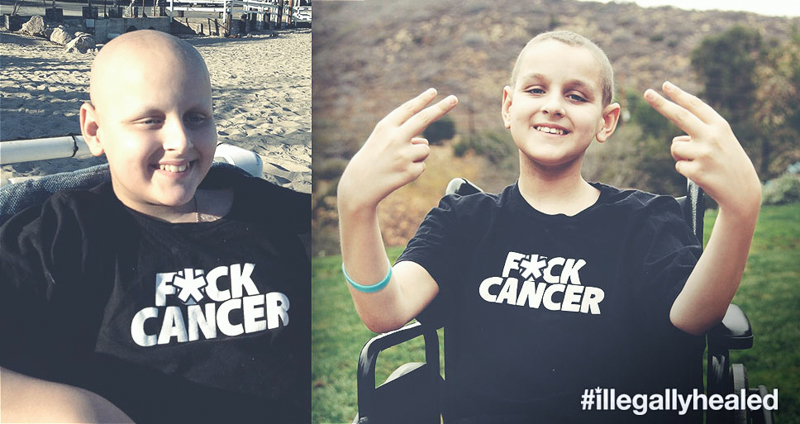 From February to March 2013, Chico underwent 28 sessions of radiation therapy. These treatments caused him painful side effects, including vomiting almost every day and painful nerve damage. 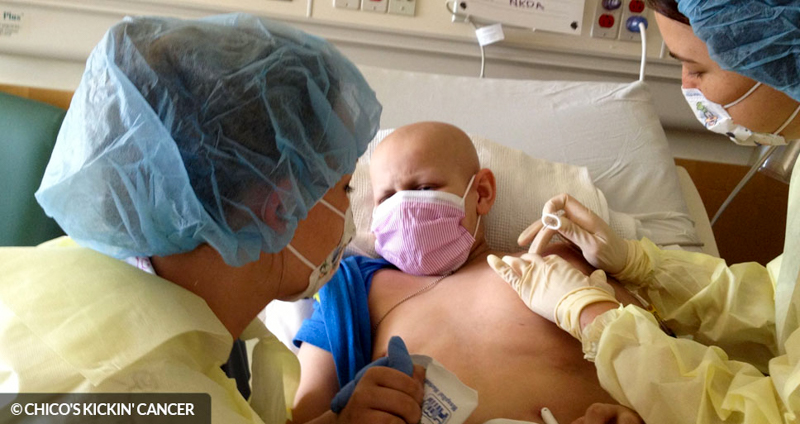 Soon after his radiation therapy, mother Angela Ryder says that doctors put Chico on Marinol, a synthetic form of THC, the main psychoactive compound (or cannabinoid) in marijuana. Shortly after, some of the nurses quietly took her aside, explaining that, “the real thing worked much better.” While at first she was skeptical, after discussing it with her husband, they put Chico on a combination of two cannabis oils. The first oil was high in THC, while the other contained a high amount of cannabidiol, known as CBD, a cannabinoid thought to have potentially wider medical applications than THC.

Though she credits cannabis with helping to cure Chico’s cancer, Angela says that the drug must not be looked as a “miracle cure-all” in response to all cancer, pointing to studies that show that a combination of chemotherapy and cannabis oil have the highest rates of success. In the future, Angela says that she hopes more research is put into the drug’s medicinal applications, specifically what ratios of cannabinoids work best for what cancers, so that people aren’t guessing with their lives.

It wasn’t until over half a year after Kungel started his alkaline diet that his doctors, understandably upset about him discontinuing treatment, would see him again. When they tested him, they were shocked with the results – Kungel was cancer free for a second time.

In addition to this treatment, Kungel would eat three grams of decarboxylated cannabis daily, as well as vaporizing. Today he continues to use cannabis for its health benefits. 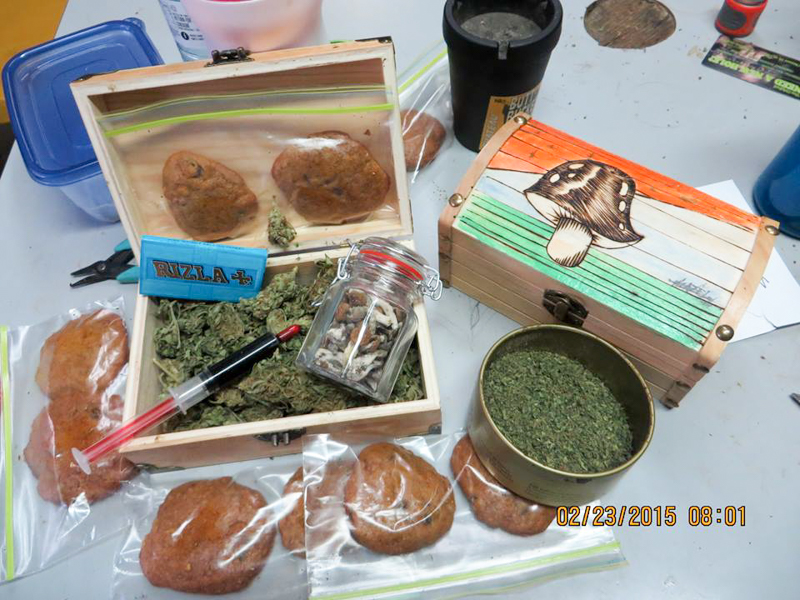 It has been four years since Kungel was told his cancer was terminal. In the two years following his diagnosis, he consumed over 650 grams of cannabis oil. In addition to this treatment, he would eat three grams of decarboxylated cannabis daily, as well as vaporizing. Today he continues to use cannabis for its health benefits.

Earlier this year, his physician confirmed he was still cancer free after an appointment.

Though Kungel credits the drug with helping cure his cancer, he says that combining such a treatment with an alkaline-based diet is vital. “I have not been this healthy in my life. There is no sixty-day or ninety-day set of rules. It takes however long it takes – you did not get sick overnight.”