Toronto – a city of roughly 6 million people (metro). It’s one of the largest cities in North America and an internationally acclaimed one at that. Naturally, due to its size and diverse amount of cultures there’s a lot to do and see. However there are many things that are important to this burgeoning metropolis that we don’t see every day –  behind closed doors.

Thus, a collaboration between the municipal government, local businesses and other government establishments have made an annual event called “Open Doors Toronto”. The event allows residents to see the processes, organizations and businesses that make Toronto what it is. As someone fairly new to the city myself, I’ve employed the help of a local native to show me around and prioritize what we should see, as there is so much to see that spans across the entirety of the city – making it impossible to see everything in a single day. Despite the weather and the rising water levels (due to incessant rain), we pushed on.

Toronto Cityscape from the Police Harbour Marina – part of which (behind me) was starting to flood.

Our adventure starts at the Toronto Railway Museum, a historic piece found in the city centre close to the infamous CN tower and Roger’s Centre. At one point, the entire harbourfront and half of downtown was an elaborate rail system, and continued to be so until fairly recently. The docking bay for the locomotives is still standing, though not in use, it is still in great condition. The downtown railway started being ripped up in the 70s through the 80s to make way for the development of the CN tower (which was fittingly named after the infamous Canadian Rail company) and the surrounding area, though much of the rail still survives today and some of which is used to this day – for passenger trains rather than freight. The museum has several well kept engines from a variety of different eras, and an assortment of antiques that could be found throughout the ages of our lovable caboose and its history. 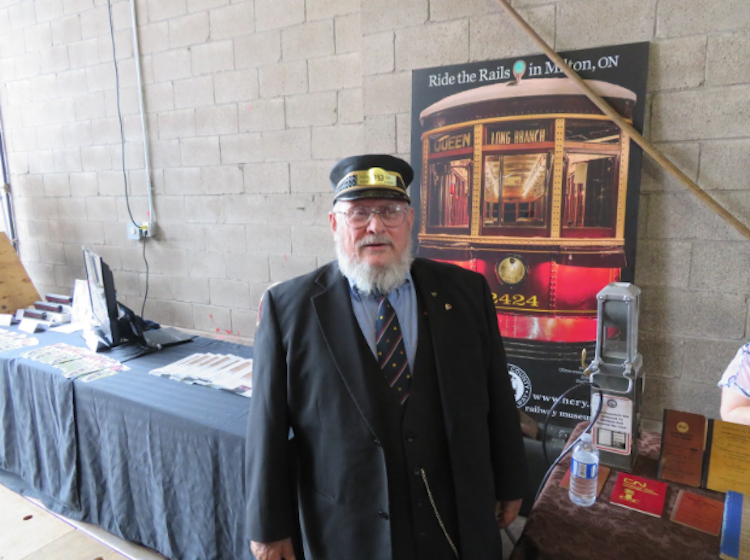 An old retired engine from the early 20th century, out front of the museum 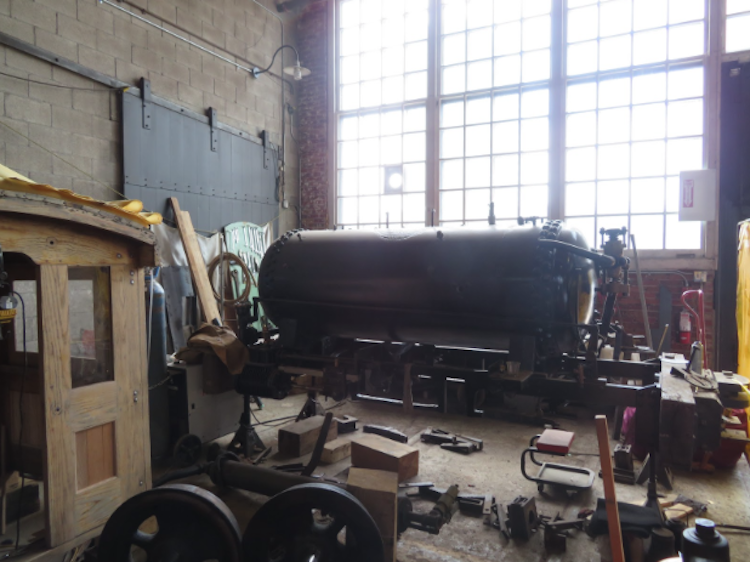 Next stop, the Police Marina on the Harbourfront – a place aboard the NOPE train amongst the more criminally inclined, but an interesting location nonetheless. The largest police coast guard operation in the nation, this small but effective garrison has been tasked with patrolling and responding to calls throughout the entire Golden Horseshoe, a large region in Southern Ontario that encompasses the western end of Lake Ontario and the outer boundaries including Lake Erie and the Georgian Bay. A small force of 50 people, comprising of volunteers and full time police officers, some even being school teachers during the week. And yet despite these numbers they are able to do their patrols seamlessly. Quite impressive if you ask me.

Regardless of the water levels being so high, they allowed the crowds into the marina, but had the docks barred off as they would have an “insurance” issue on their hands if someone was to fall in. All of them have their captain’s license, allowing them to be “skippers” in a pinch, and one in every four is a certified diver, making this force pack a punch despite its size, and very well trained. Not only are the officers and their vessels taking shelter in the marina, but also a colony of barn swallows (now endangered and waiting to be moved to a sanctuary) and a stray cat that they saved from drowning and adopted. Minds of steel, hearts of gold – as a mainlander who gets sick around seawater, I admire these men and women.

Front view of the docking area and Marina

The oldest vessel in the Marina, commissioned to a local boat builder in the 20s, the Police still use it as a ceremonial piece and is the only one left made of wood.

Left: A Zodiac Mil-Pro, a marvel of modern engineering. The Marina has 4 of these in operation.

Centre: One of the main liners

A patrol coming into the harbour for lunch

“There can’t be anymore paramilitary sites, right?” WRONG. Toronto harbour also has it’s own fire station – and thank god. Why you say? Because the city has dealt with countless potential tragedies and some infamous fires in the area. Though small in comparison to various other halls in the city it is equipped with a standard fire truck and a marine engine, a vessel with the capability to fight fires on the water. It also has a pickup for general purpose and an antique engine on display. Every part of the station except for the individual offices, bunk space and the water engine were free game, so me and my partner in crime took advantage of the situation and scoped it all out.

The pickup with the newer Engine in the background

If you’re not familiar with Toronto, you’d be surprised to know that the city has two airports – the International Pearson which most are familiar with and a smaller and more localized one that goes by the name of Billy Bishop, the latter being our next stop.

Named after an infamous WWI veteran and ace, the late Billy Bishop was officially credited with 72 victories, a recipient of the Victoria Cross and one of the best aces of the war. One of many tributaries to his name, the airport is used by small liners including Porter, located on a small island off the harbour. My companion and I took the underground tunnel and rose into the airport where they had many displays on hand including Billy Bishop’s uniform, and various real objects that were confiscated; including a Kalashnikov.

Confiscated items part 2 (“uzi” only a replica, hence it’s light storage – could be used as a convincing piece for highjacking)

Confiscated items part 3 (Display featuring a Kalashnikov, .44 Revolver, stun gun and a firearm neither myself nor the officer could identify – all transported illegally for black market trade)

And now, ladies and gentleman, what you’ve all been waiting for – the infamous Distillery District! Not only are these hallowed grounds built with old red brick and cobblestone, but home to Toronto’s most aesthetic (and tasty) brew pubs and bistros.

Here, we set off for the Mill St Beer Hall on Tank House Lane, a pub which has it’s own brewery inside. The gentleman showed us the basics of brewing, the industrial carboys, the various hops they use, and provided samples to try, whilst lamenting how he’s gained a beer gut since he started working there. No doubt the product is a perk provided to the employees. They were particularly excited about their new Calgary opened brewery, their main Brewery in North York and the whiskey they’ve started distilling there on location. 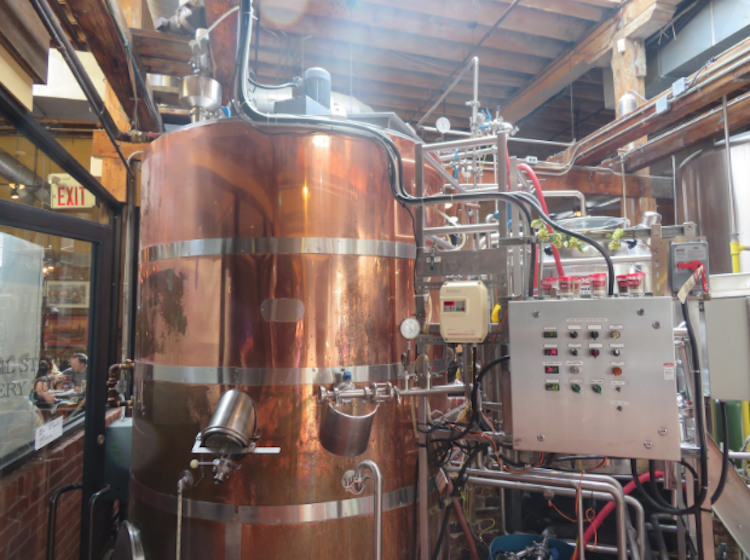 The various carboys used for brewing in this locale

A display of the styles of taps

And lastly, myself (left) and my local guide enjoying our sample – bidding you adieu!