With the legalization of recreational marijuana use in some states, the pot industry is rapidly expanding. In a study by The ArcView Group, the marijuana industry is one of the fastest growing markets in the U.S. with a 74 per cent increase from $1.5 billion in 2013 to $2.7 billion in 2014. By 2019, the industry is expected to be valued at $10.8 billion.

The amount of consumers, whether for medical or recreational, has also risen. In Colorado alone the number of patients approved for medical marijuana cards rose from 80,558 in 2011 to 111,804 by the end of 2014.

With marijuana consumption on the rise, companies are finding innovative ways for the consumer to get high, no longer being confined to the two traditional methods: smoking or baking. These new innovations are making typical pot smokers look like luddites in comparison.

From edibles ranging from hard candies to cannabis-spiced almonds, pot-products have taken a more casual approach, trying to erase the negative stigma associated with the drug. 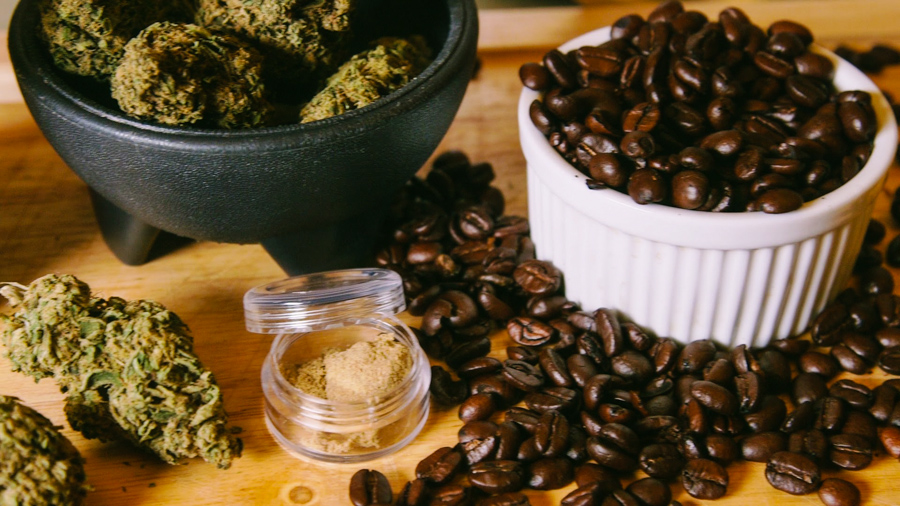 Uncle Ike’s sales manager Jennifer Lanzador compares the energy boost of the cannabis coffee to that of Redbull and Vodka, according to Yahoo. “I had more energy, but I still had the relaxation you get from cannabis,” Lanzandor said.

Extracting the oil from the cannabis plant and infusing it into the coffee, their original blend is said to have a very faint – if any – taste of marijuana, without the aftertaste. Since the coffee is digested instead of smoked, the rate of metabolism takes longer. The products also come in compatible pods for coffee machines. At a steep price of $10 per pod, the company also warns the risk of overconsumption, calling it, “no ordinary cup of Joe.”

House of Jane, a California-based coffee brewing company also sells cannabis coffee with a variety from medium roast, dark roast, decaf and mocha. The five-month-old company is looking to expand by adding stores in Nevada and additional flavours such as a Frappuccino.

According to their website, the effects after consuming the coffee begin within 15 minutes and lasts from three to five hours. Originally for recreational purposes, the company plans to move toward medical marijuana.

Emily Paxhia, co-founder of Poseidon Asset Management, an asset manager specializing in marijuana-related investments said in Yahoo, “The more that cannabis can be consumed in forms that are familiar to broader populations, the more interesting it’s going to become to a mass market.”

According to IBISWorld, more than half of all marijuana revenue this year is expected to come from edibles.

Whether you have never tried cannabis or are looking to try a new take on the magical plant, drinking marijuana-infused coffee in the morning will offer an alternative way to get a high, and a new meaning to the phrase, “wake and bake.”