Jessica Perry gets undressed and lies flat on a table. As she gets decorated with flowers, leaves, and bamboo sheets, she is preparing herself for a typical day on the job using her body as a living sushi platter.

The 20-year-old Vancouver native has been a naked sushi model since July, working for a catering company called Naked Sushi that employs the Japanese tradition of nyotaimori—the serving of sashimi or sushi from a woman’s naked body.

Having worked as a freelance model for the past three years, Perry was approached by Mike Keenan, the head chef for Naked Sushi, who asked if she would be interested in being a model. He was looking to expand his Toronto-based catering company to Vancouver, and he told her she had “the look” he was searching for. 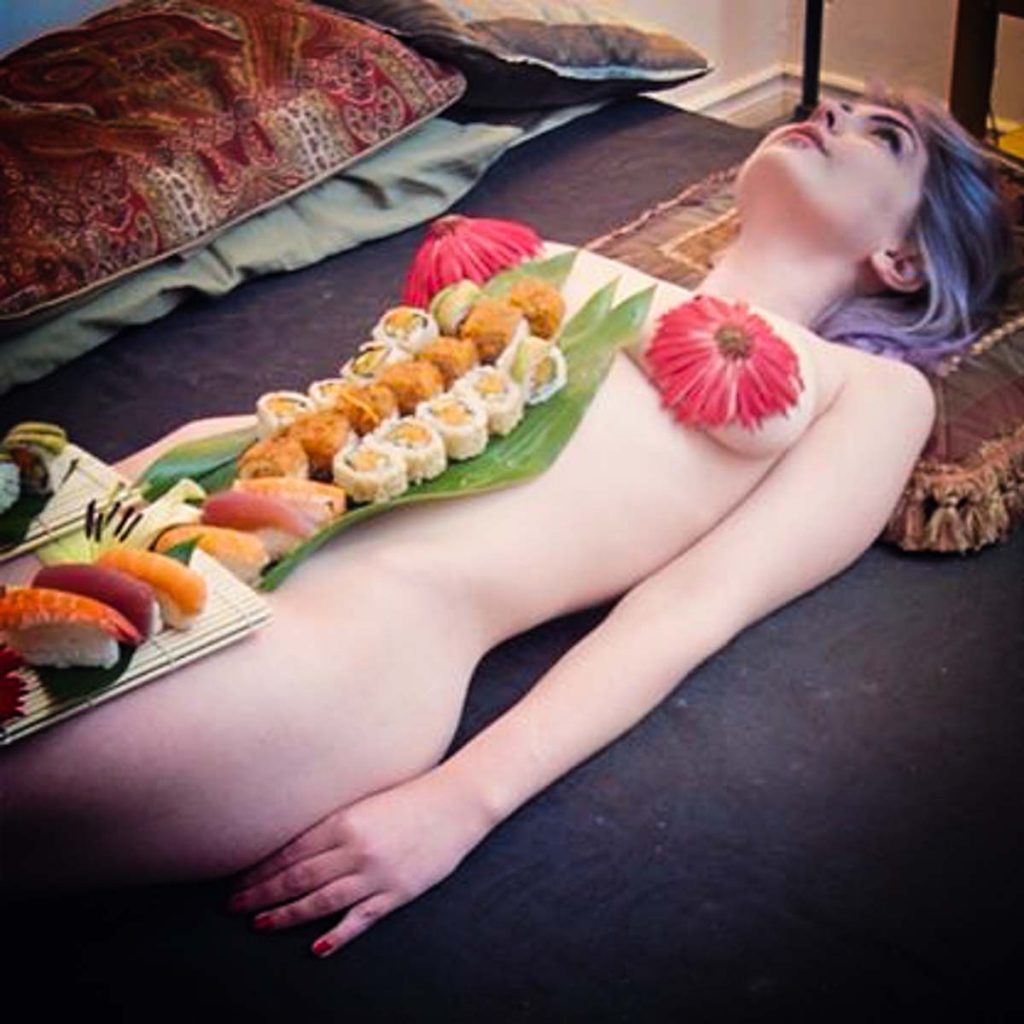 Intrigued by the offer, Perry researched the practice of nyotaimori and contacted some models that have worked with Keenan in Toronto. It didn’t take her long to make a decision.

“I found it fascinating and actually quite beautiful, especially when I saw the kind of work Mike did,” Perry says.

“That’s why I talked with the Toronto models. They’re the ones that kind of set the deal for me. They had nothing but praise for [Keenan]. He was very kind, he was responsible, and he was very professional.”

A typical shift for a naked sushi model usually consists of 10 to 15 minutes to prep the body with decorations and sushi and an extra hour or two serving food at events such as birthdays, bachelor, and bachelorette parties. According to Perry, each model usually makes $100 an hour.

Despite the fact that being a naked sushi model was her own choice, Perry and the company she works for have faced a number of critics.

A petition posted on SumOfUs.org urges Vancouver Coastal Health to look into the health risks of eating raw fish off a human body and “to close down this disgusting business.”

Although it isn’t clear how many people have signed the petition so far, Perry says those who started it didn’t take the time to do the proper research on the health risks. 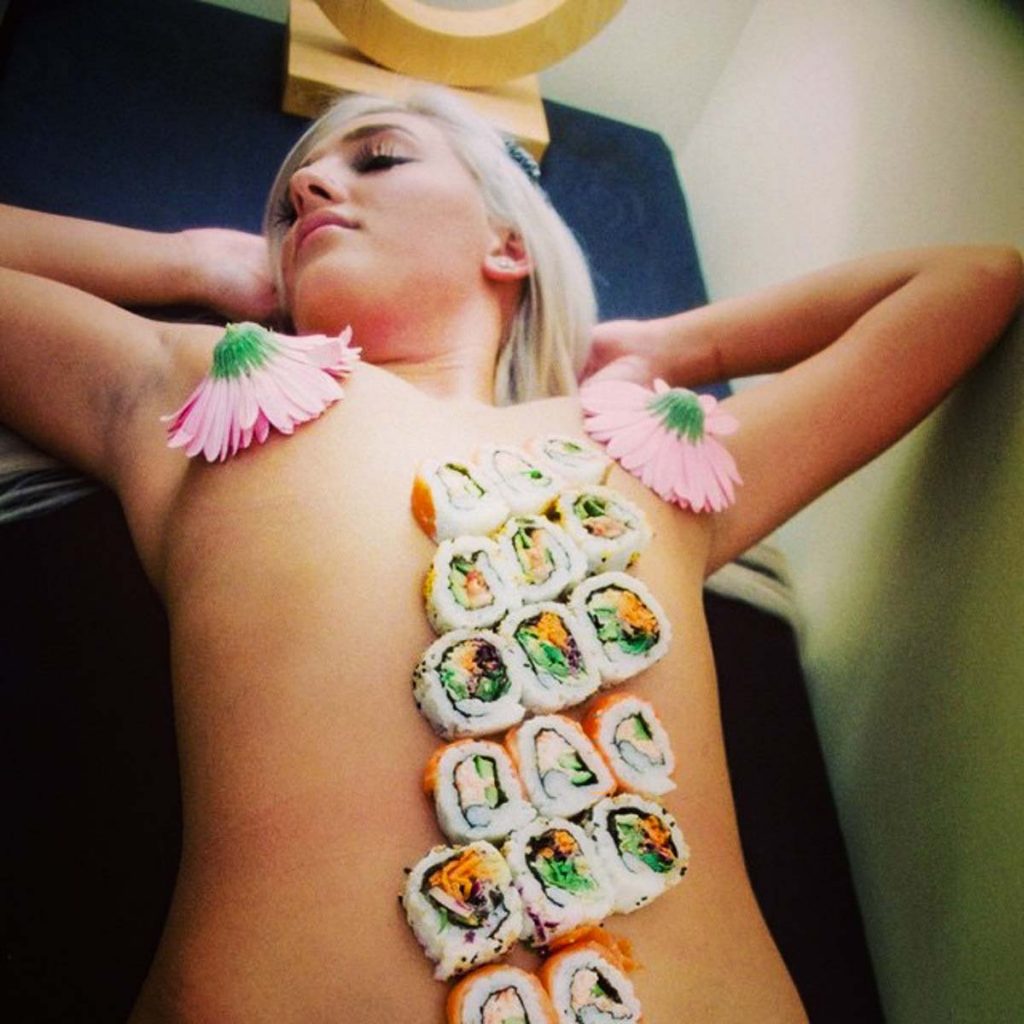 “There’s always something that’s keeping the contact of the sushi off of the model,” she says, noting that leaves and bamboo sheets are placed on her body to avoid cross-contamination.

“Sushi is meant to be served chilled,” she adds. “The human body is naturally quite warm. The temperature changes are not only uncomfortable for the model, but also bad for the sushi.”

SEE ALSO: At this new restaurant guests can enjoy their food completely naked

Perry disagrees. “When the petition started and when people started going off and saying that what we were doing was setting women’s rights back, if you really think about it, we’re actually doing the opposite,” she says. 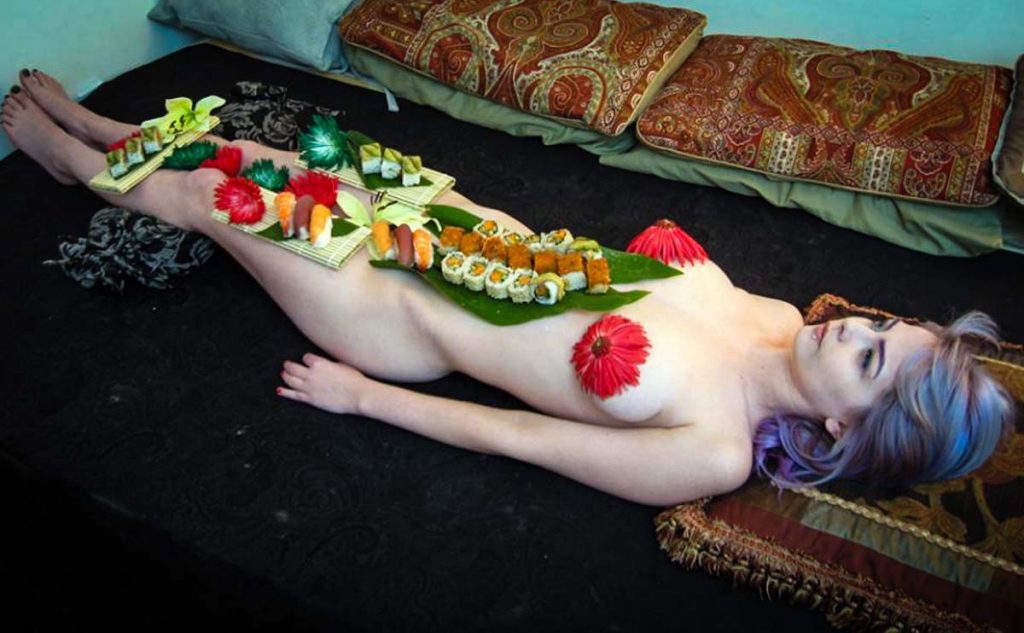 Perry adds that negative incidents at events are very rare because the company goes through a strict screening process when picking potential clients.

As well, a rule of nyotaimori is that people are not allowed to speak to the models—partially in respect of the practice, but also to help them concentrate on keeping the sushi on their bodies.

“People who would objectify are people we don’t cater to,” Perry says, noting that the only time she encountered a problem on the job was from a woman who had issues with the way her body looked.

“We only cater to people who actually have an appreciation for what it is we’re doing and the beauty that comes from it.”

And while Perry herself has ambitions to be a youth justice worker in the future, she is perfectly content being a model for the time being.

“I’m happier in this job than I’ve had in any other job,” she says. “I feel confident. I feel proud of myself. I’m happy that I can work my hours when I want to, when I need to.” 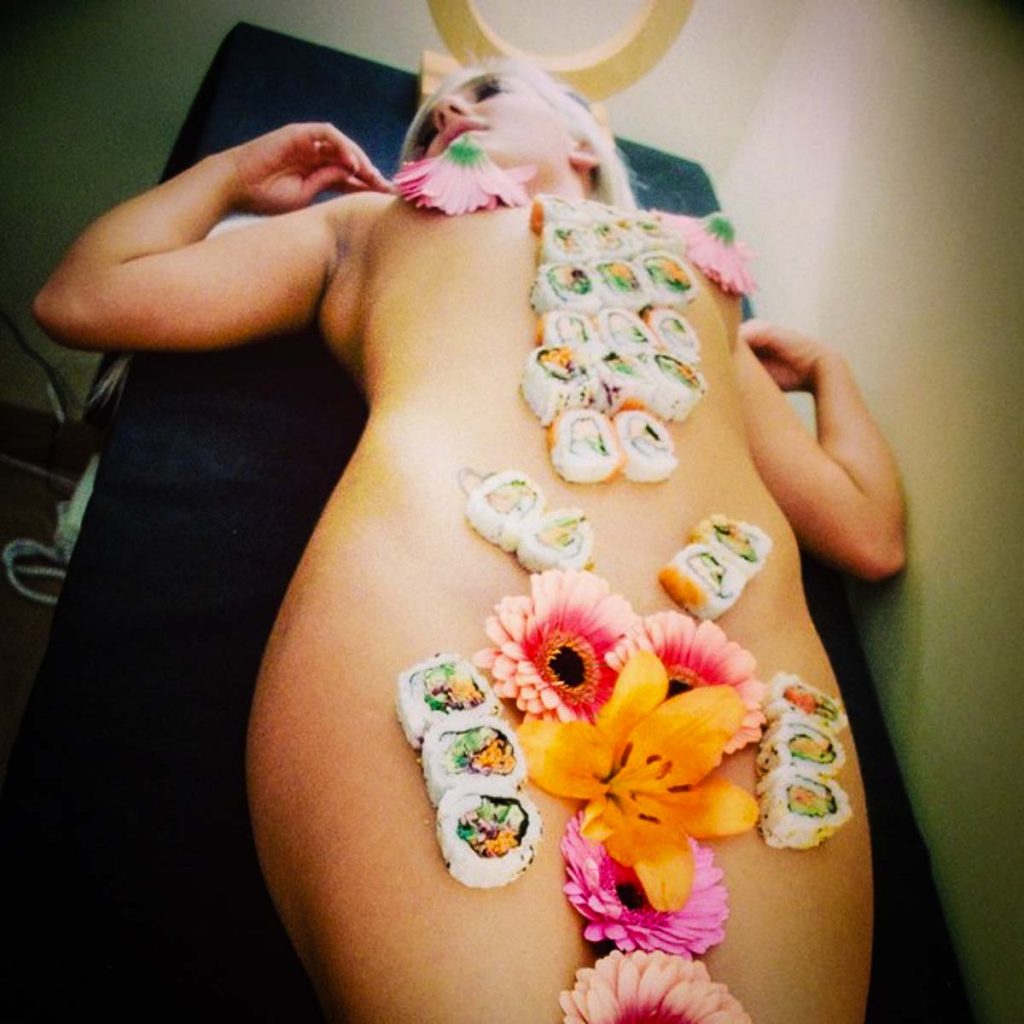